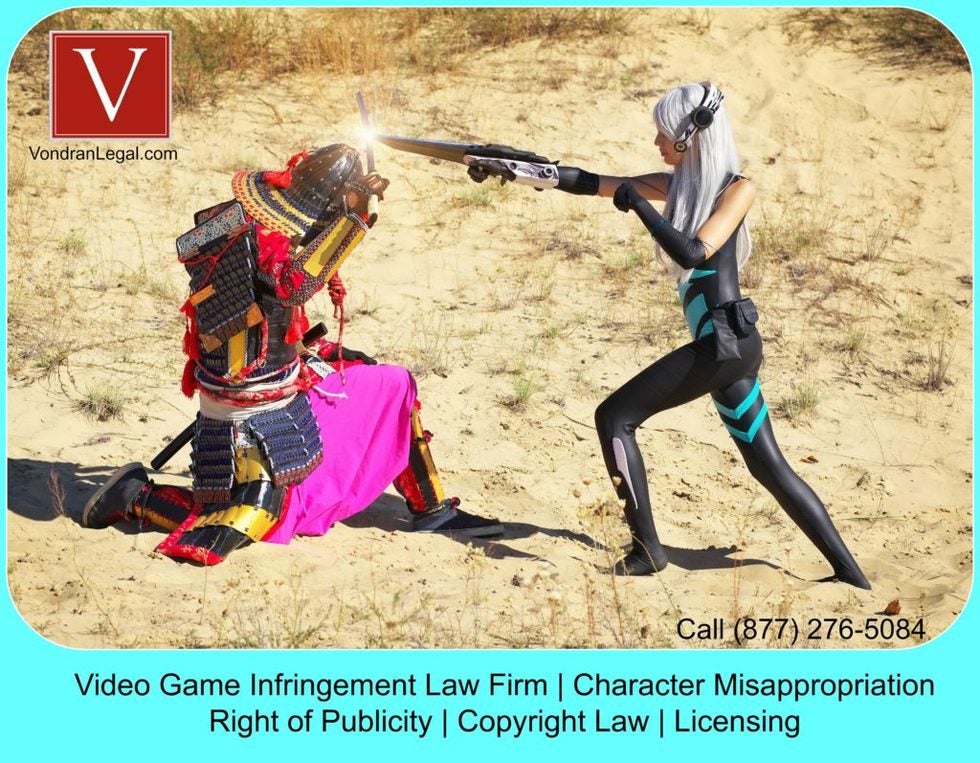 We have appeared in over 200 federal court litigation cases involving copyright infringement matters.  We were recently identified as THE top copyright litigation DEFENSE FIRM in the United States.  In this area of law there is no substitute for experience.

Plaintiff's own the copyright in the popular World of Warcraft video game franchise. Plaintiffs filed suit for copyright infringement against Defendants alleging that Defendants mobile games infringe upon the World of Warcraft works. Defendants then filed a motion to dismiss for failure to state a claim under FRCP 12(b)(6). The Court granted Defendant's 12(b)(6) motion to dismiss with leave to amend to allow Plaintiffs an opportunity to add the additional detail required by Ninth Circuit case law to their complaint, thereby plausibly establishing with a representative sampling both the copyrightability of their work and infringement.

In response, Defendant uCool, acting independently of its co-defendant, filed a Motion to Dismiss for failure to state a claim under 12(b)(6) or, alternatively, a motion for a more definite statement under FRCP 12(e).

Whether Plaintiff's sufficiently plead copyrightability of the Warcraft characters and representative infringements that Defendants allegedly copied?

When filing a complaint, the plaintiffs must follow Ninth Circuit precedent to ensure the complaint sufficiently details both elements of copyright infringement of characters and infringement.

Under Fiest, To state a claim for copyright infringement a plaintiff must plausibly allege two elements:

(2) copying of constituent parts of the work that are original.

In its Motion to Dismiss, Defendants argue Plaintiffs failed to sufficiently plead either element in the Complaint.

As to ownership, Defendant argues that Plaintiffs failed to identify “a single copyright they claim uCool infringes” or “the owner of any copyright they claim uCol infringes” and contends that Defendants lack standing to bring suit. The Court rejected this argument given that Plaintiffs Complaint expressly alleged that they own the copyrights in the Warcraft Works and that these copyrights are the works that Defendant is infringing. Moreover, Plaintiffs filed a supplemental brief, which contained a comprehensive list of the copyright registrations at issue. Thus, the Court found this was enough to sufficiently plead copyright ownership of the Warcraft works, and survived a motion to dismiss on these grounds.

The Court disagreed and distinguished this case from Towle, where the Ninth Circuit extended copyright protection to the Batmobile “character” only after DC Comics extensively catalogued the famous car's distinctive characteristics.

By contrast, the Court found that Plaintiffs complaint made only conclusory statements that their characters are “distinctive… with names, distinctive physical appearances, clothing, weapons, traits, abilities, and ongoing stories.” Thus, the Plaintiffs failed to meet their burden of alleging– with sufficient detail– copyright ownership in the characters from the Warcraft works.

In addressing the copying element, Defendants argue that Plaintiffs fail to identify the aspects of Plaintiff's work that the mobile game “Heroes Charge” infringes.  To successfully plead copying, Plaintiffs are not required to specify each and every instance of infringement at the pleading stage. Rather, courts approve a complaint that simply alleges representative acts of infringement, rather than a comprehensive listing. In its Complaint, Plaintiffs alleged:

“Dozens of characters from ‘Hero Charge' are derived from and substantially similar to Blizzard and Valve's characters”; “all of nearly all of uCool's publicly disclose heroes are copied; “certain settings, terrain, background art, and other assets. Infringe on protected elements of their games; and “many, if not all, of these characters are copied or derived from images of characters in the Warcraft universe”.

The Court found Plaintiffs allegations “sweeping” because they fail to apprise uCool or the Court of WHICH “Heroes Charge” characters infringed WHICH characters from WHICH of Plaintiff's numerous games, related products and merchandise.

The Court reasoned that a plausible claim would require that Plaintiffs submit a representative sampling of infringed content, pleading infringement with the level of detail required by the Ninth Circuit and establishing that the content and the characters at issue are copyrightable. Absent such representative acts of infringement, the Court stated is cannot meaningfully evaluate the plausibility of Plaintiff's allegations regarding the appropriation of Plaintiff's copyrighted Warcraft works. Thus, the Court granted Defendant's motion to dismiss, but with leave to amend for Plaintiffs to cure the deficiencies in the Complaint.

Because Plaintiffs failed to state a plausible claim for copyright infringement, the Court granted Defendant uCool's motion to dismiss with leave to amend its complaint to address the deficiencies. Given that the Court concluded that the Complaint should be dismissed on 12(b)(6) grounds, it did not need to reach Defendants F.R.C.P. Rule 12(e) request for a more definite statement, as the amended complaint would serve the same purpose.

VideoGame.LAW - we offer services in the following areas:

We can help both Plaintiff copyright holders and those accused of infringement (defenses cases).  We have a strong background in copyright law and have extensive federal court experience.  Call (877) 276-5084 for a free initial consultation or email us through our contact form.

You can review our past client reviews here.