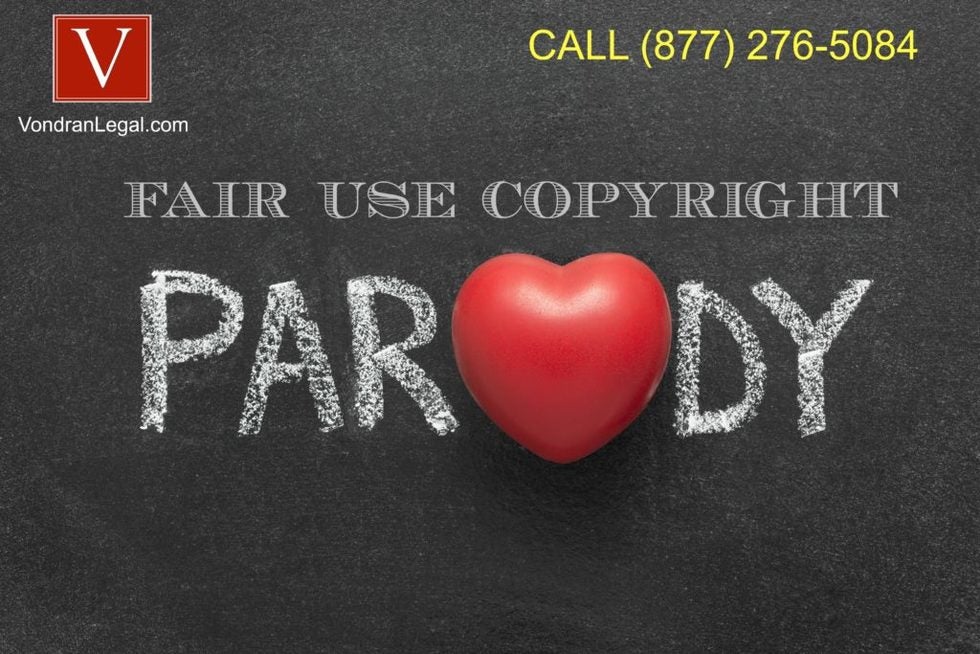 This case is about a copyright infringement action involving a stage parody version of a famous movie.  If you are making a parody, it makes sense to have a intellectual property law firm review your script and storyboard before making a substantial investment in your movie or film.  This blog discusses the fair use defense and how, if applicable, the parody work becomes a protected “transformative” work that does not infringe on the original work being parodied.  As they say, however, “Parody is like shooting at the king, you better not miss.”

Plaintiff's parody parallels the character and plot elements from Point Break and almost exclusively uses dialogue from the screenplay. On top of elements from Point Break, the Plaintiff added jokes, props, exaggerated staging, and humorous theatrical devices. Additionally, Plaintiff added a set of film-production characters in the PBL parody, including a director, cinematographer, and production assistants. Plaintiff does not possess a copyright or license to the Point Break motion picture.

A production agreement executed between the parties in 2007 established that Defendant would stage a two-month production run of PBL from October through December 2007. Shortly after the execution of the agreement, Defendant came to believe that Plaintiff did not own any rights to the PBL parody play and sought to negotiate a production agreement wherein Defendant could produce the play without further payments to Plaintiffs. Plaintiff refused to negotiate, threatened suit, and registered a copyright in PBL. Keeling's asserted copyright in PBL became effective on January 4, 2008. Defendant continued to stage performances of PBL for four years thereafter without payment to or authorization from Plaintiff.

In December 2010, Keeling brought suit against Hars, New Rock, and New Rock investor Ethan Garber, asserting claims for copyright infringement, breach of contract, and tortious interference with contract. The jury in the District Court trial returned a verdict in Keeling's favor in the amount of $250,000, finding:

(a) that Keeling's use of material from the film Point Break was “fair use in the way of a parody,”

(b) that Keeling was the sole owner of the copyright to PBL,

The District Court also rejected defendants' argument that a script heavily reliant on theatrical devices, as was PBL ‘s, could not lawfully constitute original creative expression deserving of copyright protection.  Finally, the Court found that multiple outstanding issues of material fact remained—including whether PBL constituted a “fair use” parody of Point Break and whether PBL contained sufficient originality to merit copyright protection.

In December 2012, the case proceeded to a five-day trial by jury. The District Court entered judgment on jury verdict for author and granted permanent injunction. Alleged infringer appealed.

VIDEO:  Click on the image above to see this video.  Make sure to SUBSCRIBE for free updates when we launch new videos.  As we like to say “Be Smarter Than Your Friends.”  Just click on the Red “V” for Victory when the video opens.

Whether a successful claim of fair use creates a new copyright in a derivative work such that there is no infringement of the original copyrighted work,

Yes.  if a Defendant can establish “fair use” of a copyrighted work (ex. software program, mobile application, painting, poster, etc.) the work becomes a “derivative work” and is protected by copyright law.

“The Copyright Act principally offers copyright protection for “original works of authorship.” 17 U.S.C. § 102(a). Pursuant to the statute's terms, authors may control the copying of their original works and also retain “the exclusive rights” to “prepare derivative works based upon the copyrighted work.”17 U.S.C. § 106. Thus, unauthorized derivative works are typically afforded no copyright protection because they unlawfully infringe the exclusive rights of the original author.”

The pertinent jury instructions on fair use were as follows:

The concept of what constitutes a lawful parody was discussed:

“A proper parody is something which generally ridicules to some extent, makes fun of, makes light of the original. The amount of script taken from the original cannot completely go beyond the needs of the parody. But if the amount of script used is reasonably related to the production of the humor, the ridicule, the lightheartedness and so forth that is a legitimate parody and that is fair use.”

Under Section 107 of the Copyright Act, certain unauthorized “fair use of a copyrighted work,” for purposes such as criticism, comment, news reporting, teaching, scholarship and research, “is not an infringement of copyright” and thus is lawful. 17 U.S.C. § 107.

The case also discussed what constitutes an improper jury instruction (thus subject to reversal on appeal):

The Court considers Defendant's challenges to PBL as a “fair use” and Plaintiff's ownership of a copyright in PBL, and whether the District Court's jury instructions were erroneous.

The Defendant did not dispute the fair use claim. Instead, Defendant argued first that an unauthorized derivative work like PBL categorically may not receive independent copyright protection, regardless of whether it makes fair use of its source material. Defendant claims that while the Plaintiff might have a case for fair use as employed as a defense against action by the copyright owner of Point Blank, because of its unauthorized derivative nature, it cannot be used to proactively enforce copyright rights.

The Court rejects this argument, citing the Copyright Act, which gives derivative works “independent” copyright protection. The Court concluded that if the Plaintiff could establish fair use, then its parody would not be considered an unauthorized derivative work. It quoted legislative history saying:

“[u]nder this provision [ (i.e., Section 103(a) of the Copyright Act) ], copyright could be obtained as long as the use of the preexisting work was not “unlawful,” even though the consent of the copyright owner had not been obtained. For instance, the unauthorized reproduction of a work might be ‘lawful' under the doctrine of fair use or an applicable foreign law, and if so the work incorporating it could be copyrighted.”

Second, Defendant argued that if an author's original contributions to a derivative work consist solely of non-copyrightable individual elements, those contributions cannot support a copyright. The Court again disagreed with Defendant, reminding the Defendant that copyright law protects arrangements of unprotectable elements.

Third, Defendant challenged the jury instructions. Defendant set forth two arguments: first,  the District Court improperly excused Keeling from proving that her original contributions to the PBL script were sufficient to merit copyright protection; and second, she argued that the District Court failed to enumerate the four statutory “fair use” factors in its instructions to the jury.

The Court held that neither constitutes plain error. The Court reasoned that while the District Court did not offer a discrete, explicit instruction on the requirement of originality, it did sufficiently instruct the jury on the originality requirement to survive plain error review. The Court held that while the district court may have been clearer in its instructions by separating its instructions of fair use and originality, its combination of these elements into one instruction was not opposed to established law and it did not affect Defendant's substantial rights.

The Court also rejected Defendant's challenge to the district court's failure to explicitly enumerate in its instructions all four of the fair-use factors listed in 17 U.S.C. § 107.

As a legal matter, the first factor—“the purpose and character of the use,” 17 U.S.C. § 107—is the most important. The Court held that the district court properly emphasized the first factor and accepted the district court's rationale: the desire to “put a little more content on the discussion,” which the “list of factors” alone lacked. While the Court admitted it would have been preferable to list the factors, the Court found that no legal harm was done, and even if there was a legal error, the failure to instruct the jury on the other factors would not affect Defendant's substantial rights.

The Court in this case established that a successful claim of fair use creates a new copyright in a derivative work.

VIDEO:  Click on the picture above to watch this video.  Make sure to SUBSCRIBE to our popular legal channel and to get fair use case law updates when they hit.  We are now over 7,600 subscribers and over ONE MILLION video views.

Our firm is a leader in the field of intellectual property / copyright law.  If you have a legal issue involving transformative uses, software infringement, fair use defense or other copyright law issue, contact us to discuss at (877) 276-5084.