London Has Fallen suggests it might seize your bicycle for allegedly pirating their movies?

London Has Fallen Updates 2017 – Financial Hardship and the extent they might go to make you pay for allegedly downloading their movies on Bittorent. 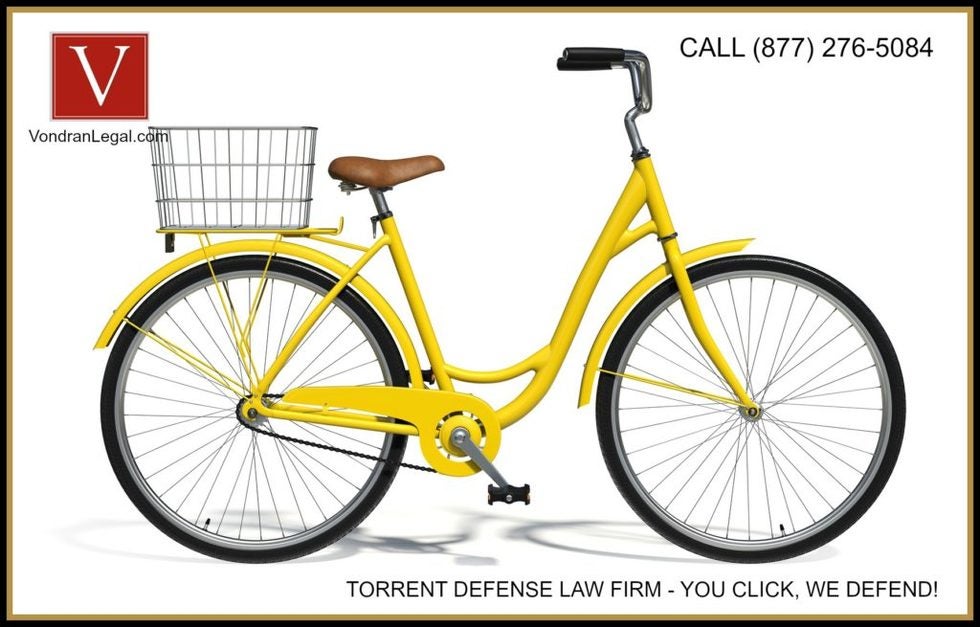 My firm has dealt with many types of financials demands before, but here is one I recently received that just made me go “whoa, really.”  It deals with an attempt to resolve an alleged LHF movie download case where I sought to try to get a case closed (where they are seeking $4,900 for an alleged movie download) and merely raised the issue of a financial hardship.  The response I received seemed really over the top and had me wondering if LHF would really try to seize someone's bicycle, tools, or furniture as means to a settlement of a case???  Would they really do that?

Here was the message I received from LHF representative responding to the question of a financial hardship and what they would apparently require to consider such:

“LHF will need copies of tax returns for 2013-2016, current pay stubs, copies of documents showing all indebtedness including credit card statements over the last year and outstanding loans and a list of all real or personal property assets, including but not limited to a list of any and all media subscriptions such as telephone, cable, etc., memberships, bank and savings accounts, trust accounts, recreational equipment and gear, tools, furniture, appliances, electronic devices, firearms, jewelry, motorized vehicles (automobile, motor cycle, snowmobile, boat, etc.) or other means of transportation such as bicycles owned, possessed or utilized independent of others with a claim to the property.   (emphasis added).

Does this suggest that when considering financial hardship LHF wants a list of all jewelry owned, and bikes and tools owned and a list of all your furniture?  If true, this is really a first.  Something to consider if you find yourself in this type of incident.  Is this what we have become in America?  If so, I think it is really disgraceful.

Here was some language pulled from the federal court caselaw dealing with LHF lawsuits and potential penalties a court might order: “The Court will also award LHF $750 in statutory damages for Defendants' infringement of the same “seed” file of  London Has Fallen. The Copyright Act allows plaintiffs to choose between actual or statutory damages.  See 17 U.S.C. §§ 504(b), (c)(1). The range of statutory damages allowed for all infringements involved in an action, with respect to any one work for which any two or more infringers are jointly and severally liable, is $750 to $30,000. 17 U.S.C. § 504(c)(1). District courts have “wide discretion in determining the amount of statutory damages to be awarded, constrained only by the specified maxima and minima,” and they can take into account whether “the recovery sought is proportional to the harm caused by defendant's conduct.” See  Harris v. Emus Records Corp., 734 F.2d 1329, 1355 (9th Cir. 1984);  Curtis v. Illumination Arts, Inc., 33 F. Supp. 3d 1200, 1212 (W.D. Wash. 2014) Because the named Defendants in this action were alleged to have conspired with one another to infringe the same digital copy of LHF's motion picture, the Court will award the sum of $750 for Defendants' infringement of the same digital copy of  London Has Fallen. Each of the Defendants is jointly and severally liable for this amount.” LHF argues that a statutory damage award of $2,500 per defendant should be awarded. The Court is not persuaded. Statutory damages are not intended to serve as a windfall to plaintiffs, and enhanced statutory damages are not warranted where plaintiffs do not even try to demonstrate actual damages. Additionally, the Court notes that LHF has not shown that any of the Defendants is responsible for the “seed” file that provided LHF's copyrighted work on the BitTorrent network, and LHF has not presented evidence that Defendants profited from the infringement. LHF's additional attempts to justify imposing enhanced statutory damages are also unpersuasive.  In support of an enhanced award, LHF argues that minimum statutory awards fail to accomplish the goals of the Copyright Act; LHF argues that defendants are actually encouraged to disregard court summons and take default judgments when courts award minimum statutory damages. The Court is not convinced. As noted in other BitTorrent cases within this jurisdiction, “Plaintiff offers no support for the proposition that participation in federal litigation should be compelled by imposing draconian penalties that are out of proportion to the harm caused” by a defendant's actions. See  Qotd Film, 2016 LHF also cites to tweets which appear to mock statutory minimum awards in other BitTorrent cases.  The Court is not persuaded that viewpoints of individuals not named as defendants in this matter should be attributed to Defendants. LHF has presented no evidence that Defendants in this case will not be dissuaded from infringing in the future. Many barriers to accessing and understanding the legal system exist, and the Court refuses, absent evidence to the contrary, to adopt the position advocated by LHF. The Court “is [thus] not persuaded that a higher award is appropriate simply because certain members of the BitTorrent community are not impressed by a $750 award against someone they do not know.” See LHF Prods., Inc v. Does 1-19, No. C16-1175RSM.

If you are accused of downloading a London Has Fallen movie, be aware that this is the type of response you can receive from a representative of this movie company.  We handled numerous cases with copyright holders and we can help you negotiate settlements in these types of cases even if they seek to take your bicycle or tool box.  Call us for a free initial consultation at (877) 276-5084.