A.R.S. 13-3019. Surreptitious photographing, videotaping, filming or digitally recording or viewing; exemptions; classification; definitions. If you have been filmed, taped, or photographed without your consent you may be entitled to monetary damages! 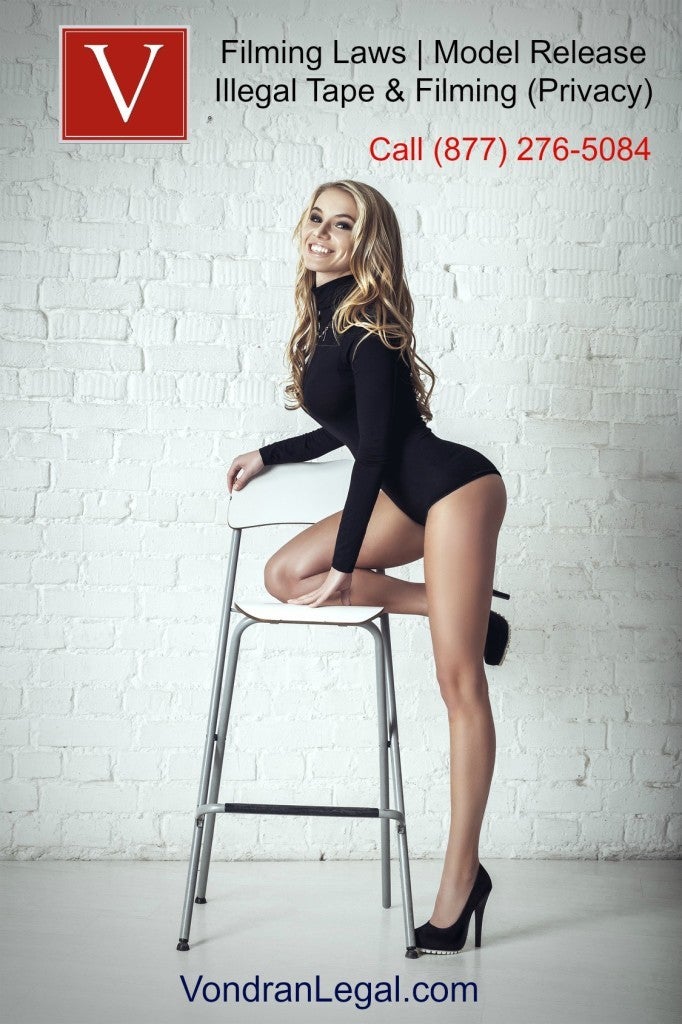 In today's digitally connected internet world, you have to teach your kids to be careful what they are shooting, filming, taking photos of, and how they are using Drones in everyday life.

VIDEO:  Click on the picture above to watch the video and learn something you probably DID NOT KNOW about the First Amendment to the United States Constitution.

A. It is unlawful for any person to knowingly photograph, videotape, film, digitally record or by any other means secretly view, with or without a device, another person without that person's consent under either of the following circumstances:

1. In a restroom, bathroom, locker room, bedroom or other location where the person has a reasonable expectation of privacy and the person is urinating, defecating, dressing, undressing, nude or involved in sexual intercourse or sexual contact.

2. In a manner that directly or indirectly captures or allows the viewing of the person's genitalia, buttock or female breast, whether clothed or unclothed, that is not otherwise visible to the public. [ex. Up-Skirt video / photos]

B. It is unlawful to disclose, display, distribute or publish a photograph, videotape, film or digital recording made in violation of subsection A of this section without the consent or knowledge of the person depicted.

“any person whose wire, oral or electronic communication is intentionally intercepted, disclosed or used in violation of [A.R.S. § 13-3001? § 13-3019] may bring a civil action to recover from the person or entity that engaged in the violation.”

A. Except as provided in title 13, chapter 30, any person whose wire, oral or electronic communication is intentionally intercepted, disclosed or used in violation of title 13, chapter 30 may bring a civil action to recover from the person or entity that engaged in the violation the following:

1. Such preliminary and other equitable or declaratory relief as may be appropriate.

2. Damages in an amount that is the greater of either:

(a) The sum of the actual damages suffered by the plaintiff and any profits made by the violator as a result of the violation.

(b) Statutory damages of one hundred dollars a day for each day of the violation.

4. Reasonable attorney fees and other reasonable costs of litigation.

B. A civil action under this section may not be commenced later than one year after the date upon which the plaintiff first has a reasonable opportunity to discover the violation.

If you feel this section has been violated, call us to discuss your legal rights.  As noted above, you have to act fast as the statute calls for a one year statute of limitations.

2. Photographing, videotaping, filming or digitally recording by correctional officials for security reasons or in connection with the investigation of alleged misconduct of persons on the premises of a jail or prison.

3. Photographing, videotaping, filming or digitally recording by law enforcement officers pursuant to an investigation, which is otherwise lawful.

ATTORNEY STEVE TIP: Note that there are no special exemptions for the Use of Drones that might fly over a neighbors house and take pictures of a nude sunbather or woman in a bikini for example.  Be careful using drones or you can find yourself in legal trouble even if you are posting photos of your hot neighbor for fun or as part of a prank or to try to build your youtube channel with outrageous private videos.

What are the penalties or violations for violating the Arizona unlawful filming and photography laws:

A violation of subsection A or B of this section is a class 5 felony.

G. For the purposes of this section, “sexual contact” and “sexual intercourse” have the same meanings prescribed in A.R.S. 13-1401.

TO find you guilty of a crime, the state prosecutor must prove each of the following elements ( beyond a reasonable doubt): (1)  The crime of surreptitious [recording] [viewing] requires proof that the defendant knowingly [photographed, videotaped, filmed, digitally recorded or by any other means used a device to secretly view or record] [secretly viewed, with or without a device,] another person without that person's consent: (2) While the person was in a restroom, bathroom, locker room, bedroom or other location where the person had a reasonable expectation of privacy; and (3)  The person was urinating, defecating, dressing, undressing, nude or involved in sexual intercourse or sexual contact. (4)  When the viewing was in a manner that directly or indirectly captured or allowed the viewing of the person's genitalia, buttock or female breast, whether clothed or unclothed; and (5) The person's body part was not otherwise visible to the public.

Under A.R.S. §13–1424, it is a criminal offense to “ knowingly invade the privacy of another person without the knowledge of the other person for the purpose of sexual stimulation.” Subsection C defines an invasion of another person's privacy as follows: For the purposes of this section, a person's privacy is invaded if both of the following apply: 1. The person has a reasonable expectation that the person will not be photographed, videotaped, filmed, digitally recorded or otherwise viewed or recorded; 2. The person is photographed, videotaped, filmed, digitally recorded or otherwise viewed, with or without a device, either: a. While the person is in a state of undress or partial dress. b. While the person is engaged in sexual intercourse or sexual contact. c. While the person is urinating or defecating. d. In a manner that directly or indirectly captures or allows the viewing of the person's genitalia, buttock or female breast, whether clothed or unclothed, that is not otherwise visible to the public.

New allegations of breach of patient privacy and illegal video recording in are being filed in legal action against Sharp Grossmont Hosptial in San Diego, California. The lawsuit was originally filed a couple year back but the judge denied class action certification.  The case is pending in Superior Court in San Diego.  Filed Mach 29, 2019.

According to the suit, the illegal video recording occurred from approximately July 17, 2012, to June 30, 2013, (roughly 1,800 women were apparently alleged to have been recorded in the three operating rooms at the hospital's women's center).  The case alleges causes of action for:

VIDEO:  Click on the image above to watch this video.  Make sure to SUBSCRIBE to our legal channel to join over 11,500 other people who love our videos!!

Your call is 100% confidential whether you retain us or not. These types of cases can possibly be taken on a “contingency fee” basis, which means if we do not recover, you do not pay us a dime.  Call for more information.