The Eagles “No photo” Policy – give me a break.

IP thought of the day – Is it legal to prohibit taking photos at a baseball game or concert? 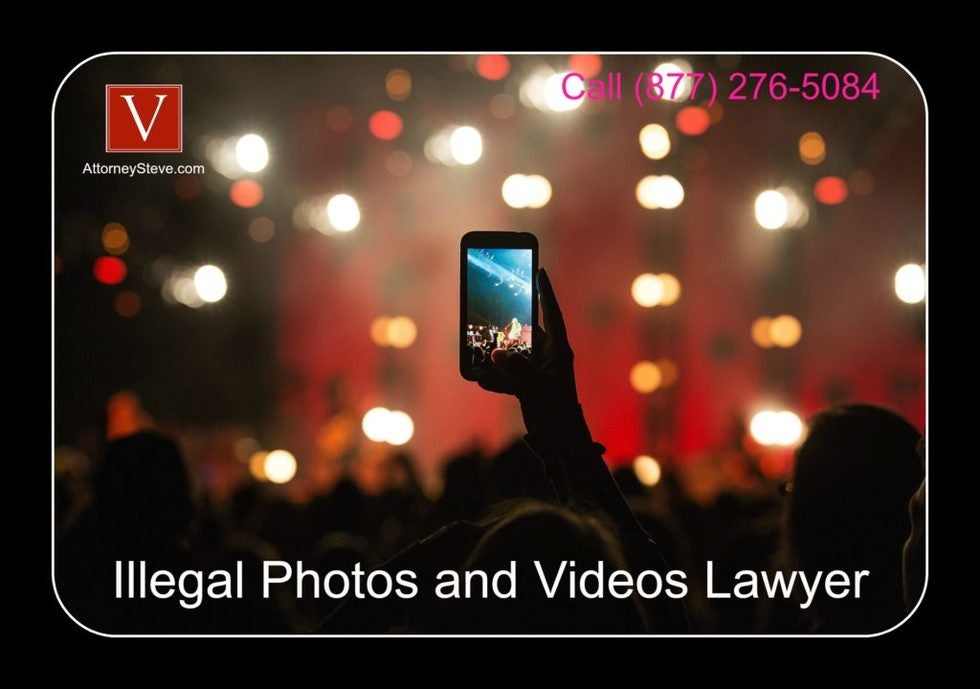 I recently attended the “Classics” concert at Dodger Stadium in Los Angeles.  Two of the headline bands were Fleetwood Mac and the Eagles.  This blog concerns the Eagles “no photos” policy and whether that is legal or not.

Here's how it went down, I scored some great tickets near center stage, VIP twelve rows back.  You could not have asked for a better seat.  When we purchased the tickets (approximately $1,700 each) we were not aware of any Eagles “no photo” policy, at least we did not recall seeing anything like that, and did not believe this formed the basis of the terms of the contract.

However, when we were seated a plethora of security started walking around the area and were telling everyone you cannot take photos of the Eagles (I suppose because you might actually get a good shot that you can keep and give to your kids one day).  So what happened is the band starts playing and next thing you know everyone is taking pictures and videotaping the show.

Now, I will concede that trying to post the video online may violate copyright laws (and maybe that's what they are trying to prevent) but this was not clear to most people who were sitting around us which leads me to believe this was not part of the ticket purchase (contract – you pay the fee, you get the seats).  It seemed like this was an “on the spot” policy unless somehow I am mistaken.

So the Eagles are playing their great songs, and people are pulling out their iPhones and Androids left and right and taking these shots of the band up close.  Meanwhile, security is all over the place essentially going crazy harassing people to put down their phones.  They were like a swarm of bees blocking the view and carrying out this policy that was apparently created by the Eagles.

In the final analysis, it ruined a good part of the act until the photos eventually died down about half way in, resulting in a non-enjoyable first half of the concert.  To me, this is a really stingy policy of the band preventing your fans from enjoying a peaceful show without a swarm of security running around like the “fun cops.”

At any rate, my wife asked me if this would create grounds for a class action lawsuit (against either the ticket company or other), and I told her I didn't know.  It seems like we didn't get the true benefit of our bargain as most people expect to be able to go to a concert and snap photos of our idols.  The fun cops (thanks to the Eagles policy) prevented us from enjoying a good part of their act.  At the prices that people paid all over the stadium, it makes me wonder if this is a good policy or not.  Whether it is a breach of contract or not.

At a minimum the Eagles should re-think their policy.  For me, Fleetwood Mac (who had no photo or video prohibitions) stole the show, and definitely are more likeable as they realize music fans pay good money for not only the show, but the experience, and the ability to take their favorite photos with them. Can you image going to a baseball game and the usher telling you to put your camera down?

Here is a link dealing with Mumford and Sons.  Just so you know guys, WE ARE THE FANS AND WE PAY THESE HIGH TICKET PRICES, WE SHOULD BE ABLE TO WATCH THESE SHOWS THROUGH OUR CELL PHONES IF WE WANT TO.  DON'T FORGET THE CUSTOMER.

Just my thoughts for the day.

Here is an answer I just posted on Quora:

"Check your ticket stub first. Does it say NO VIDEO OR PHOTO? My colleagues are right, you may be bound by the contract with the ticket company. Next, were there any signs posted at the event site? If not to these two, it may be a decision left up to the band. I went to an Eagles concert (Classics at Dodger Stadium), and there were no prohibitions on anything. However, when the Eagles got up on stage, all of a sudden they announced “No photos No Videos” (I was like, WHAT, that's what we do at concerts, nowadays everyone knows that). Then, a ton of ushers were going up and down the isles trying to stop everyone and this basically RUINED the show. Not an Eagles fan anymore. Greedy if you asked me. At any rate, the band can control their copyright (question: what if they perform a new song that has never been copyrighted)? Also, since they are up on stage watching everyone with their cameras clicking and videos recording (they know where these will end up after all) consider whether they are waiving their copyrights, or abandoning their rights. I mean geez, they are literally watching all this before their eyes then crying foul and/or issuing DMCA takedowns on YouTube? We handle these cases. Laches is another defense (you cannot just watch all this happen, say nothing, and sit on your rights at the concert and then go selectively bully people). My two cents and there can be grounds to fight back. Here is my Eagles post. Not a fan anymore.

Don't give in just because someone says "you're wrong" or "you can't fight the power."  If you are being harassed for copyright music infringement or having your YouTube channel facing legal challenges (DMCA takedown notices, copyright strikes etc.), call us to discuss.  We can explore the case and potential defenses such as "fair use" and DMCA "bad faith" takedown cases.  Call us at (877) 276-5084.