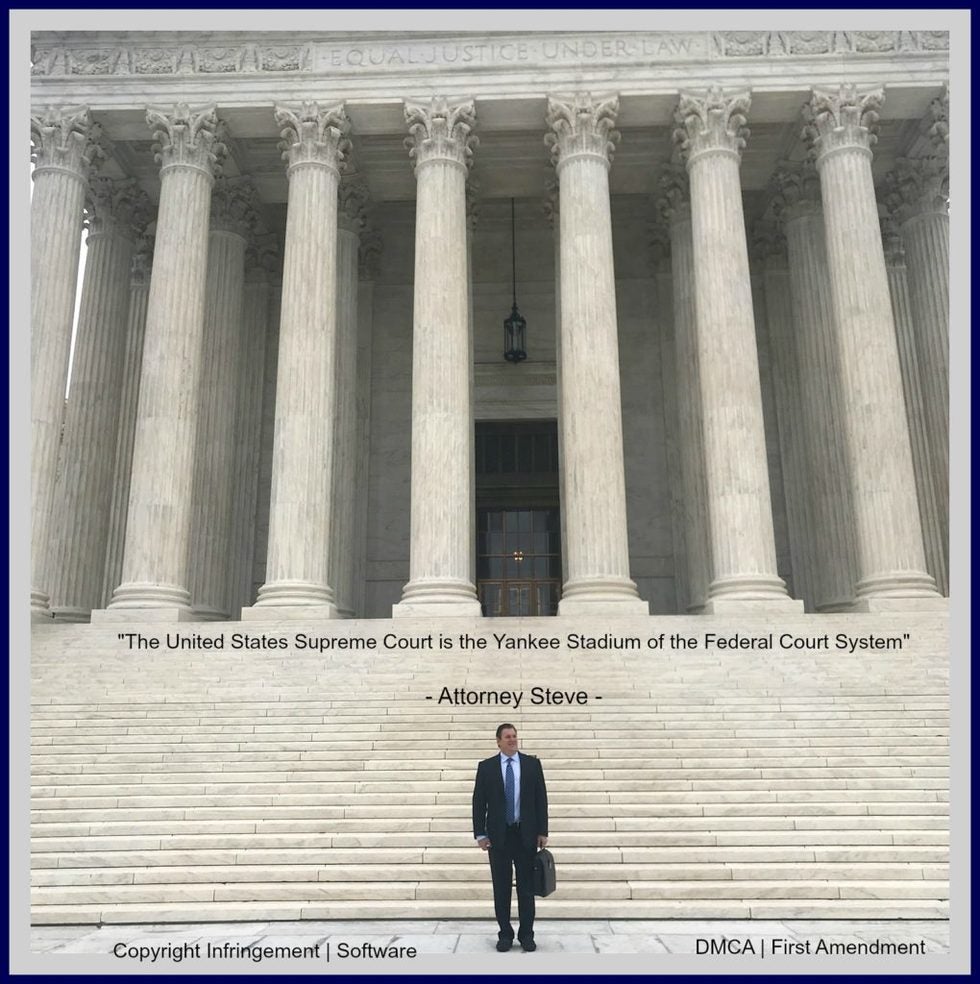 The Supreme Court of the United States is a fascinating place to be.  Standing at the steps of the Courthouse and looking up at the large pillars will truly overwhelm your senses.  You will feel a sense of history of where this country has been and where its going.  You will feel a sense of majesty as this is the highest court in the land and what is often known as “The Court of Last Resort” where appeals from this highest state courts (ex. from the California Supreme Court) and appeals from the United States Courts of appeal may be heard.  But the Court does NOT hear all cases.  There is no right to have your case heard by the Supreme Court Justices.  Instead, only select cases are taken and this is where a “writ of certiorari” is made and the Court decides to hear the case.  From a lawyers standpoint, this is Yankee stadium,  or Fenway.  This is the big leagues and my dream is to argue a case here one day – AND WIN!

The Federal court system is made up of 94 district courts.  These courts hear civil and criminal cases and there are also federal bankruptcy courts.   The district courts are known as “trial courts” and this is where you will find juries who are the “finders of fact.”

By way of example, there are 4 federal court districts in California:

VIDEO:  Click on the picture above to watch our video.  Make sure to SUBSCRIBE to our legal channel.  As we like to say, “Be Smarter Than Your Friends.”  We are up over 4,500 subscribers and almost 700,00 video views.

B.  Courts of Special Jurisdiction

There are also special federal courts that hear certain limited types of cases.  For example:

5.  Federal regulatory agencies (although not technically “courts” they do have hearings which can be appealed (ex. SEC, FCC, FTC)

There are 12 regional circuit courts located across the United States.  For example, there is the “9th Circuit Court of Appeals” which covers appeals in the following states:

These courts are NOT “trial courts” and can review cases from any of the courts listed above.  The courts are generally looking for prejudicial errors of fact that require a new trial.

Courts of appeals can thus hear civil, criminal, bankruptcy and for example an appeal of an infringement case from the Federal Claims court. 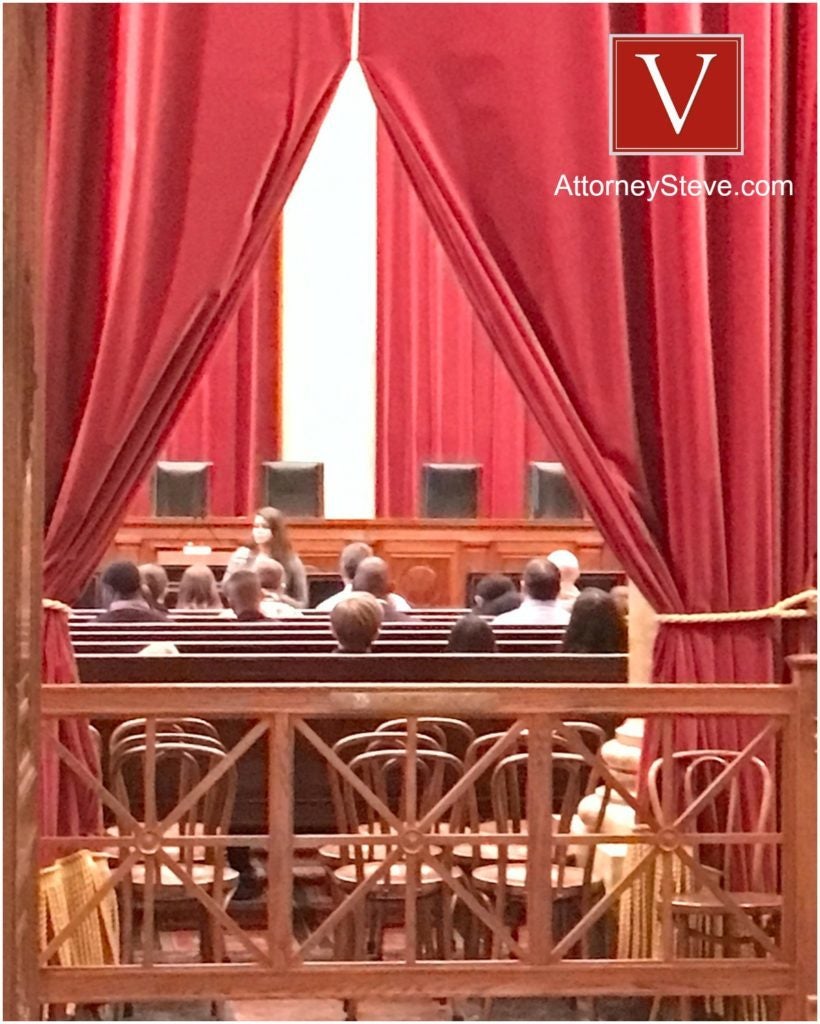 The Supreme Court was established by Article III of the U.S. Constitution which states:

The judicial Power of the United States, shall be vested in one supreme Court, and in such inferior Courts as the Congress may from time to time ordain and establish. The Judges, both of the supreme and inferior Courts, shall hold their Offices during good Behaviour, and shall, at stated Times, receive for their Services, a Compensation, which shall not be diminished during their Continuance in Office.

The judicial Power shall extend to all Cases, in Law and Equity, arising under this Constitution, the Laws of the United States, and Treaties made, or which shall be made, under their Authority;–to all Cases affecting Ambassadors, other public Ministers and Consuls;–to all Cases of admiralty and maritime Jurisdiction;–to Controversies to which the United States shall be a Party; to Controversies between two or more States;–between a State and Citizens of another State;–between Citizens of different States;–between Citizens of the same State claiming Lands under Grants of different States, and between a State, or the Citizens thereof, and foreign States, Citizens or Subjects.

What are Article I Courts?

These are courts established by the legislative branch of government.  Judges may not sit for life.  Examples include the Federal Tax Court, Court of Military Appeals, International Trade Court and Federal Claims court.  See links above.

How cases may progress to the Supreme Court of the U.S.

2.  Appeals from the highest state court of any state (ex. an appeal of a state court Right of Publicity case in California which progresses from a Superior Court to a California Court of Appeals to the California Supreme Court).

3.  Appeals from any of the Courts noted above 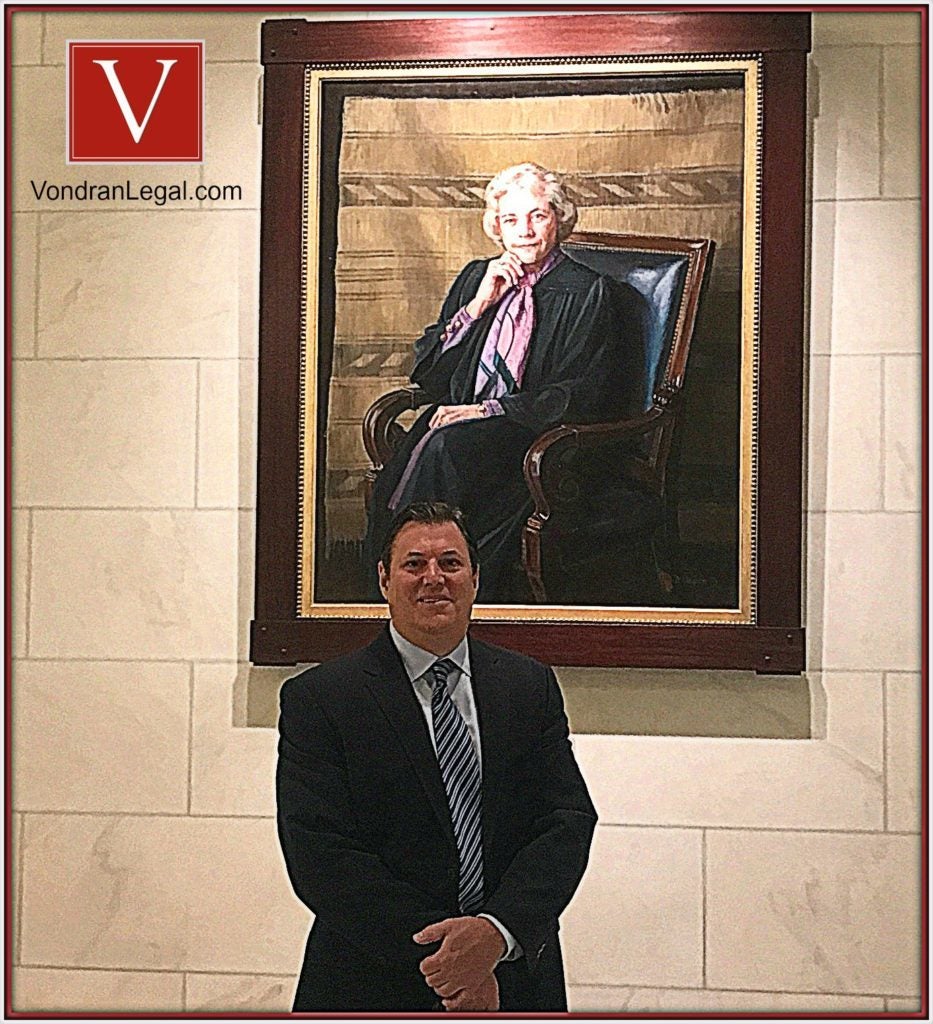 What is a writ of certiorari?

According to the Cornell Legal Institute:

“A type of writ, meant for rare use, by which an appellate court decides to review a case at its discretion.  The word certiorari comes from Law Latin and means “to be more fully informed.”

A writ of certiorari orders a lower court to deliver its record in a case so that the higher court may review it.  The U.S. Supreme Court uses certiorari to select most of the cases it hears. The writ of certiorari is a common law writ, which may be abrogated or controlled entirely by statute or court rules.”

Usually there has to be a really important issue for the U.S. Supreme Court to want to hear the case (See Rule 10 below). For example a case involving:

a. an important constitutional issue (ex. a free speech issue)

b. an important issue involving federal law (ex. a copyright “fair use” issue that needs to be “settled”)

c. a dispute where lower federal circuit courts have a “split of opinion” (ex half the Circuit believe the law is one thing, while the other half thinks the law is something else)

What is the process to file a writ of certiorari?

There is an information sheet that concisely states the general requirements:

“Review on writ of certiorari is not a matter of right but of judicial discretion.

1. Certiorari will be granted only for compelling reasons. See Rule 10 of the Rules of the Supreme Court of the United States.

2. To be timely, a petition for writ of certiorari must be filed with the Clerk of the United States Supreme Court within 90 days of entry of judgment.

3. The form and contents of the petition for writ of certiorari must comply with Rules 12 and 14 of the Rules of the Supreme Court of the United States.

4. The petition must be accompanied by the $300 docket fee, payable to the Clerk of the United States Supreme Court, or by an application to proceed in forma pauperis.

5. The record is retained in the lower court pending notification from the Clerk of the Supreme Court that it should be transmitted.

6. Additional information on filing a petition for writ of certiorari is available on the Supreme Court's website. 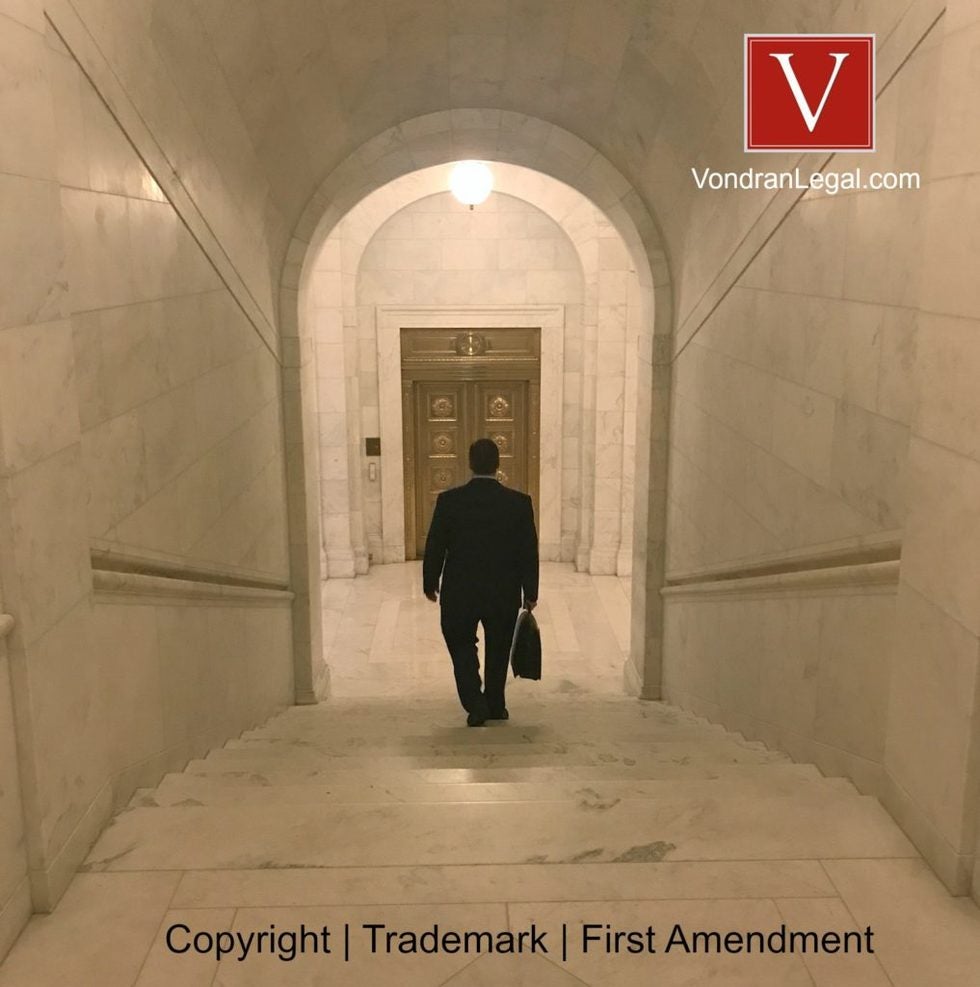 Will it be granted?

Chances are slim.  There are thousands of writs filed each year and the Court only accepts a couple hundred (approximately).  That being said, the low numbers should not deter you if you feel the case warrants an appeal to the “Court of last resort.”