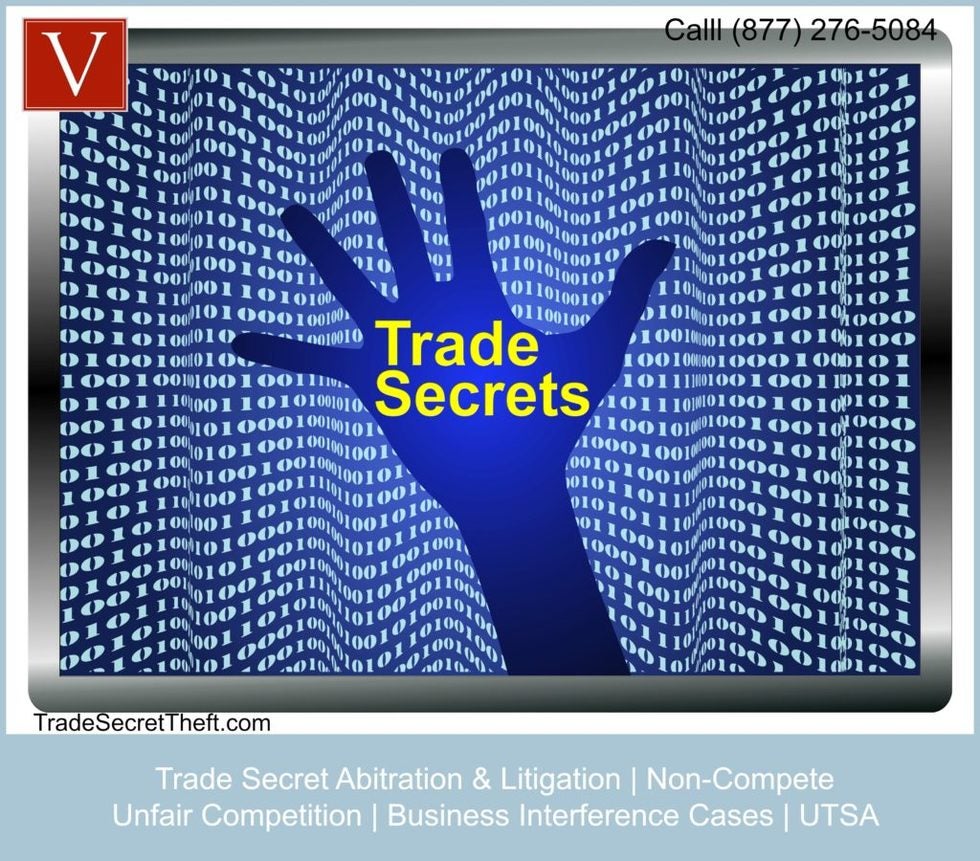 A trade secret can be one of a company's greatest intellectual assets.  Just think about the Coke “secret formula” or Kentucky Fried Chicken's “secret recipe.”  There are many different types of trade secrets and our intellectual property law firm can help you identify, protect and police your trade secrets in a competitive marketplace that's literally gone wild with the internet and the ability for ex-employees to start new startup businesses in a flash!

Click here to learn more about departing employees and what must be proven under California Uniform Trade Secrets Act ("CUTSA").

California has both a State Law covering the theft of trade secrets (CUTSA), but there is also a Federal Trade Secrets Law.  See below for more detailed descriptions.

What is a Trade Secret?

VIDEO:  Click here to Watch Attorney Steve® explain trade secrets!  Make sure to SUBSCRIBE to join over 35,000 other subscribers who love our legal videos.

What is a “trade secret” under California law?

One case laid out the general rule under California law:

Silvaco Data Sys. v. Intel Corp., 184 Cal. App. 4th 210, 220-21, 109 Cal. Rptr. 3d 27, 38 (2010) discussed the California Uniform Trade Secrets Act: “CUTSA defines “[ t]rade secret” to mean “ information, including a formula, pattern, compilation, program, device, method, technique, or process, that: (1) Derives independent economic value, actual or potential, from not being generally known to the public or to other persons who can obtain economic value from its disclosure or use; and (2) Is the subject of efforts that are reasonable under the circumstances to maintain its secrecy.” (See Cal Civil Code §3426.1, subd. (d), italics added.) These are the general requirements.  Note:  A trade secret can potentially last forever, while a patent will eventually merge into the public domain.  With patents you are DISCLOSING the idea while in Trade Secrets, you are SEEKING TO KEEP IT SECRET.

Types of things that may be protected as a Trade Secret:

1.  Secret formulas and recipes (need not be tangible).

2.  Customer list (need not be something technical in nature).

3.  Can be a compilation of information that may otherwise be from a public source.

4.  Can be valuable information that provides a competitive business advantage by not being generally known (ex., technical designs, research, and testing know-how of things learned).

How do you protect a trade secret so it can potentially last forever?

Here are some of the most important steps.  However, there are many more depending upon the trade secret at issue.

1.   Take reasonable steps to protect it from disclosure

2.  Use of non-disclosure agreements

3.  Label things as a trademark

Here are the key definitions under the California UTSA statute:

As used in this title, unless the context requires otherwise:

(a) “Improper means” includes theft, bribery, misrepresentation, breach or inducement of a breach of a duty to maintain secrecy or espionage through electronic or other means. Reverse engineering or independent derivation alone shall not be considered improper means.

(i) Derived from or through a person who had utilized improper means to acquire it;

(ii) Acquired under circumstances giving rise to a duty to maintain its secrecy or limit its use; or

(C) Before a material change of his or her position, knew or had reason to know that it was a trade secret and that knowledge of it had been acquired by accident or mistake.

What does it take for a Plaintiff to prove theft of a trade secret?  Here are the jury instructions in California (we serve Clients in Arizona and California):

2.  [ Name of plaintiff] claims that [this/these] [ select short term to describe, e.g., information] [is/are] [a] trade secret[s] and that [name of defendant] misappropriated [it/them]. “Misappropriation” means the improper [acquisition/use/ [or] disclosure] of the trade secret[s].

3.   [ Name of plaintiff] also claims that [ name of defendant ]'s misappropriation caused [[him/her/it] harm/ [or] [name of defendant] to be unjustly enriched]. California has adopted the Uniform Trade Secrets Act (“UTSA”) which codifies the basic principles of common law trade secret protection. Cal.Civ.Code §§ 3426–3426.10 (West Supp.1993). To establish a violation under the UTSA, it must be shown that a defendant has been unjustly enriched by the improper appropriation, use or disclosure of a “trade secret.”  See  MAI Sys. Corp. v. Peak Computer, Inc., 991 F.2d 511, 520 (9th Cir. 1993). See California Judicial Council Of California Civil Jury Instruction 4400 for more information.

Attorney Steve Tip:  As one Court put it:

“It is critical to any CUTSA cause of action—and any defense—that the information claimed to have been misappropriated be clearly identified.

[1] The act was signed into law by President Barack Obama on May 11, 2016.[1] It underscored Congress's desire to align closely with the Uniform Trade Secrets Act, which had been adopted in some form in almost every U.S. state. Technically, the DTSA extended the Economic Espionage Act of 1996, which criminalizes certain trade secret misappropriations.

[2] The law also grants legal immunity to corporate whistleblowers.[2] After the DTSA's passage by the Senate, Forbes magazine called the law the “Biggest Development in [Intellectual Property] in Years.” 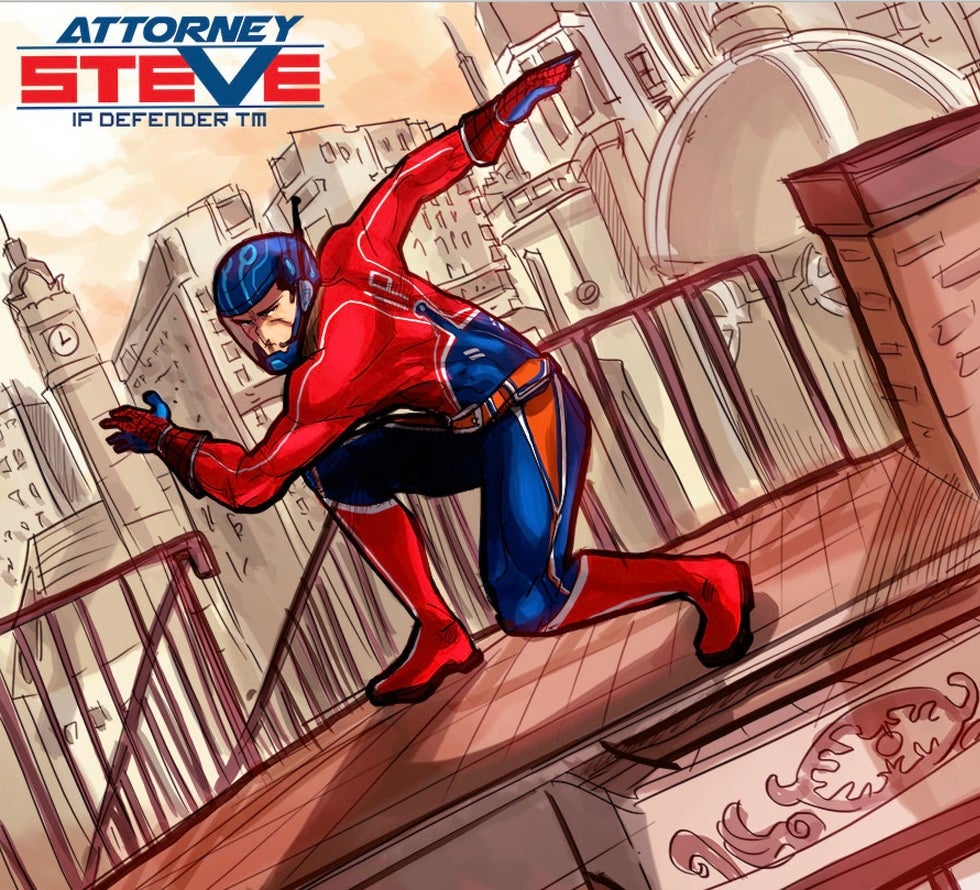 According to the American Bar Association:

“Creating a Federal Cause of Action

On its face, however, the DTSA does not pre-empt state law, meaning that a party can file suit under the DTSA in federal court and plead a state law claim arising out of the same facts. In practice, this means that the DTSA's primary function to date has been to create a path for plaintiffs to litigate what historically were essentially state law trade secret claims in federal court.”

Where trade secret misappropriation is shown under Federal law the remedies to the aggrieved party include:

(3)Remedies.—In a civil action brought under this subsection with respect to the misappropriation of a trade secret, a court may—

(A) grant an injunction— (i) to prevent any actual or threatened misappropriation described in paragraph (1) on such terms as the court deems reasonable, provided the order does not— (I) prevent a person from entering into an employment relationship, and that conditions placed on such employment shall be based on evidence of threatened misappropriation and not merely on the information the person knows; or (II) otherwise conflict with an applicable State law prohibiting restraints on the practice of a lawful profession, trade, or business; (ii) if determined appropriate by the court, requiring affirmative actions to be taken to protect the trade secret; and (iii) in exceptional circumstances that render an injunction inequitable, that conditions future use of the trade secret upon payment of a reasonable royalty for no longer than the period of time for which such use could have been prohibited;

(C) if the trade secret is willfully and maliciously misappropriated, award exemplary damages in an amount not more than 2 times the amount of the damages awarded under subparagraph (B); and

Damages can be high

Here are some sample settlements.  Note: some of these may have been reversed, lowered, or overturned on appeal.

For software audit cases sometimes the informant may disclose protected elements of a database that can be a trade secret.  In these cases, an injunction against the “secret informant” may be necessary.  See MAI Sys. Corp. v. Peak Computer, Inc., 991 F.2d 511, 521 (9th Cir. 1993) which held: “We agree that the Customer Database qualifies as a trade secret. The Customer Database has potential economic value because it allows a competitor like Peak to direct its sales efforts to those potential customers that are already using the MAI computer system. Further, MAI took reasonable steps to insure the secrecy to this information as required by the UTSA. MAI required its employees to sign confidentiality agreements respecting its trade secrets, including the Customer Database. Thus, under the UTSA, the MAI Customer Database constitutes a trade secret.”   Click on the link in this paragraph to read our article on this topic.

A breach of a non-disclosure agreement (or “NDA”) is a common ground leading to trade secret theft litigation.  It is important in protecting trade secrets that information be disclosed only under a NDA.  The NDA should be detailed and define the confidential and proprietary information.  Disclose only that which is need to know.  Specify the limited purpose for disclosure.  Document everything in case there is an issue of breach of the agreement.

We can help with the following types of legal issues (mediation, arbitration, or litigation)

Our intellectual property law firm can help you with the following types of cases involving trade secrets under either California state law or the Federal Trade Secrets Law (Defend Trade Secrets Act):

For more information about our trade secret services, contact us at (877) 276-5084.  We offer flat rate legal fees for many non-litigation cases, and we have over a decade of experience in litigating in the State and Federal Courts.

We have been serving businesses, both large and small, since 2004.