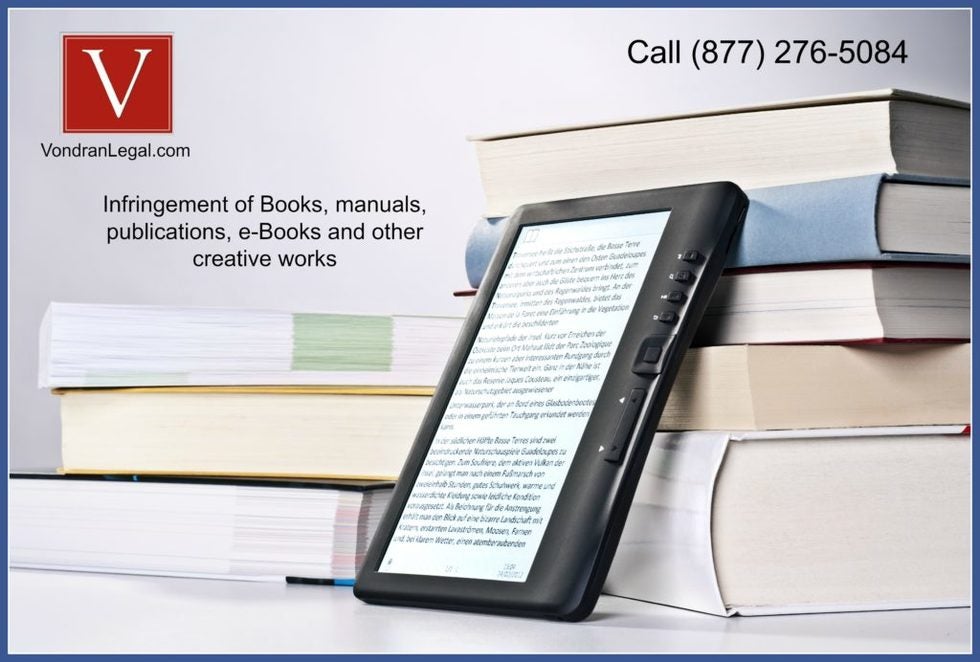 RMC, as the owner of the copyright in the PMP Exam Prep book, brought suit against a PMP exam preparation company Phoenix Technology Solutions for the unauthorized use of the PMP Exam Prep book materials in the class presentation and teaching materials. Phoenix filed a motion to dismiss under 12(b)(6) asserting Plaintiff's Complaint did not adequately plead copying. The Court disagreed and denied Defendant's motion to dismiss.

Plaintiff RMC Publications (“RMC” or “Plaintiff”) publishes books and other materials in the area of project management, including the PMP Exam preparation book “PMP Exam Prep,” which RMC owns the copyrights in every edition. Defendant Phoenix Technology Solutions (“Phoenix” or “Defendant”) sells courses at an admission cost of $1,990.00 to help people pass the PMP exam and other project management certification exams. In 2014, RMC discovered Phoenix used RMC's copyrighted materials in the presentation and teaching of the PMP prep course. RMC never licensed or otherwise authorized Phoenix to use its copyrighted materials in course presentation materials or other derivative work teaching materials.

Whether Plaintiff's complaint sufficiently pleads copying to survive a 12(b)(6) motion to dismiss?

A showing of access and substantial similarities creates a “presumption of copying.” However, there is no copyright infringement where the similarities between two works genuinely do not result from copying, but merely “from the fact that both works deal with the same subject or have the same common sources.” Defendant argues that the similarities between the book and the prep course presentation materials are not the result of Plaintiff's work, but rather the use of generic concepts and industry standards. Importantly, at the 12(b)(6) stage, the Court must accept all allege facts as true and construe them favorably to the plaintiff. Here, Plaintiff alleges that its “PMP Exam Prep” copyrighted book is the bestselling PMP exam preparation book in the world and that Defendant is in the business of offering PMP exam preparation classes.

From these facts, the Court reasoned that it is reasonable to assume a company who offers PMP exam preparation classes would have access to and some familiarity with the “best selling PMP exam preparation book in the world” and, thus, supports a finding that Defendant had access to Plaintiff's copyrighted materials. In finding Defendant had access, the Court turned to the issue of substantial similarity, finding that Plaintiff's Complaint met the pleading standards of substantial similarity because it alleges Defendant engaged in extensive VERBATIM copying.

Similarly, Defendant's argument at the 12(b)(6) stage as to originality also fail. Here, Plaintiff's Complaint clearly alleges that the copyrighted material in “PMP Exam Prep” was the creation of Rita Mulcahy, the president and founder of RMC, and was “the result of many years' experience and feedback from Mulcahy's work with more than 7500 project managers.”

In fact, the Eight Circuit, in addressing the same issue, found that Mulcahy had “done far more than merely copy or distribute materials in creating the PMP Exam Prep” book. The Court reasoned that the PMP Exam Prep book condensed and organized the material in a specific fashion to enhance comprehension by students, adding concrete examples to abstract concepts and regular tests to aid in retention. Thus, the Court found that Plaintiff's allegations regarding originality to be sufficient at the 12(b)(6) stage.

The Court denied Defendant's Motion to Dismiss because Plaintiff sufficiently alleges the element of copyright infringement in its Complaint.

What is substantial similarity in copyright law?

One excellent case that discusses the concept of substantial similarity in copyright cases is Hassett v. Hasselbeck, 757 F. Supp. 2d 73, 79–81 (D. Mass. 2010).  In this case the Court discussed:

Copyright Infringement: Substantial Similarity The plaintiff bears the burden of proving the two elements of  copyright infringement:  ‘(1) ownership of a valid  copyright[;] and (2) copying of constituent elements of the work that are original.' See  Johnson v. Gordon, 409 F.3d 12, 17 (1st Cir.2005) (quoting  Feist, 499 U.S. at 361, 111 S.Ct. 1282). To establish copying, a plaintiff must show actual copying and  substantial  similarity.  Actual copying is shown by direct or circumstantial evidence, including evidence of access coupled with probative similarity. Substantial  similarity is shown by “proof that the copying was so extensive that it rendered the works so  similar that the later work represented a wrongful appropriation of expression.”  (citing  Yankee Candle Co. v. Bridgewater Candle Co., 259 F.3d 25, 33 (1st Cir.2001)). A plaintiff's failure to show  substantial  similarity entitles a defendant to judgment.  See  Yankee Candle, 259 F.3d at 33, 37 (affirming summary judgment based on lack of  substantial  similarity where validity of the  copyright was undisputed and actual copying was assumed). Substantial  similarity is measured by the ordinary observer test, which provides that “two works will be said to be substantially similar if a reasonable, ordinary observer, upon examination of the two works, would ‘conclude that the defendant unlawfully appropriated the plaintiff's protectable expression.'    See  T–Peg, Inc. v. Vermont Timber Works, Inc., 459 F.3d 97, 112 (1st Cir.2006) The volume of  similar material is not necessarily dispositive, as the fact that “ the copying involved only a small portion of the plaintiff's work does not by itself make the copying permissible.”  Situation Mgmt. Sys., Inc. v. ASP Consulting LLC, 560 F.3d 53, 59 (1st Cir.2009). “Indeed, even if the  similar material is quantitatively small, if it is qualitatively important, the trier of fact may properly find  substantial  similarity.” Additionally, slight or trivial variations between works will not preclude a finding of infringement under the ordinary observer test.' Segrets, 207 F.3d at 65 (quoting  Concrete Mach. Co. v. Classic Lawn Ornaments, Inc., 843 F.2d 600, 608 (1st Cir.1988)). An artist may avoid infringement “ ‘by intentionally making  substantial alterations in the design of a  copyrighted work so as to provide a  substantially different expression of the idea embodied in the  copyrighted work,' ” but only if “ ‘the points of dissimmilarity not only exceed the points of  similarity, but indicate that the remaining points of  similarity are (within the context of plaintiff's work) of minimal importance either quantitatively or qualitatively.' ”  Id. at 65–66 (quoting  Concrete Mach., 843 F.2d at 608). Importantly, however, the examination for substantial similarity “must focus on ‘what aspects of the plaintiff's work are protectible under copyright laws and whether whatever copying took place appropriated those protected elements.' ”  Johnson, 409 F.3d at 19 (quoting  Matthews v. Freedman, 157 F.3d 25, 27 (1st Cir.1998));  see  T–Peg, 459 F.3d at 112. “[O]nly the ‘protected expression' is relevant to an evaluation of  substantial  similarity.”  Yankee Candle, 259 F.3d at 33–34. Thus, an impression of overall  similarity will not establish  substantial  similarity if the “impression flows from  similarities as to elements that are not themselves  copyrightable.”  Johnson, 409 F.3d at 19. For this reason, a court evaluating  substantial  similarity must recognize and apply certain limits on the scope of  copyright protection.  See id. “ Copyright law protects original expressions of ideas but it does not safeguard either the ideas themselves or banal expressions of them.” Yankee Candle, 259 F.3d at 33 (“[I]deas cannot be  copyrighted” (internal quotation marks omitted));  Dunn v. Brown, 517 F.Supp.2d 541, 544–45 (D.Mass.2007) (Ponsor, J.);  see also 17 U.S.C. § 102(b) (“In no case does  copyright protection for an original work of authorship extend to any idea, procedure, process, system, method of operation, concept, principle, or discovery, regardless of the form in which it is described, explained, illustrated, or embodied in such work.”). Under the merger doctrine, even the expression of an idea is unprotected “when there is only one way to express a particular idea.”  Coquico, Inc. v. Rodriguez–Miranda, 562 F.3d 62, 68 (1st Cir.2009). Although a particular selection and arrangement of facts may be “thin[ly]” protected, the facts themselves are not.  See  Feist, 499 U.S. at 348–49, 111 S.Ct. 1282. Under the doctrine of  scenes a faire, there is no protection for “elements of a work that are for all practical purposes indispensable, or at least customary, in the treatment of a given subject matter.”  Coquico, 562 F.3d at 68. Additionally, “ copyright  law denies protection to fragmentary words and phrases and to forms of expression dictated solely at functional considerations.”  CMM Cable Rep, Inc. v. Ocean Coast Props., Inc., 97 F.3d 1504, 1519 (1st Cir.1996) (internal quotation marks omitted) (holding short, clichéd phrases conveying the idea of employment were not protected because, among other reasons, they did not involve an appreciable amount of text or the minimal creativity necessary to warrant  copyright protection);  see  Johnson, 409 F.3d at 24 (holding that the phrase “You're the One for Me” did not warrant  copyright protection);  see also  Matthews, 157 F.3d at 28. The Court continued: The process of identifying the unprotected elements of a work and removing them from consideration is sometimes called “dissection analysis.”  See  Yankee Candle, 259 F.3d at 34. “In performing the  substantial  similarity analysis, a court should be careful not to over-dissect the plaintiff's work, causing it to ignore the plaintiff's protectable expression.”  Situation Mgmt., 560 F.3d at 59 (citing  CMM, 97 F.3d at 1515 (stating that the court must be aware of the danger of “so dissecting the work as to classify all its elements as unprotectable.  Thereby possibly blinding [the court] to the expressiveness of their ensemble.” “[T]he court should not lose sight of the forest for the trees; that is, it should take pains not to focus too intently on particular unprotected elements at the expense of a work's overall protected expression.”  Coquico, 562 F.3d at 68. “Summary judgment on  substantial  similarity is ‘unusual' but can be warranted on the right set of facts.”  T–Peg, 459 F.3d at 112 (quoting  Segrets, 207 F.3d at 62). “ ‘ Summary judgment on substantial similarity is appropriate only when a rational factfinder, correctly applying the pertinent legal standards, would be compelled to conclude that no substantial similarity exists between the copyrighted work and the allegedly infringing work.'

We can help if your company has a copyright dispute involving a book, magazine, trade publication, journal, or infringement of other written materials.  Call us at (877) 276-5084.