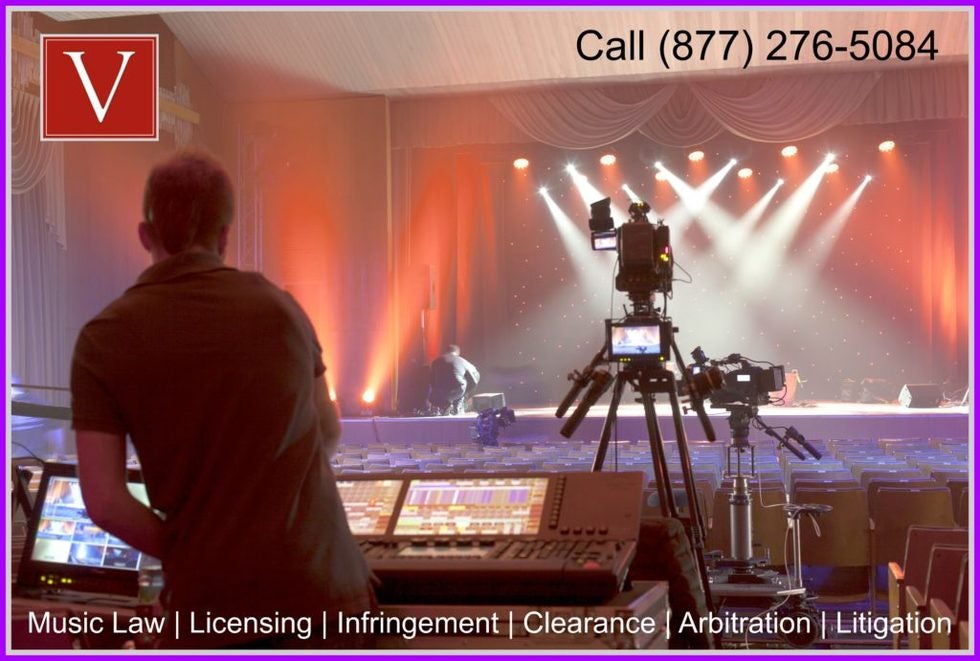 Post-trial, after a jury found for the Beastie Boys for willful copyright infringement and intentional deception in relation to the false endorsement trademark claim, the band filed a motion for Monster to pay attorney fees. The Court held that the Beastie Boys were entitled to attorneys fees under the Copyright Act, but not the Lanham Act. The Court awarded fees in the amount of $667,849.14.

On May 5, 2012, Defendant Monster Energy hosted a promotional event called the “Ruckus in the Rockies,” which consisted of a snowboarding competition and an after-party, where a DJ by the name of “Z-Trip” performed. Importantly, in 2011, Z-Trip had entered into an agreement with Plaintiff Beastie Boys to create a remix of some of their songs to promote the groups album Hot Sauce Committee Part II. Under this agreement, Z-Trip did not obtain any rights to the underlying Beastie Boys songs.

A promotional video of the after-party was created to promote Monster's brand and energy drinks with the video's soundtrack using excerpt of Z-Trip's remix that included portions of five Beastie Boys songs. These songs were the background music to approximately 80% of the four-minute video. The video also contained text referring to the band and one of its members who recently passed away. Monster did not obtain, and never attempted to obtain permission from the Beastie Boys or their management to use the Beastie Boys' music or names in the promotional video. Instead, the marketing director Nelson Phillips testified that Z-Trip conveyed this authorization orally during the after party, which Z-Trip firmly denies. The video was posted on May 9, 2012 on YouTube and Facebook. The following month, Monster received a letter from counsel for the Beastie Boys, which stated that Monster did not have permission to use the Beastie Boys music in the video. The video was subsequently removed, and edited to replace the music and references to the band. As of August 2012, the video had been viewed 13,341 times. On August 8, 2012, the Beastie Boys filed suit against Monster, alleging copyright infringement under the Copyright Act and false endorsement under the Lanham Act.

Monster denied these allegations, asserting it obtained authorization from Z-Trip and attempted to shift the blame to the DJ. This led Monster to file a third-part Complaint against Z-Trip alleging breach of contract and fraud. The Court in that case granted Z-Trip's motion for summary judgment on both claims.

At the final pretrial conference between the Beastie Boys and Monster, on May 22, 2014, Monster finally conceded liability as to the copyright infringement claims. On May 27, 2014, a trial commenced to litigate liability under the Lanham Act and damages as to both the Copyright and Lanham Act claims. On June 5, 2014, after an eight day trial, the jury returned a verdict:

(1) On the Copyright claims, the jury found that each of Monster's 10 acts of infringement had been willful and awarded a total of $1.2 million in statutory damages, or, $1 million in actual damages;

(2) On the Lanham Act claim, the jury found Monster liable, finding it engaged in intentional deception, and awarded $500,000 in damages, and that Monster acted in bad faith in causing the endorsement.

Following trial, the Beastie Boys filed an application for attorney's fees and costs under Section 505 of the Copyright Act and Section 1117 of the Lanham Act in the amount of $2,385,175.50. Monster opposed.

Whether the Beastie Boys are entitled to attorneys fees under the Copyright Act and/or the Lanham Act, and if so, the amount of such fees?

Due to the different standards of awarding attorneys fees under the Copyright and the Lanham Act, the Court addressed each separately. Under the Copyright Act, “the court in its discretion may allow the recovery of full costs…” and “may award a reasonable attorney's fee to the prevailing party as part of the costs.” However, courts may only award attorneys' fees only where doing so is “faithful to the purposes of the Copyright Act.” The “principal purpose” of the Copyright Act is “to encourage the origination of creative works by attaching enforceable property rights to them.” While there is no precise formula district courts must apply in determining whether to award attorneys' fees, the Supreme Court has suggested a list of non-exclusive factors referred to as the “Fogerty factors”: frivolousness, motivation, objective reasonableness and need in particular circumstances to advance considerations of compensation and deterrence.

Here, the Court analyzed Monster's conduct under the Fogerty factors and decided to impose a fee award below that sought by the Beastie Boys. As to objective reasonableness, the Court found that the majority of  Monster's conduct and legal positions were reasonable. However, the Court noted that Monster's approach to litigating the copyright claims was objectively unreasonable when Monster refused, until the brink of trial, to concede that it had infringed the Beastie Boys' copyrights and attempted to shift legal responsibility to Z-Trip. The Court noted that the infringement by Monster was “flagrant” and not conceding liability until trial made pretrial settlement less likely, prolonged litigation and increased the Beastie Boys' attorneys fees. The Court also addressed Monster's willfulness in the underlying conduct. The Court noted that willfulness was a close call in this case. However,  the fact that Monster, as a large sophisticated corporation with $120 million annual marketing budget had no comprehensive music licensing policy and tasked unqualified employees for the job weighed against Monster. Essentially, the lack of any serious internal controls and Monsters failure to verify whether if had the right to use the Beastie Boys sound recordings and musical compositions justify an awards of fees. Finally, the Court discussed “compensation and deterrence”, finding that shifting some of Beastie Boys' substantial attorneys fees to Monster helps ensure the Beastie Boys a net positive recovery as to the copyright claims; and the goal of deterrence is accomplished because it incents plaintiffs to pursue copyright claims despite the hefty cost of copyright litigation. Thus, the Beastie Boys are entitled to attorneys fees under the Copyright Act.

As to the Lanham Act, the court in “exceptional cases” may award reasonable attorneys fees to the prevailing party, with the district court exercising broad discretion. The Second Circuit has defined “exceptional cases” as ones involving fraud, bad faith, or willfulness. However, a finding of willfulness or bad faith is more of a requisite, as opposed to an automatic right. Rather, the court must weigh factors, such as the closeness of the case, tactics of counsel, conduct of the parties, and other factors that may contribute to a fair allocation of the burdens of litigation as between winner and loser.

Here, the jury found that Monster's conduct was willful, intentionally deceptive, and in bad faith. Nevertheless, the Court held that this case was not “exceptional” to merit award of fees under the Lanham Act. The Court reasoned that an award under the Lanham Act requires “extreme misconduct during litigation” where a party claims were raised for an improper purpose, engaged in deceptive litigation tactics and there are underlying egregious facts. The Court found that none of these circumstances were present here because Monster's litigation decisions were justifiable and presented a number of close and contested issues, where the outcome was by no means a foregone conclusion. Therefore, the Beastie Boys were entitled to attorneys fees under the Lanham Act.

After determining that the Beastie Boys were entitled to attorneys fees under the Copyright Act, but not the Lanham Act, the Court analyzed what the amount of the award should be. First, the Court analyzed Monster's claims regarding reducing the fees of Beastie Boys' attorneys at Sheppard Mullin. Monster argued that Sheppard Mullin billed for unnecessary projects, that the partner-heavy staffing was unreasonable, the billing records were vague and duplicative, and the hourly rates of the associates were excessive. The Court agreed with some of Monster's arguments and held that a 30% reduction of the fees paid by the Beastie Boys is merited because it reflects the “minimum necessary to litigate the case effectively.” Next, the Court addressed the issue of the proper reduction to reflect the work on the Lanham Act claim, which the Court held fee-shifting was not warranted. Monster proposed a 50% fee cut, which the Court rejected as “simplistic” because it ignores the fact that the copyright and trademark claims overlap. Thus, the Court found that a further reduction of 20% of the fees was appropriate to strip out the legal work that, but for the Lanham Act claim, would not have been done. Finally, the Court, after explaining its policy reasons, held that an award of 50% of the $1,335,698.28 fees, resulting in $667,849.28, was an appropriate award.

The Court awarded the Beastie Boys attorneys' fees in the amount of $667,849.14 under the Federal Copyright laws.

We can help both Plaintiffs and Defendants in copyright protection, licensing, arbitration, mediation and litigation.  We have extensive federal court experience and can help with software audits with the Business Software Alliance (“BSA”) and Autodesk licensing compliance as well as and general copyright infringement claims involving photographs, jewelry, music, video and other creative content.  Call us at (877) 276-5084.