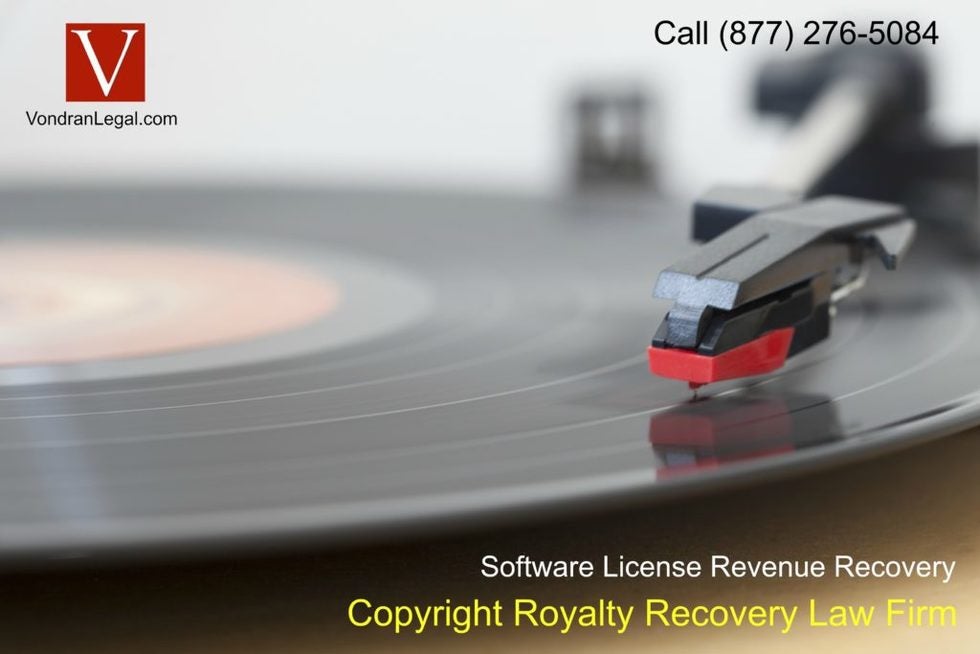 The Copyright Royalty Board sets royalty rates that a company must pay when using copyrighted music under a compulsory license.  For example, say you are running an internet radio show and use music in your show (ex. you are a non-interactive music service provider) and you want to use a Beatles song on your show.  You may be allowed to use the song under a “compulsory license” (meaning the artists cannot object) which would allow you to stream the song on your show, but which would require you to pay a statutory royalty to a music collective agency like SoundExchange that collects these royalties.  This blog will cover some of the key issues in music licensing.

What is a Compulsory License?

“A compulsory license provides that the owner of a patent or copyright licenses the use of their rights against payment either set by law or determined through some form of adjudication or arbitration. In essence, under a compulsory license, an individual or company seeking to use another's intellectual property can do so without seeking the rights holder's consent, and pays the rights holder a set fee for the license. This is an exception to the general rule under intellectual property laws that the intellectual property owner enjoys exclusive rights that it may license – or decline to license – to others.”

How to Copyright Music

In order to understand this blog, you need to understand how music copyrights work.  When a band is making music, it usually goes through the following steps:

The song (notes and lyrics) are copyrighted separately from the master sound recording (a recording of the performance of the song).  Now say you were a moviemaker and wanted to use the particular song in your movie.  To do this, the movie producer would need to obtain the copyrights from both the copyright holder of the song and the copyright holder of the master recording.  This can be done by negotiating a “license” directly from the copyright holders and paying them a negotiated fee, or in some instances you do not have to ask for permission, such as when the broadcaster is entitled to a “compulsory license” (meaning the artists cannot object to your playing their song publicly, but you have to pay a royalty fee (set by the Copyright Royalty Board) in order to be in compliance with the law.  Failure to pay as required could lead to a costly audit, as discussed below.

What is the Copyright Royalty Board?

The Copyright Royalty Board is the governmental agency that sets statutory music royalty rates.  They are located at:

“The Copyright Royalty Board (CRB) is a U.S. system of three copyright royalty judges who determine rates and terms for copyright statutory licenses and make determinations on distribution of statutory license royalties collected by the U.S. Copyright Office of the Library of Congress.

The board, made up of three permanent copyright royalty judges, was created under the Copyright Royalty and Distribution Reform Act of 2004, which became effective on May 31, 2005, when the Copyright Arbitration Royalty Panel system was phased out. These administrative judges are appointed by the Librarian of Congress.”

What does a music publisher do?

Just to add some background, it is important to know what a music publisher does:

They also secure commissions for music and promote existing compositions to recording artists, film and television. The copyrights owned and administered by publishing companies are one of the most important forms of intellectual property in the music industry. (The other is the copyright on a master recording which is typically owned by a record company) Publishing companies play a central role in managing this vital asset.”

The music publisher, along with the songwriter, will want to be paid their royalties whenever a song is played.  Normally, they can receive their due share of income from “performance rights organizations” such as ASCAP, BMI, and SESAC.

Using our example from above, the recording artist and the record label will also want to get paid when a copyrighted song is play online (or even offline), and to do this they may sign up for a free SoundExchange account.  SoundExchange will collect and payout the statutorily set royalty fee and deliver that to the artist and copyright holder (ex. record label).

Their website video states that they are an independent non-profit that represents artists and record labels in the digital music space and makes sure they get paid when their music is used in online media.

SoundExchange was appointed by the Library of Congress to collect royalties and they have the power to audit companies that are using copyrighted music without properly accounting for, and paying for their usage.  Companies that may be streaming copyright protected music can include:

When these entities play music, they create a playlist which gets turned into SoundExchange and must pay a statutory royalty rate (set by the Copyright Royalty Board) that is designed to cover/compensate:

So SoundExchange, along with the PRO's (ASCAP, BMI and SESAC) are responsible for making sure artists, record labels, and publishing companies get paid for their work.  This allows them to KEEP CREATING but relies on the proper payments being made by the end user.

Because SoundExchange has been designated to recover royalties, they have the power to initiate an audit against a Digital Music Service that uses their music.  If they so choose, they can pick companies to audit and can review their books, servers, streams, etc. and look at the reporting and fees paid by a company.  Notice of the audit would be published in the Federal Register and the audit would be done by an independent CPA firm.

Here is a sample .

If a substantial discrepancy exists between songs played and royalties that should have been paid, the company being audited can face penalties and be forced to pay the cost of the audit.  Audit results are not known to be produced for the public to see.

It should be noted that the ASCAP, BMI, and SESAC may also conduct an audit of end users.  For example if a karaoke song is played at a restaurant, night club, bar or tavern without paying the proper fees.

Here is a clause referenced in the ASCAP arena and auditorium license, which allows for contractual audits:

(a) Upon thirty days written notice to LICENSEE, ASCAP shall have the right, by its duly authorized representatives, at any time during customary business hours, to examine the books and records of account and program information of LICENSEE only to such extent as may be necessary to verify any and all reports rendered and accountings made by LICENSEE to ASCAP. ASCAP shall consider all data and information coming to its attention as the result of any such examination as completely and entirely confidential.

(b) The period for which ASCAP may audit pursuant to this Agreement shall be limited to three calendar years preceding the year in which the audit is made; provided, however, that if an audit is postponed at LICENSEE's request, ASCAP shall have the right to audit for the period commencing with the third calendar year preceding the year in which notification of intention to audit was first given by ASCAP to LICENSEE. This three-year limitation shall not apply if LICENSEE fails or refuses after written notice from ASCAP to produce the books and records necessary to verify any report or statement of accounting required pursuant to this Agreement. Should the three-year audit period extend into a previous license agreement, nothing herein shall restrict ASCAP's right to audit for the full three calendar years preceding the year in which notification was given.”

Certain types of disputes can be brought before the CRB.

More information can be found on the CRB claims website.

What are Retransmission Royalties?

The U.S. Copyright Office manages distribution of royalties through their licensing division.   According to their website:

“The Licensing Division is responsible for helping to administer the various statutory licenses and similar provisions, including: secondary transmissions of radio and television programs by cable and satellite systems; making and distributing phonorecords of nondramatic musical works; and importing, manufacturing, and distributing digital audio recording devices or media.”

There are pools of funds that can be distributed for Cable and Satellite “retransmissions” of “distant signals.”  For example, if a Satellite provider (ex. Direct TV) rebroadcasts a religious or sports broadcast, a retransmission royalty needs to be paid.  These fees go into a “pool” of funds which can be collected by filing a claim.  Estimates are that over 1,000 claims are filed by claimants each year to recover money (there is millions of dollars in these pools).

“Claims to Funds in Royalty Pools. Eligibility to receive copyright royalties paid by cable systems, satellite carriers, and manufacturers and importers of digital audio recording devices and media (“DART”) is contingent upon the submission of a timely filed claim. See, 17 U.S.C. 111, 119, and 1007. Cable and satellite claims must be filed during the month of July; DART claims must be filed during the months of January and February. Under the Reform Act, the next claims filings will be made under the authority of the Copyright Royalty Judges “[t]o accept or reject royalty claims on the basis of timeliness.” 17 U.S.C. 801(b)(4).”

Types of Clients we may be able to represent

In some cases we may be able to take your case on a contingency fee basis.  This means, if we don't recover you do not pay anything.  This will not apply to all cases, so please contact us to discuss at (877) 276-5084.