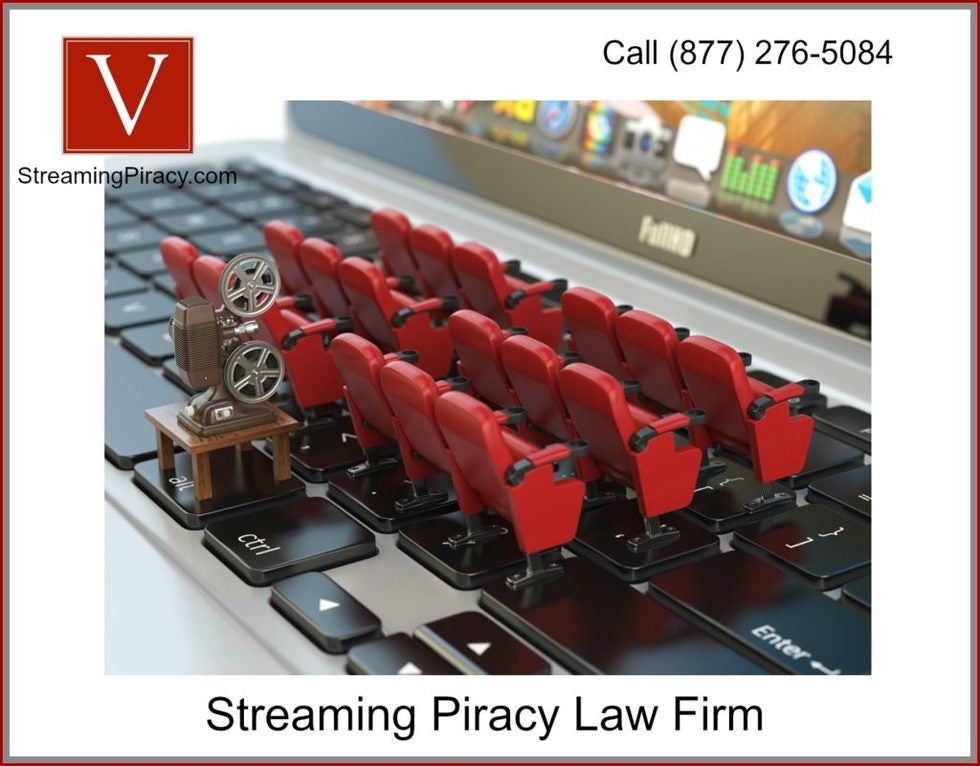 Here is the recent case that is grabbing a lot of headlines in the area of streaming TV law.   If you received a legal demand letter from Dish Network aka NagraStar (or email via SATSCAMS) accusing you of pirating DISH signals or demanding $3,500-$7,500 or more in settlement BEFORE YOU PAY THEM call us for a free initial consultation.   See our blog here.  You have to take these types of letters serious and we can help you defend.  Now back to our case.

Case allegations according to the lawsuit filed in the Southern District of Texas (Houston Division):

“DISH is the fourth largest pay-television provider in the United States and delivers copyrighted programming to millions of subscribers nationwide by means of satellite and over-the-top delivery (“OTT”) services whereby programming is delivered using a public Internet infrastructure. DISH's subscribers enjoy access to hundreds of video and audio channels, including a diverse line-up of international channels.”

Some of the allegations in the complaint include:

“DISH brings this suit for copyright infringement to stop the ZemTV service's unlawful retransmissions of television channels exclusively licensed to DISH throughout the United States. The ZemTV service is retransmitting these channels over the Internet to end-users that download the ZemTV add-on for the Kodi media player, which is available for download at the websites www.tvaddons.ag and www.tvaddons.org. Defendants profit from this scheme by encouraging ZemTV add-on users to make donations through Amazon or using PayPal at the site www.streamingboxes.com. DISH has not authorized Defendants to retransmit these channels or received any compensation from Defendants.”

“Pursuant to written agreements, DISH has the exclusive right to distribute and publicly perform in the United States the works that air on the Aaj Tak, Aastha Bhajan, Aastha TV, ARY Digital, ARY News, B4U Movies, B4U Music, Dunya TV, Express Entertainment, Express News, Geo News, Geo TV, Hum Masala, Hum Sitaray, Hum TV, India Today (Headlines Today), Movies OK, Sahara One, Sahara Samay, Times Now, and Zoom channels (collectively, the “Protected Channels”) by means including satellite, OTT, Internet protocol television (“IPTV”), and Internet. The written agreements were in effect at all relevant times and are currently in effect. The licensors of the Protected Channels acquire copyrights in the works that air on their respective channels, including by producing works and by assignment.”

The complaint then goes on to explain the alleged wrongful conduct of Defendant:

The Complaint then went on to allege copyright infringement

“Developer distributes and publicly performs the copyrighted programs that air on the Protected Channels to users throughout the United States via the ZemTV service, in violation of DISH's exclusive rights under 17 U.S.C. § 106. DISH has not authorized Developer to distribute or publicly perform these programs in any manner. 19. Developer is directly infringing DISH's copyrights in violation of 17 U.S.C. § 501. Each infringement of DISH's rights in each audiovisual work constitutes a separate and distinct act of copyright infringement.  Developer's acts are willful, malicious, intentional, purposeful, and in disregard of and with indifference to DISH's rights.   Unless enjoined by the Court, Developer will continue to engage in acts causing substantial and irreparable injury to DISH that includes damage to its reputation, goodwill, and lost sales, for which there is no adequate remedy at law.”

We will keep an eye on this case and see how it develops. 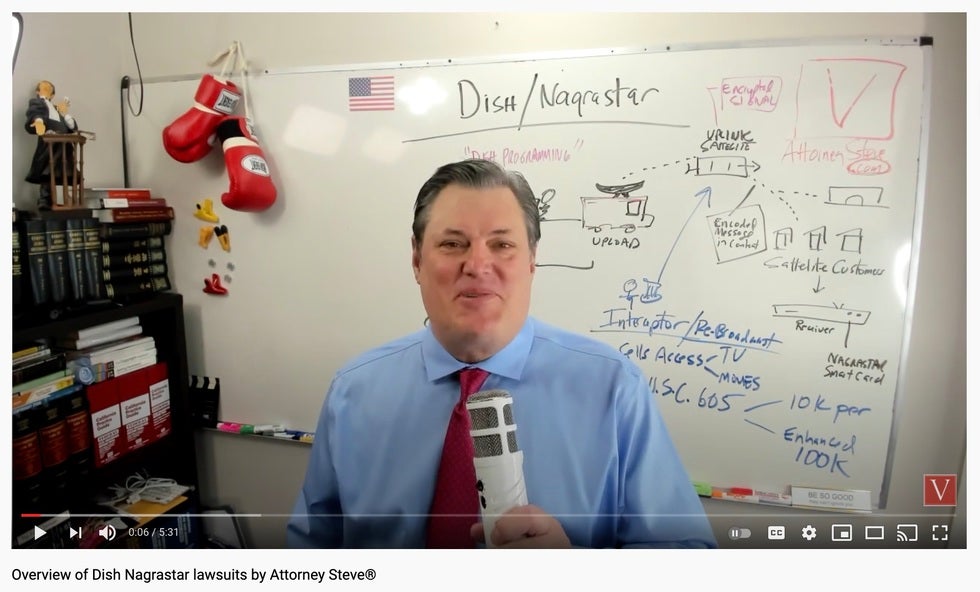 VIDEO:  Make sure to SUBSCRIBE to our legal channel to learn more about law and the legal process.  We are approaching 30,000 subscribers.

If you are involved in a legal issue involving copyrights and streaming media or television piracy contact us at (877) 276-5084.  We can help with cease and desist letters, DMCA take down notices, Nagrastar, Dish, Joe Hand lawsuits, G&G Closed Circuit, Triller lawsuits, J&J Sports and general copyright infringement arbitration, mediation and litigation. You can also leave a message through our contact form.