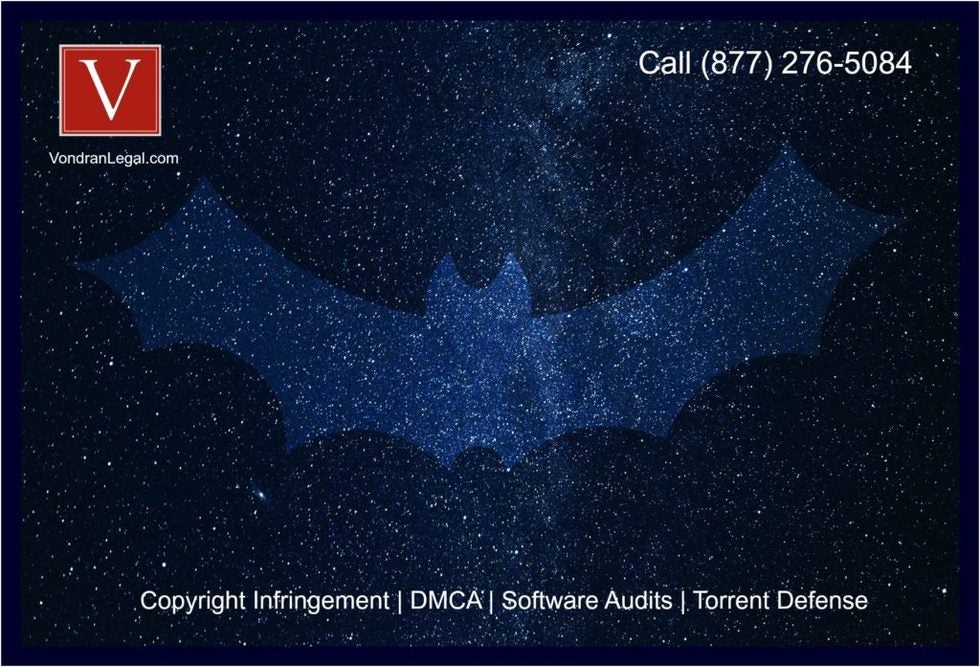 Defendant Mark Towle infringed DC Comics copyright in the Batmobile character when he produced and sold replicas of the Batmobile.

Plaintiff DC Comics is the publisher and copyright owner of the comic books featuring the story of the world-famous character: Batman, who is famed for racing his Batmobile to fight the evildoers of Gotham City. Over the past eight decades, the Batmobile has been featured in countless movies and television shows with the same general bat-like features and futuristic weaponry. The two depictions relevant here are the 1966 ABC television series Batman starring Adam West and the 1989 Warner Bros. motion picture BATMAN starring Michael Keaton. To produce the television show and motion picture, DC Comics licensed the right to use the Batman property, but did not transfer any rights under either agreement. While the television show and the motion picture did not directly copy any iteration of the Batmobile as it appeared in the comic books, both maintained bat-like appearances, state of the art weaponry and dark color.

Defendant Mark Towle produced replicas of the Batmobile as it appeared in both the television and the motion picture as part of his business at Gotham Garage, where he manufactures and sells replicas of famous automobiles featured in entertainment properties. Towle conceded that the replicas copied the designs of the Batmobile, but argued he did not copy every feature. The replicated Batmobiles sold for approximately $90,000. He also sold kits that allowed customers to modify their cars to look like the Batmobile. He advertised each replica as the “Batmobile” on his website batmobile replicas.com. Specifically, he advertised the replicas to feature “custom bat insignias, wheel bats, and a bat steering wheel” and used the trademarked Bat logo on the site. Towle admits he was not authorized by DC Comics to manufacture or sell any product bearing DC's copyright or trademark.

In May 2011, DC filed suit alleging copyright and trademark infringement arising from Towle's manufacture and sale of the  Batmobile replicas. Towle denied he infringed upon DC's copyright, arguing that:

(1)  the Batmobile as it appeared in the 1966 television show and the 1989 motion picture was not subject to copyright protection,

(3) asserted the affirmative defense of laches as to both copyright and trademark infringement.

At the district court level, Judge Ronald Lew from the Central District of California held that the Batmobile was a character entitled to copyright protection, that DC maintained a copyright in the Batmobile as it appeared in both productions, that Towle infringed on DC's copyright and concluded that Towle could not succeed in a laches defense to trademark infringement, but there were genuine issues to the copyright infringement claim for the defense.

Reviewing the district court's decision de novo, the Court first analyzed whether the Batmobile was entitled to copyright protection. For characters, copyright protection is available only “for characters that are especially distinctive, meaning a character must be “sufficiently delineated” and display “consistent, widely identifiable traits.”

The Ninth Circuit has a three-part test for determining whether a character in a comic book, television show, or a movie is entitled to copyright protection:

(1) the character must generally have “physical as well as conceptual qualities”;

(2) the character must be “sufficiently delineated” to be recognizable as the same character whenever it appears;

(3) the character must be “especially distinctive” and “contain some unique elements of expression.”

Applying this framework, the Court held that the Batmobile is a character protected by copyright. First, because the Batmobile appeared graphically in comic books, and as a three-dimensional car in TV and movies, it has “physical as well as conceptual qualities,” and is thus not a mere literary character.

Second, the Batmobile is “sufficiently delineated” to be recognizable as the same character whenever it appears. The Batmobile has always maintained its bat-like appearance, with a bat-themed front end, bat wings extending from the body of the car, exaggerated fenders, a curved windshield, and bat emblems on the vehicle.

It has always been a “crime-fighting” car with sleek and powerful characteristics, dawning jet engines and flame-shooting tubes, as well as it being equipped with the most up-to-date weaponry and technology. Third, the Batmobile is “especially distinctive” because it contains unique elements of expression and has a widely recognizable name, which makes it not merely a stock character.

Towle argued that the Court's finding is incorrect because the Batmobile has at times appeared without its signature sleek bat-like features, like in the 1988 comic book rendition where it appeared as an armored tank. The Court rejected this argument, reasoning that the changes in appearance resemble costume changes that do not alter the Batmobile's innate characteristics, analogizing James Bond changing from blue swimming trunks in Casino Royale to his classic tuxedo.

Concluding the Batmobile is a character that qualifies for copyright protection, the Court turned to whether Towle's copies of the Batmobile as it appeared in the 1966 and 1989 productions infringed DC's copyright. Towle did not contest the copying element of infringement. Rather, he argued that DC does not own any copyright interest in the 1966 and 1989 productions, and thus lack standing to pursue its copyright infringement claim.

In analyzing this issue, the Court looked to Section 106 of the Copyright Act which provides:

If an unauthorized third party prepares a derivative work, the copyright owner of the underlying work can sue for infringement. Applying these principles, the Court held that DC owns a copyright interest in the Batmobile character as depicted in the 1966 and 1989 productions, as DC is the original creator of the Batmobile character and DC did not transfer its underlying rights to ABC or Warner Bros. when licensing the Batman property for these productions. Plaintiff Towle attempted to argue that his replicas did not infringe DC's underlying work because the replicas look substantially different from the Batmobile in the original comic book. The Court rejected this argument because as a copyrightable character, the Batmobile need not have a consistent appearance in every context. Thus, the Court affirmed the district court's decision that Towle's production and sale of the Batmobile, as it appeared in the 1966 and 1989 productions, infringed DC's exclusive right to produce derivative works of this character. Because Towle admitted copying, the Court did not have to apply the two-part “substantial similarity” test, which judging from the photos, would have been futile for Towle regardless.

Finally, the Court addressed whether the district court erred when it ruled as a matter of law that he could not assert a laches defense to DC's trademark infringement claim. Laches is an equitable time limitation on a party's right to bring suit and is a valid defense to trademark infringement, but it does not apply “in cases of willful infringement,” which occurs when the defendant's actions are “willfully calculated to exploit the advantage of an established mark.” The Court found the district court did not err in its finding because Towle wilfully infringed DC's trademarks evident by Towle's advertising the replicas as the “Batmobile”; advertised to Batman fans and admitted most of his customers were avid Batman fans.

As Batman said to Robin, “In our well-ordered society, protection of private property is essential.” Agreeing with Batman, the Court held that the Batmobile character is protected by copyright, that DC owns the copyright to the Batmobile, and Towle infringed upon DC's property rights when he produced unauthorized derivative works of the Batmobile as it appeared in the 1966 television show and the 1989 motion picture. Dun nun nun nun nun nun nun nun BATMAN!!!