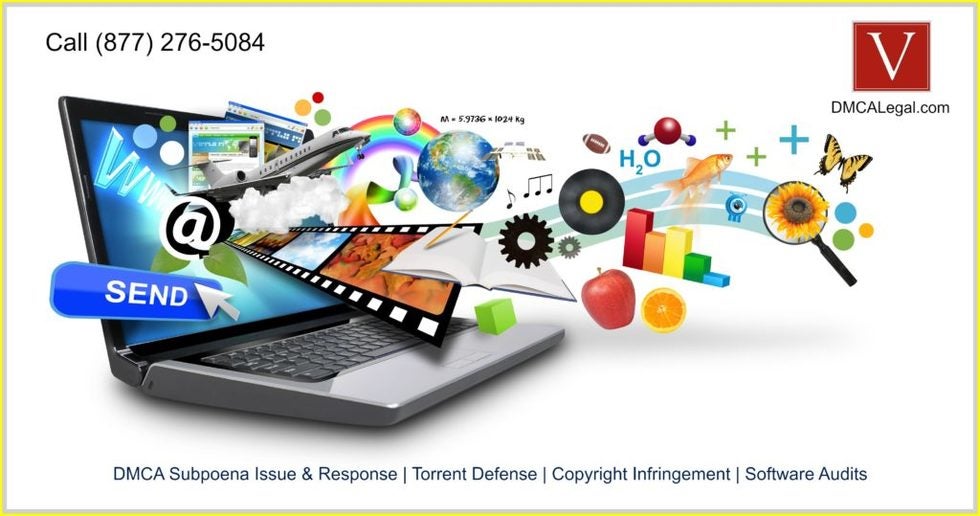 This case came before the Court concerning the Recording Industry Association of America's (RIAA) use of the subpoena provision of the Digital Millennium Copyright Act, 17 U.S.C. § 512(h), to identify internet users the RIAA believed were infringing the copyright of its members.

This case considers how recording companies can enforce their rights against pirating in the form of file-sharing. As file sharing programs became more and more decentralized, it became harder and harder for recording companies to protect their rights, especially when no specific website was involved in the direct sharing of illicit files.

The RIAA's solution was to direct anti-infringement efforts against individual users of person to person (“P2P”) file sharing programs. However, while the RIAA can readily obtain the screen name of an individual user, and can trace the user to his internet service provider (“ISP”), only the ISP can link the IP address used to access a P2P program with the name and address of a person.

On July 24, 2002, the RIAA served two subpoenas upon Verizon Internet Services, and ISP, in an effort to obtain the identities of two Verizon subscribers that it suspected were infringing the copyrights of RIAA members. Verizon refused to comply with the subpoenas, citing various legal grounds. The “notification of claimed infringement” identified the IP address of a Verizon subscriber and about 800 sound files he offered for trading; expressed the RIAA's “good faith belief” that the file sharing activity of Verizon's subscriber constituted infringement of its members' copyrights; and asked for Verizon's “immediate assistance in stopping this unauthorized activity.”

When Verizon refused to disclose the name of its subscriber, the RIAA filed a motion to compel production pursuant to Federal Rule of Civil Procedure 45(c)(2)(B) and § 512(h)(6) of the DMCA.

The district court ordered Verizon to disclose the names of the two subscribers. On appeal, Verizon contended: (1) § 512(h) does not authorize the issuance of a subpoena to an internet service provider (“ISP”) acting solely as a conduit for communications which has content that is determined by others; and if the statute does authorize such a subpoena, then the statute is unconstitutional because the district court lacked the Article III jurisdiction to issue a subpoena with no underlying “case or controversy” pending before the court; and (3) § 512(h) violates the First Amendment because it lacks sufficient safeguards to protect an internet user's ability to speak and associate anonymously.

This Court reversed the district court's order enforcing the subpoena and did not reach either of the constitutionality arguments.

Whether § 512(h) applies to an ISP acting only as a conduit for data transferred between two internet users, such as persons sending and receiving e-mail or, as in this case, sharing P2P files.

(1) “a ‘notification of claimed infringement' identifying the copyrighted work(s) claimed to have been infringed and the infringing material or activity, and providing information reasonably sufficient for the ISP to locate the material, all as further specified in § 512(c)(3)(A);

(2) the proposed subpoena directed to the ISP;

(3) a sworn declaration that the purpose of the subpoena is ‘to obtain the identity of an alleged infringer and that such information will only be used for the purpose of protecting' rights under the copyright laws of the United States.” 17 U.S.C. §§ 512(h)(2)(A)-(C).

Verizon contended that § 512(h) does not authorize the issuance of a subpoena to an ISP that transmits infringing material but does not store any such material on its servers. Verizon's statutory arguments addressed the meaning of and interaction between §§ 512(h) and 512(a)-(d). Section 512 creates four safe harbors in Sections § 512(a) – (d).

The Court noted that § 512(b)-(d) included a notice and take-down provision. This provision was absent in § 512(a). It makes a condition of the ISP's protection from liability for copyright infringement that “upon notification of claimed infringement as described in [§ 512](c)(3),” the ISP “responds expeditiously to remove, or disable access to, the material that is claimed to be infringing.”

Verizon alleges that the two subpoenas obtained by the RIAA fail to meet the requirements of § 512(c)(3)(A)(iii) because Verizon is not storing the infringing material on its server and cannot identify material “to be removed or access to which is to be disabled.” Verizon also points out that under § 512(h)(4), satisfaction of the notification requirement of § 512(c)(3)(A) is a condition precedent to issuance of a subpoena. Because infringing material that is distributed across a P2P file sharing is located in the computer of the individual infringer, a ISP would not be able to remove or disable access to the files no matter what information the copyright holder was to provide.

The RIAA points out that even if, with respect to an ISP functioning as a conduit for user-directed communications, a copyright owner cannot satisfy the requirement of § 512(c)(3)(A)(iii) by identifying material to be removed by the ISP, a notification is effective under § 512(c)(3)(A) if it “includes substantially” the required information, which RIAA argues is the case here. The Supreme Court notes that legislative history showed the term “substantially” was meant to include only “technical errors, such as misspelling a name.” The Court held that the defect here is beyond a technical error and cannot be thought of as “insubstantial.”

The Court also rejected the RIAA's argument that the definition of an ISP in § 512(k)(1)(B) makes § 512 applicable to an ISP regardless of what function it performs with respect to the infringing materials as laughable.

Additionally, Verizon argued that § 512(h) relates uniquely to the safe harbor in § 512(c) for ISPs engaged in storing copyrighted materials and does not apply to the transmitting function addressed by the safe harbor in § 512(a). Verizon argues that the presence of the three separate references to § 512(c) and the absence of any reference to § 512(a) in § 512(h) suggests that the subpoena power of § 512(h) applies only to the ISPs engaged in storing copyrighted material and not to those engaged solely in transmitting it on the behalf of others.

The Court rejects the RIAA's use of legislative history because the text of § 512(h) and the overall structure of § 512 clearly establish that § 512(h) does not authorize the issuance of a subpoena to an ISP acting as a mere conduit for the transmission of information sent by others. Even if that were not true, the Court still found that nothing in the legislative history supported such a claim.

Finally, the RIAA argued that Verizon's interpretation of the statute “would defeat the core objectives” of the Act. The Court expressed sympathy to the RIAA's concern regarding the widespread infringement of its member's copyrights, but determined that it was not the province of the courts to rewrite the DMCA in order to make it fit a new and unforeseen internet architecture.

In this case, the Supreme Court engaged in textual interpretation to determine that the RIAA could not subpoena ISPs who are not engaged in the direct transfer of infringing material to reveal the identity of their potentially infringing subscribers. The Supreme Court relied on the text of the relevant statute, despite the fact that the text might not have contemplated advancing internet technology. The Court determined that it was the not for the court system to adapt laws to technological advancements.

This blog was written by Ms. Claudia Lin, law student at U.S.C. school of law.