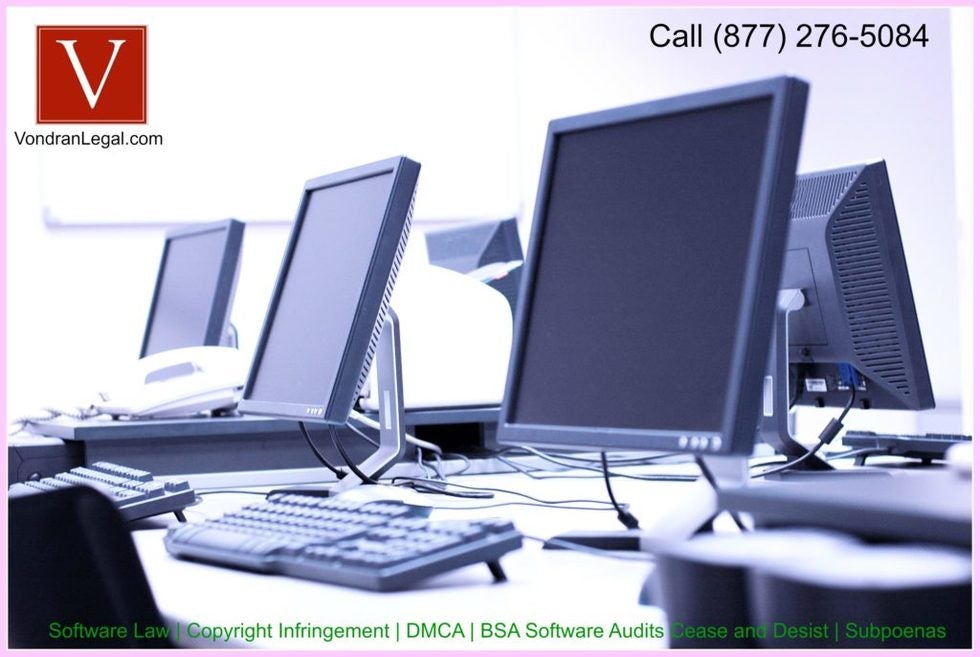 “Copyright misuse is a judicially crafted affirmative defense to copyright infringement.” Apple Inc. v. Psystar Corp., 658 F.3d 1150, 1157 (9th Cir. 2011). The purpose of the defense is to prevent “holders of copyrights from leveraging their limited monopoly to allow them to control areas outside the monopoly.” Id. (internal quotations omitted). Copyright holders may “use their limited monopoly to leverage the right to use their work on the acceptance of specific conditions” but they may not “[use] the conditions to stifle competition

Apple sued Psystar for copyright infringement based on its use of Apple's software on Psystar computers.

The Defendant-Appellant, Psystar Corp. (“Psystar”) was a small computer manufacturer.

Apple's Software License Agreement (“SLA”) requires that the Mac OS X be used exclusively on Apple computers. Apple distributes Mac OS X in a stand-alone, retail-packaged DVD with licensed software for the sole purpose of enabling Apple's existing customers to upgrade their Mac computers to the latest version of the operating system. Apple owns a registered copyright for each version of its operating system and the SLA for each requires the system to be used only on Apple computers.

Apple also uses lock-and-key technological measures to prevent Mac OS X from operating on non-Apple computers. Apple uses a “kernel” extension, which is software that is executed and becomes part of the operating system on an Apple computer. The kernel extension communicates with other kernel extensions to locate the decryption keys in Apple hardware, and to unlock the encrypted files.

In April 2008, Psystar began manufacturing and selling personal computers – originally named “OpenMac” and then renamed “Open Computers.” Psystar sells its computers with Mac OS X. Psystar purchased a copy of Mac OS X on a Mac Mini computer, and downloaded various software updates, using the automatic-update feature of the Mac OS X. Psystar used this version of the software to create a master image of the Mac OS X and install it on all Open Computers for sale to the general public. Psystar shipped Open Computers with a copy of the master image installed, and with an unopened copy of Mac OS X, which Psystar purchased from Apple or third-party vendors such as Amazon, in the box. While the unopened copy allowed Psystar to maintain that it had purchased a copy of the Mac OS X for each computer sold, the OS was in fact installed through alternative means.

On July 3, 2008, Apple filed this action against Psystar in the Northern District of California, alleging breach and induced breach of its SLA for Mac OS X, direct and contributory copyright infringement, trademark and trade dress infringement, and violation of state and common law unfair competition laws. Apple later amended its complaint to add a DMCA claim arising from Psystar's circumvention of the technological protection measures employed by Apple to prevent unauthorized access to and copying of Mac OS X.

On August 27, Psystar sued Apple in the Southern District of Florida, alleging new antitrust claims and seeking a declaratory judgment that its products did not infringe Apple's intellectual property. Apple moved in the Ninth Circuit to dismiss or enjoin Psystar's Florida action and to reopen discovery in this case related to possible infringement. The district court denied Apple's motions, thus closing this record.

The district court in a published decision held that Psystar was infringing Apple's federally registered copyrights in its operating software, Mac OS X, because Psystar was copying Mac OS X for use in Psystar's computers. This finding was not challenged in appeal. The court rejected Psystar's copyright misuse defense that asserted the un-enforceability of Apple's SLA requiring Mac OS X users to run their copies on Apple computers. Psystar appealed that ruling and the district court's order enjoining Psystar's continuing infringement of the Apple software. In addition, Psystar appealed the seven separate orders in which the district court granted Apple's motions to seal documents on grounds of maintaining confidentiality.

Whether the district court erred when it rejected Psystar's defense of copyright misuse.

The first sale doctrine allows owners of copies of copyrighted works to resell their copies without restriction. The statute specifically excludes the doctrine's application, however, when the copy is transferred through “rental, lease, loan, or otherwise, without acquiring ownership of it.” 17 U.S.C. at § 109(d). Thus, the first sale doctrine does not apply to a licensee. See Vernor v. Autodesk, Inc., 621 F.3d 1102, 1107–08 (9th Cir.2010).

First, it contended that Apple misused its copyright by asserting invalid claims of copyright infringement in this case. Second, it contended that the requirement that licensees of Mac OS X run their copies only on Apple computers is misuse. The relevant section of Apple's SLA for Mac OS X provides:

The Court disagreed with Psystar on the copyright misuse issue, making the following points:

The Court cited precedent developed in Vernor, that a software user is a licensee rather than an owner of a copy where the copyright owner:

Copyright misuse is a judicially crafted affirmative defense to copyright infringement, originally developed from the existence of such a defense in patent litigation. The Court notes that the doctrine has been applied sparingly. In fact, it notes that the decision in Practice Management was the only case in which the 9th Circuit Court of Appeals upheld a copyright misuse defense. And in that case, the defense was only upheld because the copyright licensor prevented the licensee from using any other competing product.

The Court summarizes other related case law to conclude that a software licensing agreement may reasonably restrict use of the software as long as it does not prevent the development of competing products.

Psystar argues that while a copyright owner can refuse to sell copies, it cannot control their subsequent use. The Court holds that Psystar's argument falsely assumes that Apple transferred ownership of Mac OS X when it sold a retail-packaged DVD containing software designed to enable Apple's existing customers to upgrade to the latest version of the operating system. The Court held that Apple's SLA made it clear that DVD purchasers were licensees, not owners, of the software. The SLA also imposes significant use and transfer restrictions, providing, inter alia, that a licensee may only run one copy and “may not rent, lease, lend, redistribute or sublicense the Apple Software.” The license thus satisfied the three-factor test for demonstrating the existence of a licensor/licensee relationship.

The Court rejects Psystar's reliance on the Fifth Circuit's opinion in Alcatel. In Alcatel, the license conditions prevented development of competing products, and thus constituted copyright misuse. Unlike the licensing agreement in Alcatel, Apple's SLA did not restrict a competitor's ability to develop their own software, nor did it preclude customers from using non-Apple components with Apple computers. Instead, Apple's SLA merely restricted the use of Apple's own software to its own hardware.

Because of litigation filed in Florida, there were outstanding issues regarding Apple's Snow Leopard and Psystar's Rebel EFI. Psystar argued that the injunction should expressly exclude the Snow Leopard and Rebel EFI, deferring to the Florida litigation to resolve those issues. However, the legal issues in this case and in the Florida case were materially similar, and the Florida court had not yet issued any ruling. The Court ruled that the fact that Psystar was the first to file suit, in Florida, did not require the same issues to be re-litigated there.

The Court rejected Psystar's reference to a case where a district court declined jurisdiction over an action when a complaint involving the same parties and issues has already been filed in another district on the grounds that the case referenced involved a court declining jurisdiction after another court had reached the opposite result.

Psystar also argued that the copyrighted work in Florida was different and should have been granted its own trial. However, the Court noted that federal law provides the district court the discretion to “grant temporary and final injunctions on such terms as it may deem reasonable to prevent or restrain infringement of a copyright.” The DMCA also provides authority to grant injunctive relief. The Court held that it was appropriate to provide the injunctive relief.

Psystar contended that the district court erred in granting Apple's motions to seal summary judgment papers, because the court failed to articulate specific reasons supporting its decision to seal. The Court agreed.

The district court granted seven sealing orders in connection with the parties' respective motions for summary judgment, oppositions, and replies, but none of the orders provide any specific explanation. The Court noted that the district courts are required to start with a strong presumption in favor of access when deciding whether to seal records. While the publication of materials that could result in infringement upon trade secrets is considered a factor that would overcome this presumption, the district court must at least articulate a rationale underlying the decision.

The district court's order to seal was vacated and remanded.

This case addresses important issues regarding the doctrine of “copyright misuse” and its relationship to the technological revolution.