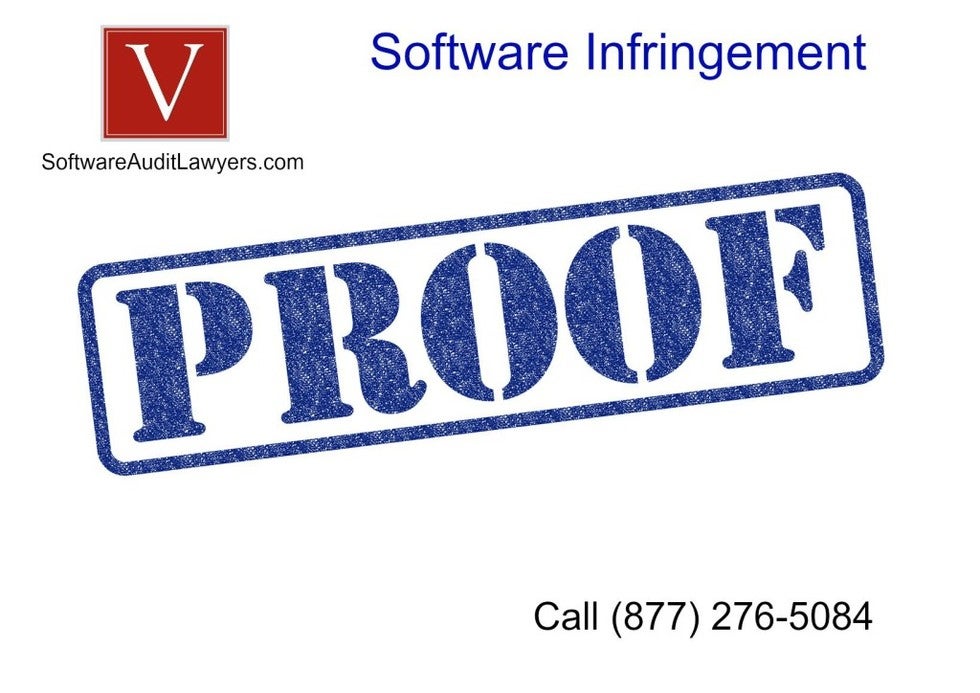 When your company is involved in a software audit, you will need to document your usage of software on your networks, servers and computers, and provide proofs of purchase.  When it comes down to it, who has to proof to prove copyright compliance?  Is it the company that has the license to use the copyrighted work, or in the case of audits, is it the software company?  This case talks about the Bourne v. Walt Disney case that addresses this matter when the case goes to copyright court.  As an initial background point, you may want to watch this short video that discusses BURDEN OF PROOF IN CIVIL CASES.

This case dealt with the following:

“Plaintiff-appellant-cross-appellee Beebe Bourne, doing business as the Bourne Co. (“Bourne”), brought this copyright infringement action against defendants-appellees-cross-appellants Walt Disney Co. and Buena Vista Home Video (collectively, “Disney”).  Bourne's first claim of infringement arose from Disney's sale of videocassette recordings featuring Bourne's copyrighted compositions from the motion pictures “Snow White and the Seven Dwarfs” and “Pinocchio” (“the Compositions”). Although the Compositions were written by Disney employees, Disney had assigned the copyrights in the Compositions to Irving Berlin, Inc. (“Berlin”), a music publisher and the predecessor-in-interest to Bourne, in the 1930s when the movies first were released.”

The court had to discuss the legal issue of which party had the burden of proof in a licensing case dealing with copyrighted products.  To this point the Court held:

“Bourne is correct insofar as it contends that the possession of a license by an accused infringer traditionally has been characterized as a matter of affirmative defense. See, e.g., Melville B. Nimmer & David Nimmer, Nimmer on Copyright § 13.01 (“Nimmer”). However, in most of the cases addressing the defense of license, the issue has been whether a license is held by the accused infringer. See, e.g., CMS Software Design Sys., Inc. v. Info Designs, Inc., 785 F.2d 1246, 1247 (5th Cir.1986). Since, in such cases, evidence of a license is readily available to the alleged licensee, it is sensible to place upon that party the burden of coming forward with evidence of a license. See United States v. Larracuente, 952 F.2d 672, 674 (2d Cir.1992) (holding that a defendant charged with criminal copyright infringement bears the burden of producing evidence of a sub-license).” So, whether or not an accused infringer has “possession of a license” is a matter of defense, that the Defendant must raise and prove.  However, the burden to show infringement does not change, nor does the burden to show that the scope of the license was exceeded by the Defendant.  As the Court noted noted in  Bourne v. Walt Disney Co., 68 F.3d 621, 631 (2d Cir. 1995)on this point:

Burden of proof regarding exceeding scope of software licensing agreement

IV. Exceeding Scope of License Agreements Plaintiff is likely to succeed on its claim that defendants are liable for copyright infringement for exceeding the scope of Microsoft's license agreements.  Plaintiff has traced a unit of MS–DOS 6.0 that Harmony had sold to plaintiff's undercover investigators, back to Amax Engineering, a Microsoft licensee that was authorized to distribute MS–DOS 6.0 exclusively with the sale of its personal computer systems. Plaintiff has also traced four of the MS–DOS 6.2 units seized from defendants' premises, back to Arche Technologies, a Microsoft licensee that was authorized to distribute MS–DOS and Windows only with its computer systems. The remainder of the Microsoft software seized from defendants' premises were not traceable to a specific licensee, but plaintiff's counsel affirms that none of the Products was authorized to be sold stand-alone. To the extent that defendants bought their Microsoft Products from authorized Microsoft licensees, they were subject to the same licensing restrictions under which those licensees operated. See Major League Baseball Promotion v. Colour–Tex, 729 F.Supp. 1035, 1041, 1042 (D.N.J.1990).

As these cases point out, the burden of proof in copyright cases and software audits can be the difference between winning and losing.  You should always immediately contact your copyright attorney if you are involved in a case such as a claim or infringement or a BSA or SIIA software audit, or responding to an Autodesk or Microsoft demand letter, etc.