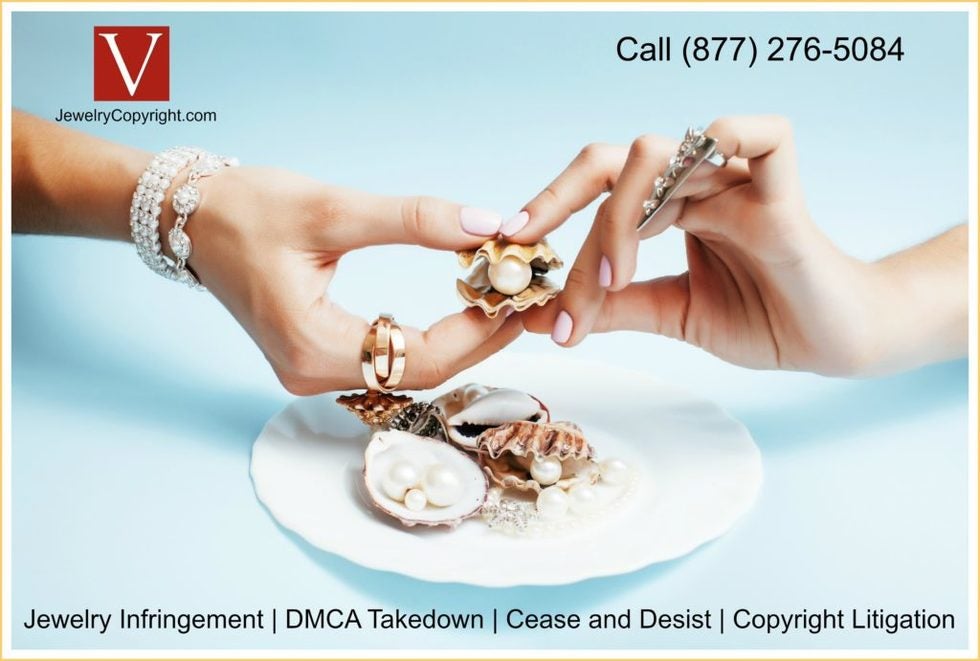 This case involves an action for copyright infringement by a jewelry manufacturer against a competitor.

Plaintiff Metal Morphosis, Inc. (“Metal”) was a Georgia corporation that manufactured jewelry (unique keys is one product). Defendant Acorn Media Publishing, Inc. (“Acorn”) was a District of Columbia corporation with its principal place of business in Maryland. Acorn sold products on its website, including jewelry.

At the time this lawsuit was filed, Metal and the Acorn were both selling pendants in the shape of a bird's nest that they obtained from Brown County Silver. Metal began selling these pendants in September 1994. It obtained a certificate of registration from the Register of Copyrights covering the bird's nest pendant in March 2003. During the original manufacture of the pendant, Metal's president mistakenly pressed her finger into the back of the mold so that her fingerprint showed up on the back of the pendant.

Around November 21, 2007, Metal discovered the bird's nest pendant on the Acorn's website and recognized it as a copy of its products. In fact, Metal claimed that the pendant sold by Acorn also included the fingerprint. Metal sent Acorn a cease-and-desist letter, however, Acorn continued sales of the pendant on its website until at least December 3, 2007. According to the complaint, Acorn at one point reduced the prices on the pendants to clear its inventory of the pendants.

Can a third-party purchaser of infringing jewelry be liable for copyright infringement?

A copyright infringer is anyone that trespasses upon the exclusive rights of the owner of a copyright. Sony Corp. of America v. Universal City Studios, Inc., 464 U.S. 417 (1984). The copyright owner's exclusive rights include the reproduction, the preparation of derivative forms, the distribution, and the display of copyrighted works. Id. (citing 17 U.S.C. § 106). Wrongful distribution of copyrighted works constitutes direct infringement and not contributory or vicarious infringement. See, e.g., Ortiz-Gonzalez v. Fonovisa, 277 F.3d 59, 62-63 (1st Cir. 2002).

A prima facie case of copyright infringement requires that:

(1) the Plaintiff owned a valid copyright

A plaintiff may show copying either through direct evidence of copying or indirectly where the defendant had access to the copyrighted work and the defendant's work is substantially similar. Peter Letterese, 533 F.3d at 1300-01.

Initially, Acorn argued that it could not be liable for copyright infringement because it was an “innocent purchaser (and third-party reseller) of the allegedly infringing item.” Metal claimed that Acorn improperly distributed its copyrighted works.

Acorn claimed that a “third-party reseller” can only be liable where it engaged in some unspecified “volitional conduct.” Acorn relied on cases involving digital copyrights where internet service providers or search engines are absolved from liability when illegally copied works pass through their sites. The Court distinguished those cases because where the internet service providers were mere conduits to infringement, Acorn actively sold potentially infringing product.

The Court held that an unwitting purchaser who bought a copy in the secondary market could be held liable for copyright infringement if the copy was not the subject of a first sale by the copyright holder. Therefore, the Court held that Acorn was subject to liability as a distributor.

Acorn argued that Metal did not have a valid copyright because the bird's nest pendant lacked originality. Metal was not seeking a monopoly over the idea of bird's nest jewelry. Metal was only claiming infringement on Acorn's allegedly identical pendant. The Court discussed some characteristics of Metal's bird's nest and concluded that it met the very low originality threshold.

The Court also distinguished several cases cited to by Acorn, citing various reasons that Metal's bird's nest was original. The Court also addressed Acorn's allegation that there was no valid copyright because the complaint did not allege prior creation. The Court held that it had discretion to decide the appropriate-evidentiary weight for the Plaintiff's certificate of registration of copyright.

The Defendant argued that the unfair competition claim should have been governed by Maryland law, citing Georgia's conflict-of-laws doctrine of lex loci delicti. The Plaintiff argued for conflict-of-laws determination based upon the Restatement's “most significant contacts rule.”

The Court held that the Plaintiff's claim would have failed even under its preferred choice of law.

In this case, the Court demonstrated that when a defendant copied a copyrighted work identically, then the case for infringement is clear and being a bona fide purchaser of the product from a third party did not absolve Defendant of liability.

We can help both Plaintiff and Defendants in infringement cases involving jewelry, pendants, rings, bracelets, necklaces, fashion items, software, video, books, films, music and other creative content.  Call us at (877) 276-5084 for a no cost initial consultation.