Copyright fair use in the music context – oh pretty woman! 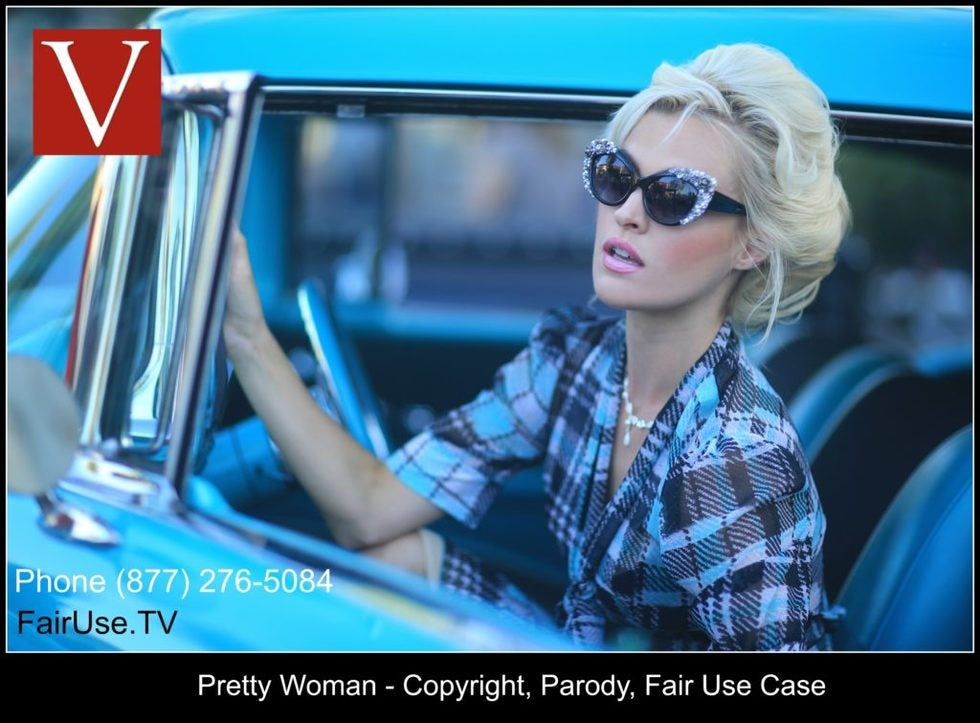 This is one of the leading cases dealing with music infringement fair use defense.  In this case, Acuff-Rose Music, Inc., filed suit against the members of the rap music group 2 Live Crew and their record company, claiming that the 2 Live Crew song, “Pretty Woman,” infringed the copyright of the song “Oh, Pretty Woman,” owned by Acuff-Rose, Inc. and performed by Roy Orbison.

“Acuff-Rose Music was involved in a landmark copyright infringement case in the 1990s: Campbell v. Acuff-Rose Music, Inc. (510 U.S. 569; 1994). In dispute was the use by rap artist Luther Campbell (then using the alias “Luke Skyywalker”) and his band 2 Live Crew of a substantial amount of the Roy Orbison hit song “Oh, Pretty Woman” in a parody. Claiming their version of the song fell under the fair use doctrine of the Copyright Act of 1976, 17 U.S.C. 107, Campbell prevailed in the United States district court in Nashville. However, this was reversed at the appellate level by the United States Court of Appeals for the Sixth Circuit. The case was argued before the United States Supreme Court on November 9, 1993. Handing down its ruling on March 7, 1994, the court held that the appellate court placed too much emphasis on the commercial nature of the parody. The opinion of the appellate court was reversed and the case was remanded for further proceedings.[5] Subsequently, the parties agreed to settle the case to avoid further legal expense.”

In 1964, Roy Orbison and William Dees wrote a rock ballad called “Oh, Pretty Woman” and assigned their rights in it to Acuff-Rose Music, Inc. 2 Live Crew is a rap music group comprised of Luther R. Campbell, Christopher Wongwon, Mark Ross, and David Hobbs. In 1989, Campbell wrote a song entitled “Pretty Woman” which he described as intended, “through comical lyrics, to satirize the original work.”

In July 1989, 2 Live Crew attempted to seek Acuff-Rose's permission to create a parody of “Oh, Pretty Woman.” Acuff-Rose refused. 2 Live Crew went ahead with their parody despite Acuff-Rose's refusal. Almost a year later, nearly a quarter of a million copies of the parody had been sold, and Acuff-Rose sued 2 Live Crew and its record company, Luke Skyywalker Records for copyright infringement.

The District Court granted summary judgment for 2 Live Crew, holding that its song was a parody that made fair use of the original song. The Court of Appeals reversed and remanded.

Was 2 Live Crew's commercial parody fair use within the meaning of § 107 of the United States Copyright law?

According to the Court, Section 107 of the Copyright Act provides that “the fair use of a copyrighted work… for purposes such as criticism [or] comment… is not an infringement.” Under the first four § 107 factors, “the purpose and character of the use, including whether such use is of commercial nature…” is but one of the fair fair use factors.

“§ 107. Limitations on exclusive rights: Fair use

“Notwithstanding the provisions of sections 106 and 106A, the fair use of a copyrighted work, including such use by reproduction in copies or phonorecords or by any other means specified by that section, for purposes such as criticism, comment, news reporting, teaching (including multiple copies for classroom use), scholarship, or research, is not an infringement of copyright. In determining whether the use made of a work in any particular case is a fair use the factors to be considered shall include—

The fact that a work is unpublished shall not itself bar a finding of fair use if such finding is made upon consideration of all the above factors.” 17 U.S.C. § 107.  The courts should consider all factors with no one being determinative.

The Court held that the Court of Appeals erred by giving virtually dispositive weight to the commercial nature of the parody by way of a presumption that “every commercial use of a copyrighted material is presumptively unfair.” The Court said that the statute made it clear that a work's commercial nature was only one element of the first factor enquiry into its purpose and character. The Court also held that the Court of Appeals erred in holding that, as a matter of law, 2 Live Crew copied excessively from the Orbison original under the third § 107 factor.

The Court held that the lyrics were not copied excessively in relation to the song's parodic purpose and remanded to permit evaluation of the amount of music taken. The Court noted that it was unlikely that this work would act as a substitute for the original, since the works served two completely separate markets.

The Court noted that it was uncontested that without a fair use defense, 2 Live Crew's song would constitute an infringement of Acuff-Rose's copyright.

The Court interpreted the first factor of the fair use enquiry, the “purpose and character of the use,” as asking the court to examine whether the use is for criticism, comment, or news reporting and the like. A court should look to whether the new work merely “supersede[s] the objects of the original creation” or instead “adds something new, with a further purpose or different character, altering the first with new expression, meaning, or message…”

The Court held that while they agreed with both the District Court and the Court of Appeals that the original's creative expression for public dissemination fell within the core of the copyright's protective purposes, this factor is not much help here since parodies are usually publicly known, expressive works.

The Court noted that this factor asked a court to consider the persuasiveness of a parodist's justification for the particular copying done. It also noted that the facts bearing on this factor will also tend to address the fourth factor, by revealing the degree to which the parody may serve as a market substitute for the original or potentially license derivatives.

However, the Court recognized that parody is a special case because its comment necessarily springs from recognizable allusion to its object through distorted imitation. The Court held that the Court of Appeals was not appreciative of the parody's need for recognizable sight or sound. 2 Live Crew's use of the characteristic opening bass riff might have been necessary to conjure the image of the original.

Despite its analysis, the Court recognized that not everyone who calls themselves a parodist can just use other people's work and get away without punishment. The Court held that context was important. In 2 Live Crew's case, it was significant that they not only copied the first line of the original, but thereafter departed markedly from the Orbison lyrics for its own ends. The Court held that this was not a case where “a substantial portion of the parody itself is composed of a verbatim copying of the original.”

The Court noted that the fourth factor required courts to consider both the extent of market harm caused by the actions of the alleged infringer, but also “whether unrestricted and widespread conduct of the sort engaged in by the defendant… would result in a substantially adverse impact on the potential market for the original.” The enquiry “must take account not only of harm to the original but also of harm to the market for derivative works.”

This blog was written by U.S.C graduate Ms. Claudia Lin.

In this case, the Supreme Court clarified the standard for analyzing whether a parody can be considered fair use.  It is an extremely important case in the music law field.  If you are a band or musician, writer or performer contact our copyright law music division for more guidance on parody and fair use.  As we like to tell our clients, “fair use is like shooting at the king, you better not miss.”  We can be reached at (877) 276-5084.