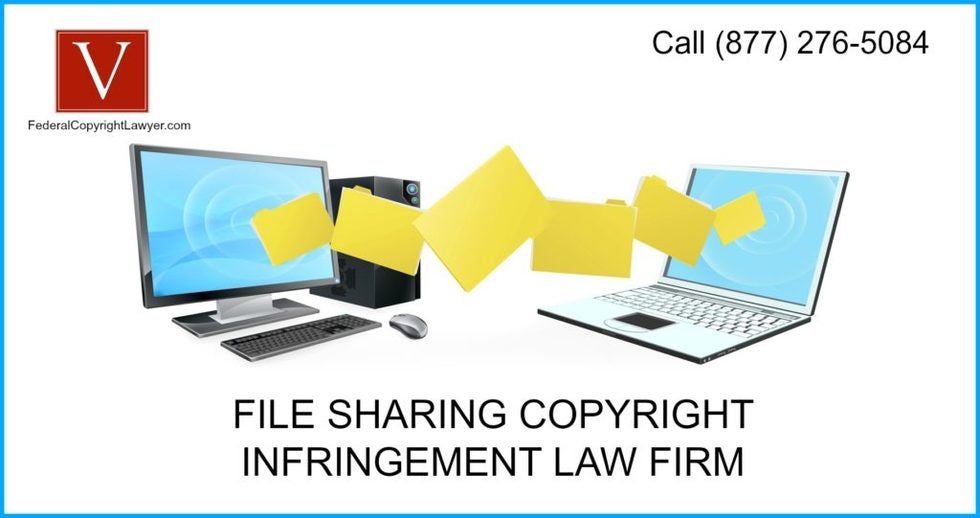 It appears Flava Works is filing lawsuits against individuals who are accused of file-sharing their movies, but not responding to demand letters.  It is important to understand your rights and your potential exposure.

This case deals with a public figure who was accused by FlavaWorks of downloading and sharing (uploading to other websites) their adult porn featuring black and Latino men in alleged copyright infringement.  Flava offers its videos through its website(s) on a subscription model basis.   The terms of service limit what you can do with their videos.  Flava is known to have a strong intellectual property anti-piracy stance and they have won some large money damages awards (see sample cases in the “resource” section below).  Now, however, a storm appears to be brewing between a public figure and Flava that has resulted in the alleged infringer (now identified as Marc Juris, President & General Manager of AMC-owned WE TV) who recently filed a “John Doe” lawsuit against Flava in a California District Court.

I have posted some of the allegations from the competing lawsuits below.  Flava, in response, filed their own lawsuit in Illinois federal court seeking 1.2 million dollars in copyright infringement damages for allegedly uploading their videos to other websites.  This is going to be a case to watch and we will see how this turns out.

Who is Flava Works

“Flava Works, Inc. is a company that produces gay media featuring black and Latino men. Its headquarters are in Miami, Florida, and it has a satellite office in Chicago, Illinois.  Flava Works operates several websites offering pornographic images and videos to its patrons including Cocodorm.com, PapiCock.com, ThugBoy.com, CocoBoyz.com, and FlavaMen.com. Thugsforsex.com is an online dating portal for black and Latin men. It has a chat room with video chat capabilities to its users. The CocoDorm is a live, interactive residence where models are hired to live together in a dorm-like environment. The Miami Herald described the operation as follows: “CocoDorm offers its young, muscular males $1,200 a month along with free room and board while requiring they masturbate and have group sex in front of [web] cameras. Flava Works produces a quarterly magazine, FlavaMen, which showcases the Flava Works models and contains editorials from contributing writers.”

A.  The John Doe lawsuit against Flava for Declaratory Relief (filed in California Central District Court).  Here is the complaint.

Allegations:  SUMMARY OF THE CASE

3. Defendant is now trying to blackmail Plaintiff in just this manner. In early June, Plaintiff was shocked to receive a letter from Phillip Bleicher, Defendant's CEO, falsely claiming that “Flava Works is aware that you have been ‘pirating' the content from its website(s) for your own personal financial benefit.” Aware that Plaintiff is a prominent public figure, Bleicher explained that Plaintiff could avoid a public lawsuit only by paying $97,000, an amount that would increase to $525,000 if not surrendered quickly. Bleicher was not subtle about the purpose of the payment is to avoid public humiliation, explaining that “if you act promptly you will avoid being named as a Defendant in a lawsuit.”

4. When payment was not forthcoming, Bleicher's threats became more brazen. On July 6, 2017, he noted Plaintiff was an “entertainment industry” figure and specifically threatened to issue a press release trumpeting the allegations. He again offered one last chance to settle the matter, generously indicating “I will hold off on a press release for the time being.” On July 27, 2017, Bleicher (now through counsel) increased his demand to $150,000, unabashedly justifying the figure with reference to Plaintiff's “status, his career and his wealth.”

5. Defendant's demand for hush money is nothing more than a cynical attempt to extort Plaintiff by threatening to expose him as a consumer of gay adult content.

Rather than submit to such demands, Plaintiff asks the Court for leave to defend himself under a fictitious name, and seeks a judicial declaration that he has not committed copyright infringement in that:

(a) the factual predicate of Defendant's claim is false because Plaintiff did not perform the alleged acts;

(b) Plaintiff has a complete affirmative defense to Defendant's threatened copyright infringement claim under the doctrine of “copyright misuse;”

Plaintiff sought to keep his identity private as a footnote in the complaint noted – “Concurrently with this Complaint, Plaintiff has filed an ex parte application for an order allowing him to maintain this action under the pseudonym John Doe (with full disclosure of his identity to Defendant and to the Court). The requested order also requires Defendant to name Plaintiff under his pseudonym in any counterclaim or new action it may file.”

DECLARATORY JUDGMENT SOUGHT – “This is an action for declaratory judgment arising under (i) the United States Copyright Act of 1976, 17 U.S.C. § 101 et seq. (the “Copyright Act”); and (ii) 28 U.S.C. §§ 2201 and 2202 and Rules 57 and 65 of the Federal Rules of Civil Procedure. Thus, this Court has original jurisdiction over the subject matter of this action pursuant to 28 U.S.C. §§ 1331 and 1338. This Court also has diversity jurisdiction over this action based upon 28 U.S.C. § 1332 in that there is complete diversity between Plaintiff and Defendant and the amount in controversy exceeds $75,000.00, exclusive of interest and costs.”  Defendants also seek their attorney fees under the Copyright law fee-shifting rules.

Allegations:  According to the complaint:

“Plaintiff is a corporation that produces adult entertainment in the form of DVDs, magazines, websites, pictures, streaming video and various other media.

11. Plaintiff has applied for and has registered various copyrights for its works.

12. Plaintiff is recognized nationally and internationally as a leader in the field of production and distribution of adult entertainment due, in large part, to the goodwill and name recognition associated with its trademarks, as well as the high-quality content that is associated with its copyrighted material.

15. Notwithstanding the aforesaid agreements, Defendant downloaded copyrighted videos of Flava Works as part of his paid memberships and, in violation of the terms and conditions of the paid sites, and posted and distributed the aforesaid videos on other websites, including websites with peer to peer sharing and torrents technology.

16. As a result of Defendant's conduct, third parties were able to download the copyrighted videos, without permission of Flava Works.”

This will be an interesting case to watch.  The evidence of infringement will be at issue as infringement is denied.  I would think that either there will be an early settlement, or else the cases might be consolidated and litigated vigorously by both parties.

This case dealt with (according to Wikipedia):

“Flava Works, Inc v. Gunter is a decision by the United States Seventh Circuit Court of Appeals, authored by Judge Richard Posner, which held that Marques Gunter, the sole proprietor of the site www.myVidster.com, a social bookmarking website that enables its users to share videos posted elsewhere online through embedded frames, was not liable for its users' sharing and embedding of copyrighted videos. The court of appeals reversed the decision of the United States District Court for the Northern District of Illinois, which had granted a preliminary injunction against myVidster, citing sufficient knowledge of infringement on Gunter's part, while denying safe harbor defense under the Digital Millennium Copyright Act (DMCA). The Court held that Gunter was not directly liable because the copyrighted content was not stored on myVidster's servers, and was not contributorily liable because there was no evidence that conduct by myVidster increased the amount of infringement.”

Based on these cases, you can see that their litigation strategy has to be taken seriously.

Our firm has experience in handling infringement cases with Flava Works.  If you received notice of a lawsuit or a demand letter the best bet is to contact us for a free initial discussion.  We can help you review the evidence, and potential defenses, and discuss your case in general.  If the case is pre-litigation we can often structure an affordable flat-rate fee.  We also have reasonable fees for litigation.  Click here to see our Federal Court experience. Click here to see our client reviews on Avvo. Call us at (877) 276-5084.  When it comes to this area of law, there is no substitute for experience.  You click, we Defend.  We can assist with Malibu Media Defense and Flava Works cases.