All I want to do is Zimba Ku Ku Ku….Copyright baby! 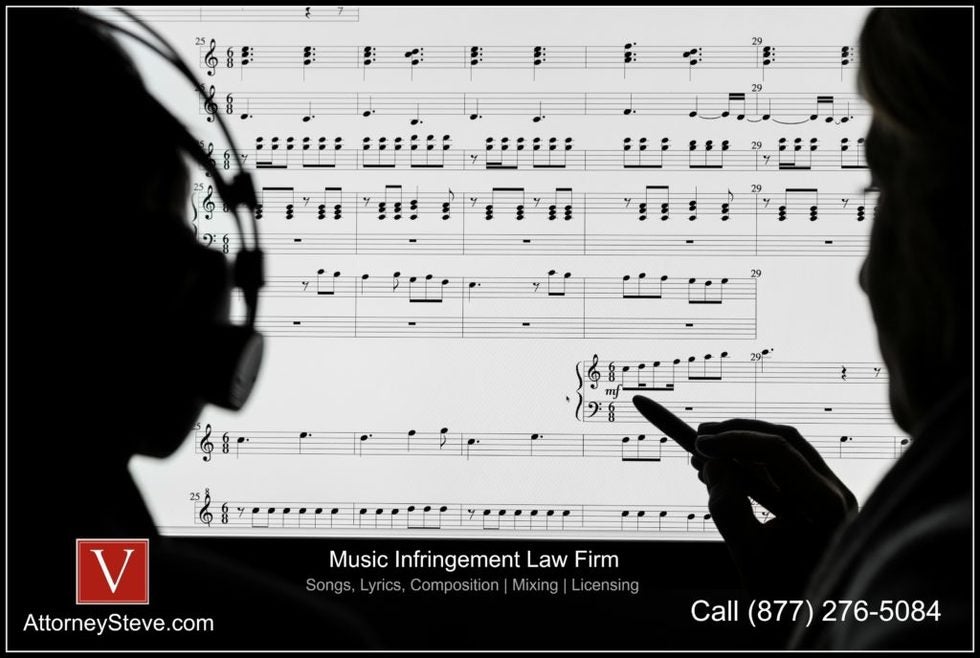 This this case demonstrates the standard for summary judgment on a copyright infringement claim where owner has a copyright protection of the composition of a song but the allegedly infringing expression was a performance of a song.

Plaintiff claimed that the drum part in question is “one of the most famous ‘breakbeats in funk and hip hop music history.” Plaintiff alleged that the Zimba Ku breakbeat is “the driving force of the composition and is featured continuously throughout the work.”

On May 14, 2014, this Court ordered that full fact discovery be stayed in favor of an initial period of expert discovery and decision on the instant motion.

Can a musical composition copyright infringement claim move forward when individual elements of the allegedly infringing composition are commonplace?

The establish a copyright infringement claim, a plaintiff must show:

(1) ownership of a valid copyright;

(2) unauthorized copying of the copyrighted work.

To show “unauthorized copying,” a plaintiff must demonstrate that:

(2) that the portion copied amounts to an “improper or unlawful appropriation.”

A plaintiff may use direct or indirect evidence to prove that the defendant “actually copied” his work. When direct evidence is unavailable, copying can be inferred if a plaintiff demonstrates that “the person who composed the defendant's work had access to the copyrighted material and that there are similarities between the two works that are probative of copying. Similarities between works are probative of copying if the ‘similarities between the two works… would not be expected to arise if the works had been independently created.'”  The “greater the proof of access, the less striking the similarities must be in order for actual copying to be inferred.”

The Court said that to prove probative similarity, a plaintiff could use expert testimony “dissecting” the two works and discussing their relationship to other, earlier works. If the elements at question are “so commonplace that [they are] not unlikely to arise [in] independently created works,” then the elements will not be considered probative of actual copying.

The Court quoted the Nimmer treatise on copyright explanation of improper appropriation, saying:

“First, there is the factual question whether the defendant, in creating its work, used the plaintiff's material as a model, template, or even inspiration. If the answer is “yes,” then one can conclude, as a factual proposition, that copying may have occurred. But the question remains whether such copying is actionable. In other words, that first answer does not vouchsafe resolution of the legal question whether such copying as took place gives rise to liability for infringement.”

The Court noted that in order to demonstrate improper appropriation, a plaintiff must establish that “a substantial similarity exists between the defendant's work and the protectable elements of the plaintiff's.” Courts use the ordinary observer test to determine substantial similarity. The plaintiff must “prove that the defendant ‘took from plaintiff's works so much of what is pleasing to the ears of lay listeners, who comprise the audience for whom such… music is composed, that defendant wrongfully appropriated something which belongs to the plaintiff.”

The Court notes that only “copyrightable elements” can be infringed. However, the Court recognizes that excessive splintering of elements from a given work can lead to “almost nothing being copyrightable because original works broken down into their composite parts would usually be a little more than basic unprotectable elements.” They concluded that “original elements, combined in an original way, can constitute protectable elements of copyrighted work.”

The Court also notes that summary judgment is proper only where “the similarity concerns only noncopyrightable elements of plaintiff[‘s] work or no reasonable trier of fact could find the works substantially similar.”

Defendants did not dispute that the Plaintiffs owned a valid copyright over the musical composition of Zumba Ku, therefore the Court only considered the second element of a copyright infringement claim: whether there was unauthorized copying of the copyrighted work.

The Court said that while many of the individual elements of Zimba Ku might have been commonplace, Defendants did not show that, as a matter of law, the “combination of those elements is so common as to preclude any reasonable inference of copying.”

Defendant argued that the individual elements of Zimba Ku were so “trite” and “unremarkable” that they are likely to be present in other independently created works. To support this argument, Defendant's experts cite and analyze various songs which contained some of these elements before either song at issue was composed. Those songs were:

The Defendants argued that various parts of these songs were compositionally the same as Zimba Ku and Price Tag, despite using different instruments to play the composition. The Court found that Defendants failed to find legal support for the proposition that the choice of instrument is not a compositional difference and held against Defendant. The Court also noted that their rejection of the Defendant's argument was meant as a matter of law, and that a jury may still find for the Defendant.

The Plaintiff also presented evidence that the Defendants directly sampled Zimba Ku's drum part, but the Court found that the Plaintiff's sampling argument was unnecessary for the purpose of surviving summary judgment.

To determine whether improper appropriation occurred, the Court considered the relevant drum part of Zimba Ku and the relevant drum part in Price Tag. While Defendants contended that prior art existed that proved that the plaintiff did not independently create the drum part of Zimba Ku, the Court disagreed. The Court said that it could not conclude as a matter of law that no reasonable juror could find that the compositions share “substantial similarities.” While the alleged infringement was one measure of Zimba Ku, which is repeated continually throughout Price Tag, that one measure is repeated in 87 of Zimba Ku's 104 measures, or 83% of the work. The Court found it reasonable to accept Plaintiff's argument that the drum part is the “defining musical element of Zimba Ku” and is the song's “heart.” Therefore, the Court found that a reasonable juror could find the Defendants “took from plaintiff's works so much of what is pleasing to the ears of lay listeners… that the defendant wrongfully appropriated something which belongs to the plaintiffs.”

This case demonstrates the standard for summary judgment on a musical composition copyright infringement claim. It establishes a minimum for what a Defendant must show to prove that infringement has not occurred.

This blog written by J.D. Candidate, Class of 2018, USC Gould School of Law.

We can help both Plaintiff's and Defendants who are involved in music infringement cases.  Call us at (877) 276-5084.