Facts: Kareem Abdul-Jabbar, a professional basketball player, sued General Motors Corp. (GM) for using his likeness in an advertisement without his permission. The advertisement ran in various publications and depicted a GM car with Abdul-Jabbar's face and signature on the side of the car. Abdul-Jabbar claimed that GM had violated his right of publicity under California law. GM moved to dismiss the case, arguing that it was protected by the First Amendment.

Issue: Whether GM's use of Abdul-Jabbar's likeness in an advertisement is protected by the First Amendment. 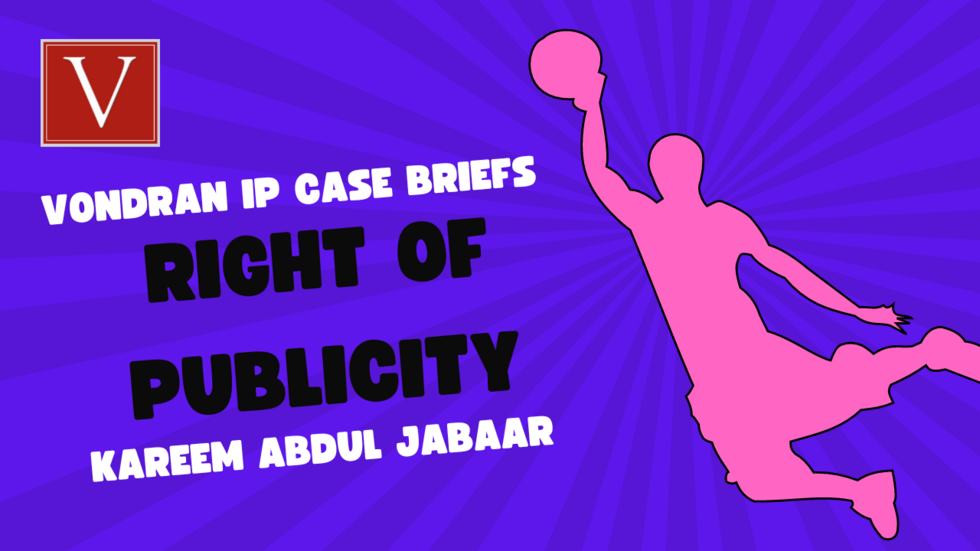 Rationale: The court noted that the First Amendment protects speech and expression, not commercial use of an individual's likeness. The court also noted that the advertisement was not related to any protected speech or expression, and thus, GM's use of Abdul-Jabbar's likeness was not protected by the First Amendment. The court concluded that Abdul-Jabbar's right of publicity was violated when GM used his likeness in the advertisement without his permission.

Vondran Legal® settled an ROP case against one of the biggest manufacturers in the the world and one of the largest law firms.  Call us if you feel your rights have been violated, or if your company is being sued for a right of publicity violation.  We can be reached at (877) 276-5084 or fill out our contact form.