Seeking idemnification or contribution from the informant who installs unlicensed software 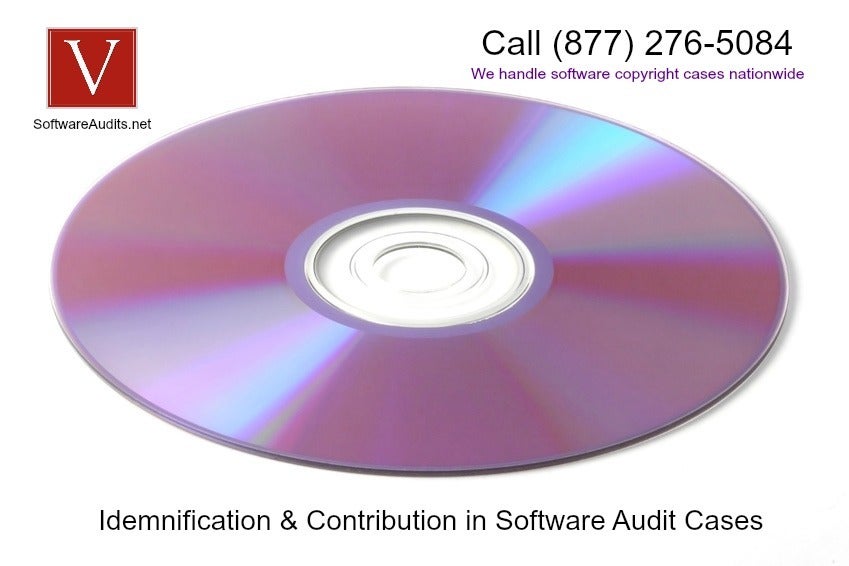 We recently had a mid-sized business come to us with a software audit letter demanding that they engage in a license compliance audit.  After we discussed the case in detail, and after reviewing my Client's internal laptops, computers, and networks they noticed there were several copies of Microsoft Office installed.  However, they were not installed by my Client, they were installed instead, as we believe, by a computer repairman who had installed MS office products in an apparent attempt to profit by reporting “software infringement” to the business software alliance.  As we have noted on our podcast, rewards (believed to be around 7%-10% of the final recovery) are offered on settlements where the informant tip leads to a settlement of the case.  Listen to our podcast on BSA informant rewards.

At this point, the company was wondering “should we be held liable for the acts of the computer repairman?”  This is only one example of how the issue of “indemnification” and “contribution” can arise is a software infringement case.  In one federal court case a company filed a Declaratory Judgement action seeking to have the Courts address this issue.

Facts of BIAA vs. SIIA

In one federal court case involving failure to settle a software audit, one company filed a lawsuit against in the District Court in Idaho against the SIIA seeking “declaratory judgement of non-infringement and a judicial finding of damages.” You can find the case on Pacer by searching for case#1:11-cv-00310-REB.  The facts are essentially as follows:

At any rate, this shows how a case could end up when your company is involved in a licensing audit dispute and the opposing counsel's intellectual property lawyers refuse to settle the case on fair and reasonable terms.  The parties who are responsible for installing the software could be held liable (of course they would naturally raise defenses of their own).

VIDEO:  Click on the picture above to learn more about the SIIA audit.  Don't forget to SUBSCRIBE to our legal channel by clicking on the Red “V” for Victory!  We are now over 2,300 subscribers and growing fast!  We appreciate your support.

What is equitable indemnification?

As noted above, one remedy a party may seek is “indemnification” from another party.  This is when another party should be forced to indemnify a party due to a contract (called contractual indemnification) or due to principles of justice be forced to “equitably defend” the party being hit up for damages by a software company such as Microsoft or Autodesk, or its regional law firms.  In one federal case in the Northern District of California, the Court discussed this legal principle:

Thus, in any case involving a software compliance investigation, it is wise to find out who caused the infringing software to be installed, and whether or not they should be forced to pay for the infringement damages, even if they are the “informant” who claims to have done nothing wrong.

What is contractual indemnification?

Another example of indemnification against a person who installed the software could be, for example, in the mergers and acquisitions context where a company makes certain representations and warranties in a purchase and sales agreement, and agrees to indemnify the company that is acquiring the other company against all claims of losses and damages due to any violation of any contractual representation.  We have handled a case where the selling company stated in the sales contract that there were not in violation of state or federal law and as it turned out, the computers they transferred during the sale contained unlicensed software.  If the selling company violates these representations, and the contract for purchase contains an indemnification clause, the selling party may be required to indemnify against all losses, demands, and attorney fees in relation to a software settlement, or copyright infringement action.  It is always important to see if any other person or entity signed a contract to indemnify your company.  Examples could include contracts with:

Every case is different, and if there is an indemnification clause in a contract, that should be reviewed by software counsel.

The law of contribution is intricate, but the basic principle is easy to state: “Typically, a right to contribution is recognized when two or more persons are liable to the same plaintiff for the same injury and one of the joint tortfeasors has paid more than his fair share of the common liability. Recognition of the right reflects the view that when two or more persons share responsibility for a wrong, it is inequitable to require one to pay the entire cost of reparation, and it is sound policy to deter all wrongdoers by reducing the likelihood that any will entirely escape liability.” See Employers Ins. of Wausau v. Musick, Peeler & Garrett, 954 F.2d 575, 578 (9th Cir. 1992), aff'd, 508 U.S. 286, 113 S. Ct. 2085, 124 L. Ed. 2d 194 (1993).

If you received an audit letter from a software publisher or one of their copyright attorneys, contact us FIRST before you even think about contacting them.  We can help you understand the audit process and discuss your software auditing rights, including the right to “opt out” of their so-called voluntary audits.  We offer a no-cost initial consultation for business owners and unlike most of our competitors, we offer affordable fixed (predictable) flat rate fees – meaning you will not get a SHOCKING LEGAL BILL once your case is settled.

Call us at (877) 276-5084.  We have great Avvo reviews, and have helped many companies across the United States in a wide variety of industries protect their brand by defending against a software audit from Autodesk, Microsoft, Adobe, SIIA, BSA, Siemens PLM and others.