Can I resolve a BSA or SIIA software audit with a letter? 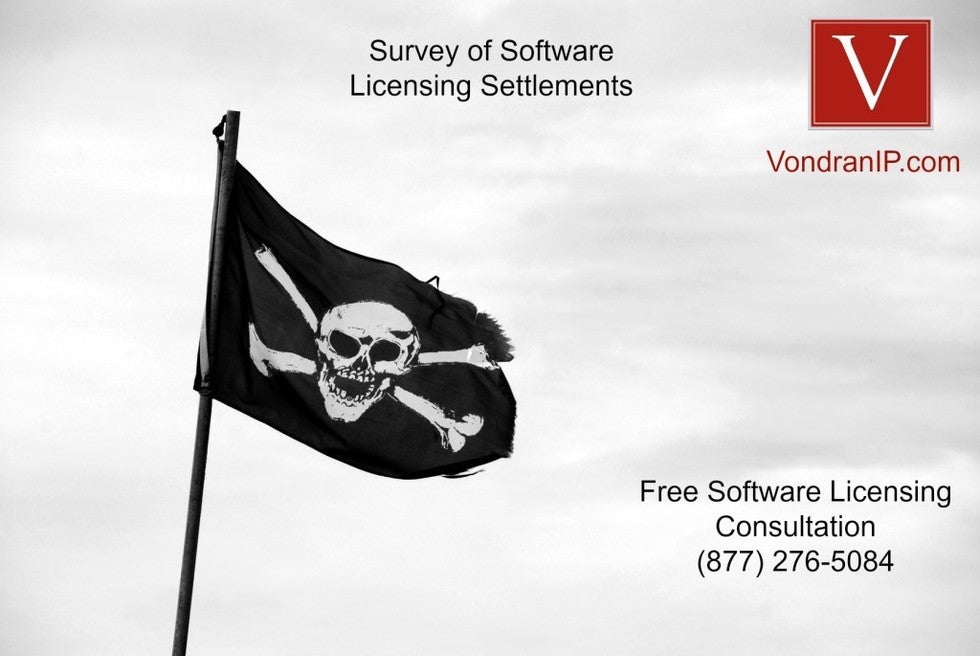 Our law firm handles BSA software licensing audits dealing with alleged software copyright piracy violations by companies such as Microsoft, and Autodesk.  In software licensing audits, the software company and/or their representatives want you to audit your internal software to basically prove to them that you have lawfully purchased licenses for all software you are using.  When the demand for audit letter comes, some companies believe they can just send a letter to the BSA or SIIA or other software compliance group informing them that “all is well” and/or offering to settle the dispute by “buying the licenses.”

This is a fairly common question our law office gets when a company is faced with a letter from an intellectual property law firm that is investigating allegations of software licensing piracy.

While it is tempting to believe such a simplistic approach will resolve your legal issues, in most cases we do not believe this will resolve the inquiry of the software companies.  They usually want more than just you buying the licenses (which you should have purchased in the first place).

From my experience handling these types of cases, you will not be able to resolve your case that easily (this is not the same as saying you cannot handle your software audit on your own).  But what I want to impart on all business owners with this blog is that when you are facing an allegation of unlicensed software licensing, you have serious legal exposure – not to mention exposure to your trademarks and your brand – that you need to keep in mind in deciding how you want to respond to a BSA audit letter.  To help you understand the exposure, this blog surveys some of the software licensing settlements nationwide.

1.  Survey of software licensing settlements with Phoenix, Arizona based companies:

a.  The XXXXX, Inc., a Scottsdale, AZ consulting company paid the BSA (Business Software Alliance) $120,000, following a voluntary self-audit showed shortages of Microsoft and Symantec software licenses on its computers.

b.   A Phoenix, Arizona based newspaper publishing company paid the BSA $150,000 due to a license shortage of Adobe, Apple, Microsoft and Symantec software programs.

These Arizona cases show that legal liability reaching over the six-figure mark are possible outcomes.  Keep in mind these software settlements were reported in 2003, so the figures the BSA was willing to settle for back then, may not apply today.

This was a 1998 federal lawsuit filed by Novell Inc., against Macroland.  While Microland was permitted to sell copies of Novell software to end users, they allegedly failed to adequately report all of their sales.  This case settled for $525,000 but only after an embarrassing lawsuit had to be filed and 7 months of federal copyright litigation as reported in Pacer (Pacer is an online database of federal court cases).

This case involved a New York company that was alleged to have insufficient software licenses for the above referenced software programs).  The alleged infringing company (a company that transmits money) settled for $130,000 and obviously had to engage in a “PR Campaign” to explain the alleged software piracy.  They also talk about the need for a software “asset management” program (called “SAM”).

One interesting point from the article is that at the time of the article the BSA had paid nearly $350,000 to informants under the software piracy reporting program.  As we have talked about in other blog posts, many of these software investigations are pursued to to disgruntled or prior employees who expose company secrets to the BSA or SIIA.

This 1995 case involved a China company alleged to have infringed Microsoft, Novell, Autodesk and Lotus software licenses.  The case settled for $78,300.

This case  involved a whopping $400,000 settlement (which is shown, interestingly, on PRNewsWire – evidencing how the media is used in these software settlements by the BSA) involves alleged illegal use of software by automative company AutoTrader.com.  Apparently, the lead came to the BSA through its anti-piracy website www.nopiracy.org.  The car company basically tried to explain away the alleged piracy as part of growing pains as indicated in the article:

“AutoTrader.com has grown from 10 employees at our founding 12 years ago to more than 2,000 today,” said Bob Hadley of AutoTrader.com. “During that time we have focused on managing the explosive growth of the company and serving the tens of thousands of customers – auto dealers, manufacturers and private sellers – who advertise vehicles for sale on AutoTrader.com and the millions of shoppers searching for cars on our site. We believe our employees have the utmost integrity when it comes to these matters and this audit brought to light the importance of having procedures in place to make sure all software purchases and licenses can be accounted for in accordance with Business Software Alliance policies.”

The point here is (a) BSA settlements can be very expensive, and (b) they can be very public (which also means very time-consuming).  The policies and procedures of a company in regard to software usage could also come under attack.

This link involves two Indiana companies that settled BSA cases in 2011.  One was a Rubber & Plastics company, the companies settled for $100,000 and $325,000 respectively.  The software at issue was Autodesk, Microsoft, Corel, Quest, and Symantec.   This was another case of piracy reported through the anti-piracy website.  The final settlement requires the companies to buy proper licenses, agree to strong SAM programs and to delete unlicensed copies of the software.

This is another example of a costly tip to the piracy hotline.  This was a case from 2001 and in this article it states the BSA announces settlements of 40 to 50 cases annually in the United States.

A software licensing audit is a very serious corporate issue.  How you respond could be the difference between settling your case confidentially, or having a costly public nightmare.  Our standard advice is to “do what a Fortune 500 company would do” – lawyer up and protect your defenses and come up with a strategy to resolve your issues.  While it is tempting to want to save money, you don't want to end up being “penny wise and pound foolish.”  The settlement represented above may not be accurate and have not been verified and may not be any indication of what your software case might end up settling for.

Steve Vondran, Esq. handles software copyright law cases such as federal Copyright troll defense, fair use, DMCA litigation, and software licensing audits.  These issues involve federal copyright law.  He is a former executive counsel for the Intellectual Property section of the Arizona State bar.  We can be reached for no-cost consultation regarding software licensing audits at (877) 276-5084 or by filling out the form below.