Copyright statute of limitations and the last infringing act 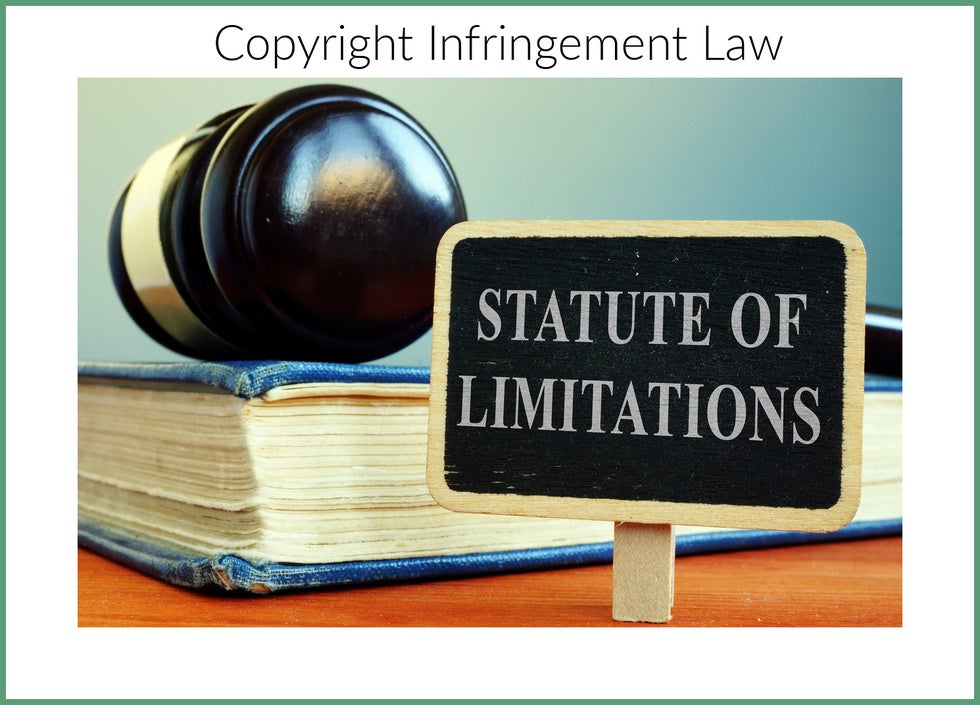 In this case the court discussed:

"A copyright claim must be “commenced within three years after the claim accrued,” 17 U.S.C. § 507(b), which occurs “when a party discovers, or reasonably should have discovered, the alleged infringement.” Oracle Am., Inc. v. Hewlett Packard Enter. Co., 971 F.3d 1042, 1047 (9th Cir. 2020). Here, the Complaint alleges “[o]n November 1, 2007, [Plaintiff] became aware of the animated film released by DreamWorks” (Compl. ¶ 3) which “copied numerous copyrightable elements of Plaintiff's work. Plaintiff argues his copyright infringement claim is not time-barred because “the statute of limitations for the Defendants' successive violations has not elapsed pursuant to the separate accrual rule.” Under the separate accrual rule, “when a defendant commits successive violations, the statute of limitations runs separately from each violation. Each time an infringing work is reproduced or distributed, the infringer commits a new wrong. Each wrong gives rise to a discrete ‘claim' that ‘accrue[s]' at the time the wrong occurs. In short, each infringing act starts a new limitations period.” Petrella v. Metro-Goldwyn-Mayer, Inc., 572 U.S. 663, 671 (2014).

“Thus, when a defendant has engaged (or is alleged to have engaged) in a series of discrete infringing acts, the copyright holder's suit ordinarily will be timely under [17 U.S.C.] § 507(b) with respect to more recent acts of infringement (i.e., acts within the three-year window), but untimely with respect to prior acts of the same or similar kind.” Id. at 672. Therefore, notwithstanding the separate accrual rule, pursuant to 17 U.S.C. § 507(b)'s three-year statute of limitations, “a successful plaintiff can gain retrospective relief only three years back from the time of suit. No recovery may be had for infringement in earlier years. Profits made in those years remain the defendant's to keep.” Id. at 677.5 Accordingly, the Court finds Plaintiff's copyright infringement claim is time-barred as to any alleged infringement that occurred more than three years prior to Plaintiff filing the complaint on February 4, 2021.

Can you raise the Copyright Three-Year Statute of Limitations in a Motion to Dismiss in Federal Court?

Yes, but it has to be clear that the statute has actually run.  Many times, this can be a question of fact.  The Court is required to construe Plaintiff's pleadings very liberally and if there is a good faith allegation that the statute has NOT RUN, (for example, Plaintiff claims they only recently discovered a photo infringement), this can be an AFFIRMATIVE DEFENSE you have to raise while answering the complaint.  If you later prove the defendant "knew of should have known in the exercise of reasonable diligence" that there was a photo, video, film, software or other infringement within three years, but failed to timely file, this can be an issue to take up on a motion for summary judgment.  Here is a case discussing this:

The expiration of the statute of limitations is an affirmative defense, and as such the Court may only grant Defendants' Motion if it is clear from the face of the Complaint that Plaintiff's claims are time-barred. Coleman v. Kohl's Dep't Stores, Inc., No. 15-CV-02588-JCS, 2015 U.S. Dist. LEXIS 135746, 2015 WL 5782352, at *3 (N.D. Cal. Oct. 5, 2015) ("When a motion to dismiss is based on the running of the statute of limitations, 'it can be granted only if the assertions of the complaint, read with the required liberality, would not permit [*15]  the plaintiff to prove that the statute was tolled.'" (quoting Jablon v. Dean Witter & Co., 614 F.2d 677, 682 (9th Cir. 1980)). The Copyright Act of 1976 provides that all civil actions must be brought "within three years after the claim accrued." 28 U.S.C. § 507(b). However, the Ninth Circuit has explained that "when a claim accrues depends on the nature of the copyright claim"—copyright claims disputing ownership of a copyright accrue differently than claims centered on infringement. Seven Arts Filmed Entm't, Ltd. v. Content Media Corp. PLC, 733 F.3d 1251, 1254 (9th Cir. 2013) (noting that copyright infringement claims "have two basic elements:

(1) ownership of a valid copyright, and

(2) copying of constituent elements of the work that are original,'" and explaining that in ordinary infringement claims the dispute centers on the second prong—i.e., whether the defendant illegally infringed—but that in some cases the dispute is about who owns the copyright at issue).

As this case illustrates, don't wait too long to seek legal counsel on your copyright infringement claims that may involve fashion/fabric, jewelry, dancing (choreography), music, film, video, news clips, architectural plans or other copyrighted content.  If you do, you may lose your right to sue for money damages. This can also happen in software audit settings (ex. Autodesk, Vero, Solidworks, Microsoft and other cases where the auditing software publisher seeks to hold a company or individual for software piracy for allegedly using hacked or pirated software, and the company has "phone-home" technology that could have, and should have easily detected this and mitigated the damages immediately.

Call us at (877) 276-5084 or fill out the contact form to discuss your infringement case in confidence.  We have appeared in over 200 federal court litigation cases.