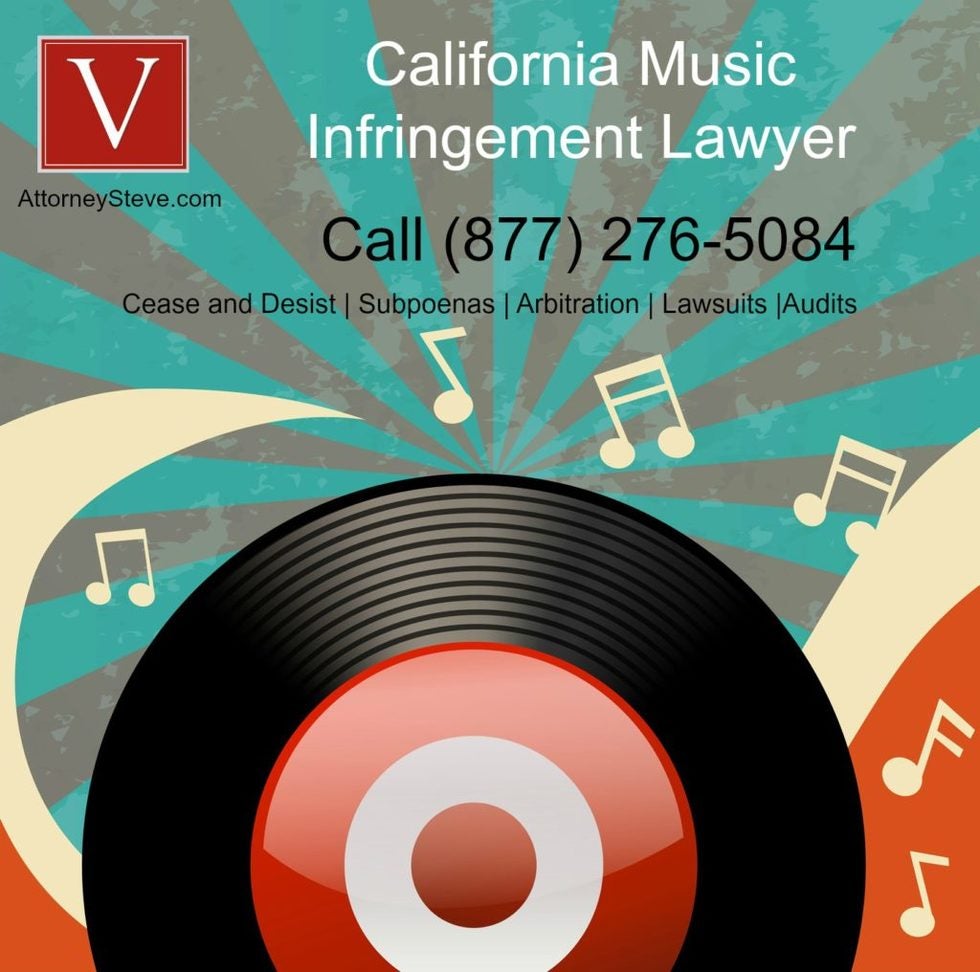 This case involves claims of copyright infringement of a musical work and breach of a contract providing for licensing royalties relating to that work.

Plaintiff Charles Wallert (“Wallert”) alleges that his 1978 musical composition and recording, “The Rock,” (“The Rock Composition” and “The Rock Recording”) was infringed by the song “Starlight” which was written and recorded by three of the defendants.  Those defendants, along with three others, licensed “Starlight in France, the United States, and elsewhere. Wallert also alleges that defendant Serhat Beduk's 2008 composition “Hot Bitch” infringed “The Rock.” Finally, Wallert claims defendant Universal International Music B.V. (“UIM BV”), which holds the distribution rights of “The Rock,” failed to pay him royalties for its licensing of “The Rock,” including for the sampling of that recording on infringing records, such as “Starlight.”

Wallert brings claims of copyright infringement, under the United States Copyright Act of 1976, and separately on the laws of 11 other nations; breach of contract; breach of the covenant of good faith and fair dealing; wrongful interference with prospective contractual relations; and unjust enrichment. Defendants are :

Wallert seeks injunctive relief, and statutory and punitive damages of at least $5 million.

In 1978, Wallert produced and financed a master sound recording of “The Rock” (“The Rock recording”), which was released by Family Music Productions, Inc. (“Family Records”). When Family Records ceased doing business, Wallert inherited all the rights held by Family Records. On June 29, 1979, Family Records executed an agreement with RSO, selling the rights of The Rock recording in exchange for royalties (the “RSO agreement”) and gave RSO the exclusive worldwide right to manufacture, sell, distribute and advertise records or other reproductions (visual or nonvisual) embodying the Acquired Masters, and other right related to the recording.

The RSO agreement set forth a payment structure for Family Records. The agreement also provided that “[n]either party hereto shall be deemed to be in material breach of any of its obligations hereunder unless and until the non-breaching party shall have given the other party hereto specific written notice by certified or registered mail, return receipt requested, of the nature of such breach and said other party shall have failed to cure such breach within thirty (30) days after its receipt of such written notice.”

In alleging breach of contract by UIM BV, Wallert relies on a copy of a July 1, 2006 global licensing agreement between UMG and Sony BMG Music Entertainment (“Sony BMG”) (the “UMG–Sony BMG agreement”).  The UMG–Sony BMG agreement outlined the short-form license that would be executed when a recording artist under either the UMG or Sony BMG record labels sampled the musical recording of another recording artist from the other record label.  The agreement required that a short-form license identify, inter alia, the sampled recording, the new recording, and the royalty rate.

Does a owner of a company have standing to assert copyright claims as to that company's assets and to assert breach of contract in the company's contracts that the owner is not a direct party to?

Under the Copyright Act,

“[t]he legal or beneficial owner of an exclusive right under a copyright is entitled … to institute an action for any infringement of that particular right committed while he or she is the owner of it.” 17 U.S.C. § 501(b).

A beneficial owner is

“the original author who transfer[s] [an exclusive copyright] to another, but … [is] entitled to receive royalties from that new owner for the exploitation of the author's work.”

Under California law, to claim a breach of contract, a plaintiff must plead the following elements:

(1) the existence of a contract,

(2) the plaintiff's performance or valid excuse for nonperformance,

(4) the resulting damages to plaintiff.

BREACH OF IMPLIED COVENANT OF GOOD FAITH AND FAIR DEALING

There are five elements to a breach of the implied covenant of good faith and fair dealing under California law:

(1) the parties entered into a contract;

(2) the plaintiff fulfilled his obligations under the contract;

(3) any conditions precedent to the defendant's performance occurred;

(4) the defendant unfairly interfered with the plaintiff's rights to receive the benefits of the contract;

(5) the plaintiff was harmed by the defendant's conduct.

(1) a contract or other economic relationship between plaintiff and a third party;

(2) the defendant's knowledge of the contract or relationship;

(3) defendant's intentional acts designed to induce a breach or disrupt the contract or relationship;

Under New York law, “to state a claim of breach of contract, the complaint must allege:

(i) the formation of a contract between the parties;

(ii) performance by the plaintiff;

(iii) failure of defendant to perform; and (iv) damages.”

The Court found that:

(1) Hoffman's wife was from New York,

(2) Hoffman “temporarily” lived in New York to collaborate with songwriters.

(3) Wallert and Hoffman had a business meeting in which they made plans to collaborate,

(5) Hoffman spoke with a New York attorney about a recording project on which Hoffman and Wallert were collaborating. The Court held that these were not enough to demonstrate contacts so “systematic and continuous” that the Court should exercise general jurisdiction over Hoffman.

The Court declined to exercise personal jurisdiction over Hoffman under C.P.L.R. § 302(a) because the cause of action did not arise from actions that occurred in the state of New York. The Court also rejected Wallert's attempts to assert personal jurisdiction under C.P.L.R. § 301(a)(2) and (a)(3) because Hoffman did not perform the allegedly tortious acts while he was physically present in New York nor did an agent of his perform the allegedly tortious acts.

The Court accepted the Universal defendants' argument that Wallert's federal copyright infringement claims fail because Wallert failed to allege facts sufficient to show his ownership of The Rock composition. The Court rejected Wallert's argument that as the owner of Moonstruck, Wallert was also the owner of Moonstruck's copyright ownership of The Rock composition. The Court noted that a corporation and its shareholders are distinct entities and an individual shareholder does not own a corporation's assets.

Wallert tried to rectify this claim by dissolving Moonstruck in order to become the owner of the copyright by operations of law. However, Wallert said in his declaration that he never formally dissolved Moonstruck. Wallert also never alleged the existence of a written document transferring ownership of The Rock composition to him and failed to respond the defendants' claim that the FAC inadequately pled his claim to be a successor in interest. The Court also held that Wallert was not the beneficial owner of The Rock composition copyright because he failed to plead any evidence that Wallert assigned the copyright title to Moonstruck in exchange for the payment of royalties.

The Court therefore dismissed those claims against the Universal publishing defendants, UMG, and the Starlight defendants.

The Court declined to exercise supplemental jurisdiction because the case had not proceeded past discovery, the Court had no familiarity with the copyright laws of the 11 foreign nations implicated by Wallert's claims, and the Court had limited familiarity to this case. Furthermore, since the Court dismissed Wallert's state-law claims, the international claims would be the only remaining claims in this case.

The Court acknowledged that there might have been an argument for diversity jurisdiction, however, the Court noted that the doctrine of forum non conveiens would permit the court to “resist imposition upon its jurisdiction even when jurisdiction is authorized by the letter of a general venue statute.”

Wallert claims that under the RSO agreement, UIM BV is required to pay royalties to Wallert, but has not done so. Specifically, Wallert alleges that Sony BMG sampled The Rock recording on at least three occasions and that under the terms of the UMG–Sony BMG agreement or another similar agreement, “UIM BV was and is obligated to collect royalties for any and all sample licensing of The Rock Record by Sony BMG.”

To assert a cognizable breach of contract claim under California law based on the failure to pay royalties relating to The Rock recording, the FAC should have plead that

(1) Sony BMG and UMG executed a short form license pursuant to the Sony BMG–UMG agreement, setting out terms governing the sampling of The Rock recording;

(4) UIM BV failed to pay Wallert, pursuant to the RSO agreement. The FAC, however, lacks any allegation that any such short-form agreement as to The Rock recording was ever entered. The Court therefore dismissed the breach of contract claim against UIM BV.

Wallert alleged that UIM BV failed to inform Wallert of his rights, under the UMG–Sony BMG agreement, with respect to the sampling of the Rock recording. But Wallert never alleges that there was ever a short-form license relating to the Rock recording. Absent such a license, Wallert did not have any contractual right to royalties traceable to the UMG–Sony BMG Agreement. Second, Wallert broadly alleged that, under the RSO agreement, Wallert was entitled to notice from UIM BV any time the Rock recording was utilized on any audio-visual device. However, the Court held that Wallert misinterpreted the provisions in the RSO agreement, and that Wallert was not infact entitled to such notice.

Wallert alleged that he had:

(2) UIM BV and the Starlight defendants “were aware of or should have known of those advantageous business relationships, contractual rights and opportunities,”

(3) UIM BV and the Starlight defendants “have been guilty of gross, wanton and willful conduct.” The Court held that these allegations were inadequate to state a claim, citing PNY Technologies.

The FAC next alleges that UMG breached the UMG–Sony Agreement by “failing to properly license and/or collect royalties therefor with respect to the Infringing [Starlight] Record and/or to account to UIM BV therefore.” The Court held that Wallert merely attached a contract and did not allege a breach of its terms. The Court also found that Wallert was neither a party to the UMG-Song BMG agreement nor a third-party beneficiary to the agreement and therefore had no standing to bring a claim.

This case illustrates the importance of proper pleadings and a proper understanding of the separation between a shareholder and its corporation.

If you are involved in federal court litigation and need to either discuss FILING an infringement lawsuit, or defending against one, call us at (877) 276-5084.