When to argue fair use in a photo infringement case? 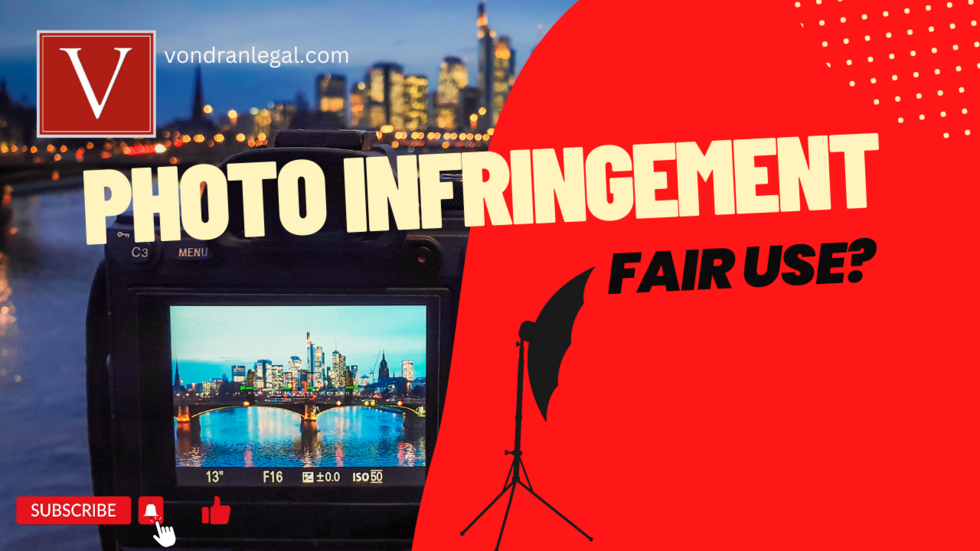 A photographer owns the copyright for their photographs, so if someone uses images from that photographer's work without permission, it can be considered an infringement of copyright law. Luckily, there are several factors that can help form a successful defense of fair use, if you decide to use these images on your website. These factors include how much of the photographer's work is being used, for what purpose it is being used, and if there is any financial impact to the photographer by its use. Additionally, the more transformative or innovative the use of the photograph on your website appears to be -- such as incorporating it into a new artistic work -- may strengthen your arguments in favor of fair use even more.

What is fair use?

As the Supreme Court of the United States just recently confirmed:

Section 107 of the Copyright Act codifies the judicial doctrine of fair use and states explicitly that “the fair use of a copyrighted work, including such use by reproduction in copies . . . for purposes such as criticism, comment, news reporting, teaching (including multiple copies for classroom use), scholarship, or research, is not an infringement of copyright.” 17 U.S.C. § 107 (“Section 107”); see also Campbell v. Acuff-Rose Music, Inc., 510 U.S. 569, 577 (1994).

Section 107 also sets forth four non-exclusive factors courts should consider when assessing whether a use of a work is fair:

(1) the purpose and character of the use, including whether such use is of a commercial nature or is for non-profit educational purposes;

(3) the amount and substantiality of the portion used in relation to the copyrighted work as a whole;

(4) the effect of the use on the potential market for or value of the copyrighted work.

The court will weigh these four factors when a fair use defense is raised by the Defendant who is accused of photo, video, or music infringement or other firms of copyright infringement.

The Supreme Court has held that this “list of factors is not exhaustive . . ., and that the examples set forth do not exclude other examples . . ., and that some factors may prove more important in some contexts than in others.” Google LLC, 141 S.Ct. at 1197.

Facts that will help support a fair use defense

Here are a few things that can help you succeed on a fair use defense, specifically as to photo infringement:

1.  Use the photo to tell a story, illustrate a point

2.  Provide credit to the photographer (attribution)

3.  Link back to their website(s) showing you have no intent to profit off their work or pass it off as your own

5.  Change the appearance of the photo and transform it into something new

6.  Make sure the photographer is not losing any licensing opportunities through your use of the images

All litigants should consider fair use defense early on in the game.

What may constitute Transformative use?

The first factor, “the purpose and character of the use,” 17 U.S.C. § 107(1), is a very important factor.  As courts have noted, the “central inquiry is whether defendant's use is transformative.” To determine whether an alleged infringing use is transformation, a court must determine “whether the new work merely supersedes the objects of the original creation . . . or instead adds something new, with a further purpose or different character, altering the first with new expression, meaning or message.” Campbell, 510 U.S. at 579. Display of a copyrighted image or video may be transformative where the use serves to illustrate criticism, commentary, or a news story about that work.” Barcraft Media, Ltd. v. Coed Media Group, LLC, 297 F. Supp. 3d 339, 352 (S.D.N.Y. 2017).

The First Circuit's decision in Nunez v. Caribbean Int’l News Corp., 235 F.3d 18 (1st Cir. 2000) is instructive. In that case, plaintiff took several photographs of Joyce Giraud (Miss Puerto Rico Universe) for use in Giraud's modeling portfolio and Ms. Giraud was nude or nearly nude in at least one of those photographs. El Vocero, a newspaper based in San Juan, subsequently published an article, which reprinted plaintiff's photographs, about the public controversy that arose over whether Ms. Giraud was fit to retain her title because of the nude or nearly nude photo.

Plaintiff then sued the owner of El Vocero claiming copyright violation. In determining that the use at issue was “transformative,” the First Circuit held: . . .

"what is important here is that plaintiffs' photographs were originally intended to appear in modeling portfolios, not in the newspaper; the former use, not the latter, motivated the creation of the work. Thus, by using the photographs in conjunction with editorial commentary, El Vocero did not merely “supersede[ ] the objects of the original creation[s],” but instead used the works for “a further purpose,” giving them a new “meaning, or message.” Id. at 23 (quoting Campbell, 510 U.S. at 579).

“It is this transformation of the works into news—and not the mere newsworthiness of the works themselves—that weighs in favor of fair use under the first factor of § 107.” Id. Moreover, as here, transformative nature of the article in El Vocera was not simply a republication of the photographs, but “informative function is confirmed by the newspaper's presentation of various news articles and interviews in conjunction with the reproduction . . . Appellee reprinted the pictures not just to entice the buying public, but to place its news articles in context; as the district court pointed out, ‘the pictures were the story.'

“while the mere commercial use of copyrighted material generally weighs against a finding of fair use, it does not end the inquiry under this factor. Rather, the Court must consider whether and to what extent the new work is transformative”); Blanch v. Koons, 467 F.3d 244, 254 (2d Cir. 2006) (“discount[ing] the secondary commercial nature of the use” where the work was transformative).

Raise it or waive it

In any case of copyright infringement, one of the defenses a defendant may raise is that of fair use. This is known as an affirmative defense and must be raised by the defendant in response to the plaintiff's complaint in order for it to be taken into consideration by the court. If a defendant does not raise this defense, then it may be deemed waived. It is, therefore important for defendants facing accusations to examine all potential affirmative defenses, including that of fair use, early on so they can present a more convincing case and mount a defense.  If the defense works, the Plaintiff may be on the hook for attorney fees.

We have handled many photo infringement cases. The rights of artists and photographers should always be protected.  However, there are also times when the public interest makes a difference and fair uses of copyrighted work can, at times, be lawful.  We can be reached at (877) 276-5084 or email us through our contact form.