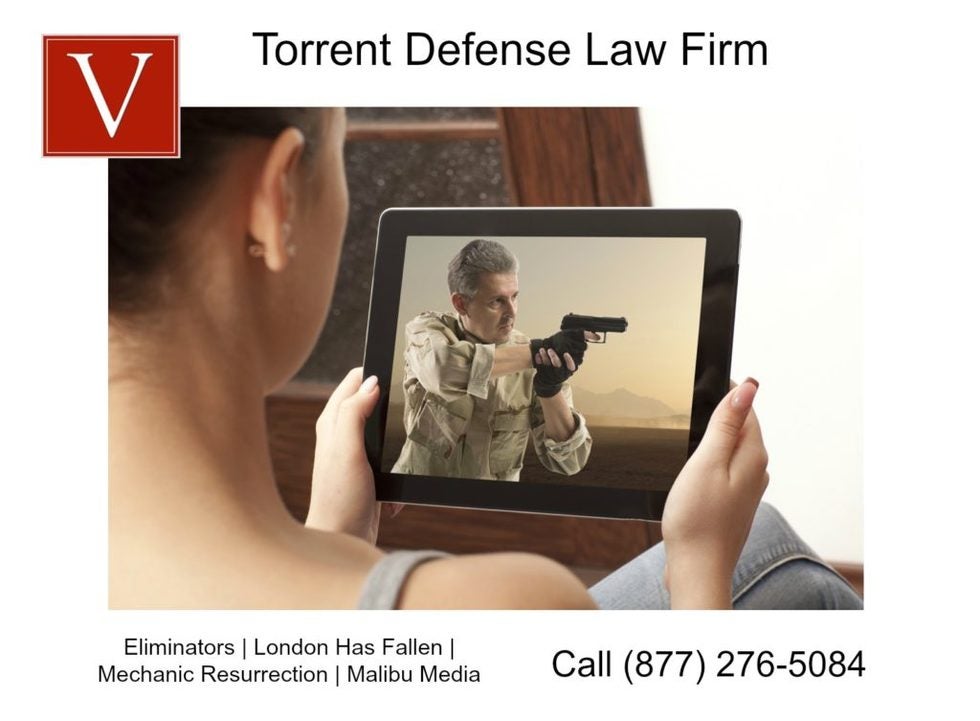 Here is another movie to add to the torrent movie lawsuit list.  Eliminators is another movie, which when illegally downloaded or shared via P2P (peer to peer) bittorent protocals can be the subject of legal action.  Lawsuits have been filed in Utah, Hawaii, Pennsylvania, Connecticut, Nevada and Oregon.  This blog will provide a basic overview of sample allegations being made against “Doe Defendants.”

What is the Eliminator movie?

Sample allegations in the complaint

“This is an action for enforcement of copyright. The United States Constitution and enacted Copyright laws prohibit the unauthorized copying and distribution of copyrightable works. This permits copyright owners, including the owners of motion pictures, to enforce their copyrights against infringers. This protection incentivizes and encourages the production of creative works.  Consistent with the federal copyright law, in Utah the development of the motion picture industry is a state public purpose1 which significantly impacts the state's economy and contributes to the fiscal wellbeing of the state and its people.  For example, it is reported that the Sundance Film Festival alone brings more than $60 million into Utah annually and that the film industry in Utah is responsible for hundreds of jobs and over $30 million of income to Utahns.  Plaintiff WWE Studios Finance Corp. is owner of rights in the motion picture Eliminators (“Copyrighted Motion Picture”) featured in theaters. Plaintiff brings this action in an effort to stop Defendants and others from copying and distributing to others infringing copies of the Copyrighted Motion Picture.”

“Upon information and belief, each Doe Defendant 1-18 (Exhibit B) copied and/or distributed or allowed to be copied and/or distributed Plaintiff's Copyright Motion Picture Eliminators using a file bearing the hash number SHA1: 53FB1F5227AF516DCDA02C0C651326D87D65C813. The true name of each Defendant is unknown to Plaintiff at this time. Each Defendant is known to Plaintiff only by the Internet Protocol (“IP”) address below used by each Defendant and which address is assigned by a local Internet Service Provider (“ISP” – Comcast) to the user or subscriber.”

“In this case Plaintiff has identified each infringing Defendant. This is done by identifying the IP address assigned by the ISP used by each Defendant and the date and at the time at which the infringing activity of each Defendant was monitored and observed. This monitoring and observation is accomplished using forensic software to collect, identify and record the IP addresses used by seeders and peers using BitTorrent protocol to unlawfully share, copy, reproduce and distribute copyrighted works.”

“More specifically, forensic software is used to scan P2P networks for the presence of infringing transactions with respect to a particular copyrighted audiovisual work. Whenever a digital copy of an audiovisual work is prepared by a seeder for distribution the computer system assigns a unique, coded, string of characters called a “hash checksum” (“hash ID”) to that seed file or piece(s) thereof. The hash ID is a string of letters and numbers generated by a commonly used mathematical algorithm known as US Secure Hash Algorithm 1 or “SHA-1.” The unique hash ID then accompanies a copy of the file or parts thereof whenever a copy is made or sent to another.”

“Though an IP address alone does not reveal the name or contact information of the account holder, in this case the Doe Defendant, it does reveal the likely general location of the Defendant. IP addresses are distributed to ISPs by public, nonprofit organizations called Regional Internet Registries. These registries assign blocks of IP addresses to ISPs by geographic region. In the United States, these blocks are assigned and tracked by the American Registry of Internet Numbers. Master tables correlating the IP addresses with local regions are maintained by these organizations in a publicly available and searchable.  An IP address' geographic location can be further narrowed by cross-referencing this information with secondary sources such as data contributed to commercial databases by ISPs. This regional data of IP addresses puts the Defendants in this judicial district.”

“The end result of the forensic software are evidence logs of infringing transactions and the IP addresses of the users responsible for copying and distributing the audiovisual work, here Eliminators. The IP addresses, hash IDs, dates and times, ISP and geolocation contained in Exhibit B correctly reflect infringers using the IP addresses and that they were all part of a “swarm” of users that were reproducing, distributing, displaying and/or performing the copyrighted work.”

We will keep an eye on these cases.

If you received a notice of subpoena from your ISP, call us for a free initial consultation at (877) 276-5084.  In most cases we can help DOE defendants get these case settled (a) anonymously, and (b) for the lowest amount possible based on past negotiations.  Some other cases have actually be dismissed. Give us a call and we can discuss what a Motion to Quash is, and to discuss our industry leading low flat rate (predictable) legal fees that so many of our customers love.