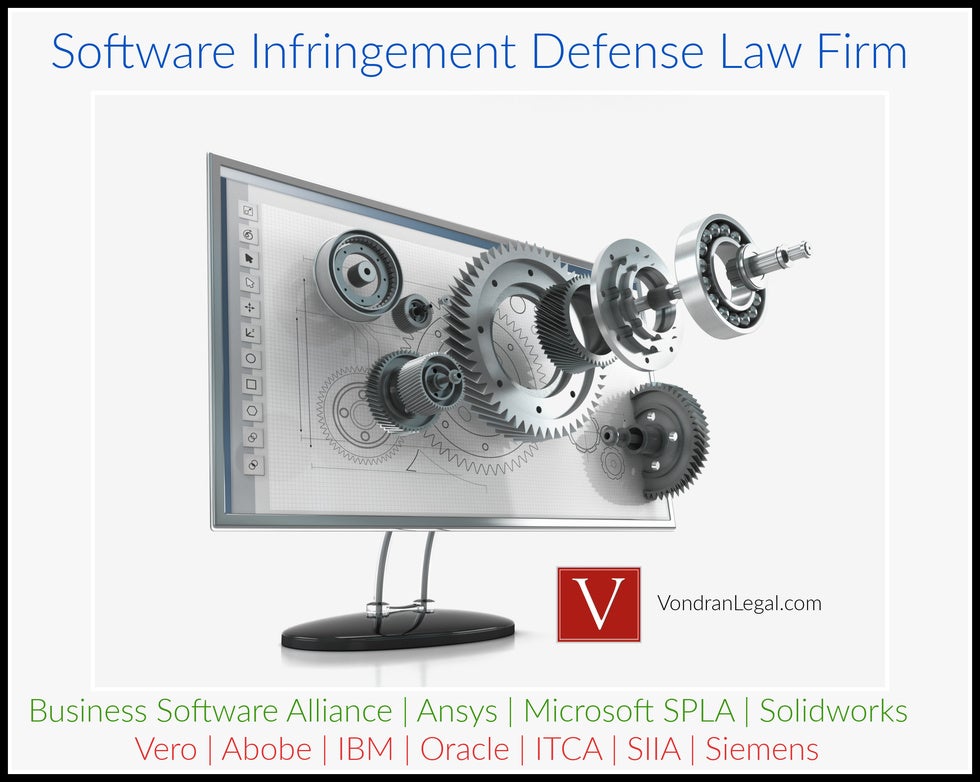 In this age of the global pandemic, as a software license compliance attorney, I see many publishers becoming really aggressive in software enforcement efforts.  Think about it, when businesses are downsizing or worried about finances and what the future holds, they may not be investing in new growth, hiring, and new technology, such as software.  Even software companies have "bottom lines" and they need to report to their shareholders.  This may be one reason I am seeking more companies use what I refer to as "phone home" software which alerts a software company if you have unlicensed software installed.  This can lead to compliance and legal problems (not only for the company, but also officers and directors who may be sought to be held "personally liable for software piracy despite the existence of the corporate veil."

This blog will show you one example of what can happen if you receive a audit letter from Ansys or one of their law firms, and refuse to come to the table with good faith settlement (remediation) efforts.

We have handled hundreds of software audits including handling federal court litigation.  If you receive a letter accusing your company of infringement contact us to discuss at (877) 276-5084.  We offer a free initial consultation.

Sample allegations in the Complaint

Here are some of the allegations (of interest to me) as a software piracy defense lawyer in the Ansys v. Actox case:

Actox denied any liability and it appears the case has been dismissed.

NOTE:  The CEO of the company was also sued personally (as we have stated many times in other blogs, officers and directors can be named in copyright infringement lawsuits, and often are).

ALSO NOTE:  Although Actox is a California company, the lawsuit was not filed there (which normally a Plaintiff counsel lawsuit would be filed where the Defendant company resides).  Here was the reason given to support the proper exercise of jurisdiction.

"Plaintiff is informed and believes that this Court may properly exercise at least specific personal jurisdiction over the Defendants because under the terms of the ANSYS Software License Agreement (the "SLA"), the parties have agreed that all rights and use of ANSYS HFSS and the Electronics Desktop software are governed by and construed in accordance with the laws of the Commonwealth of Pennsylvania, and the sole and exclusive jurisdiction and venue for any litigation arising from or relating to the SLA and ANSYS software shall be in a state or federal court maintaining jurisdiction over Washington County, Pennsylvania. By agreeing to the terms of the SLA, and conducting business with Plaintiff within this District beginning in 2015, and having this litigation arise at least in part due to Defendants breach of the SLA, Defendants have purposely availed themselves to the privilege of conducting business within this District and thus have submitted to personal jurisdiction in the United States District Court for the Western District of Pennsylvania."

"(f) The rights and obligations of the parties hereto will be governed by the substantive law of the Commonwealth of Pennsylvania, excluding the United Nations Convention on the International Sale of Goods and choice of law provisions.

(g) The parties hereto consent to the venue and jurisdiction of the federal and state courts maintaining jurisdiction over Washington County, Pennsylvania for purposes of any legal proceedings arising under or relating to this Agreement."

What is Piracy Detection Software?

Some clients who receive a copyright infringement notice ask "how did they find out about our unlicensed software installations (or over-installations)?" This was outlined above in their own words but if you take a close look at their license agreement (which was searched as of the date of this blog post) you will see they discuss this in their EULA:

Getting a letter from Ansys (or another other software publisher such as Microsoft, Vero, Siemens, Solidworks or Autodesk) makes many a CEO nervous, and for good reason.  I would say the NUMBER ONE WORST THING TO DO is to just ignore the letter and hope the issue just goes away.  While this COULD happen, in my experience it is probably not likely.  Here is what I WOULD recommend you do in my experience:

1. Do not call their attorneys under any circumstance.  Instead, assemble a team of officers and directors you can trust to be prepared to handle this matter.

2.  Do not run out and immediately uninstall, destroy or delete software.  Many times the software lawyers on the other side of the phone will tell me "we see they immediately stopped using our software once they got our letter, we know they have it installed."  I have never seen a case where destroyed evidence was helpful to the case.

3.  Call us for a free consultation.  This may sound self-serving, but realize they have lawyers on their team in most cases, and so you should probably at least look into retaining counsel for yourself.

Our law firm was established in 2004.  Since that time, we have helped hundreds of clients (both large and small) respond to allegations of copyright infringement, and respond to software audit letters from companies like Autodesk and the Business Software Alliance.  We have been in the trenches are are experienced in protecting your company and officers and directors who may also face personal liability.

Call us for a free initial conversation if your company is facing a software compliance crisis, need to respond to a federal court lawsuit (we have appeared in over 200 federal copyright cases) or a software publisher is demanding a "EULA audit" that is "required by the terms of your EULA."  These can be high pressure situations and we can help.

In many cases, we can set a flat-rate legal fee for non-litigation cases (ex. audits).