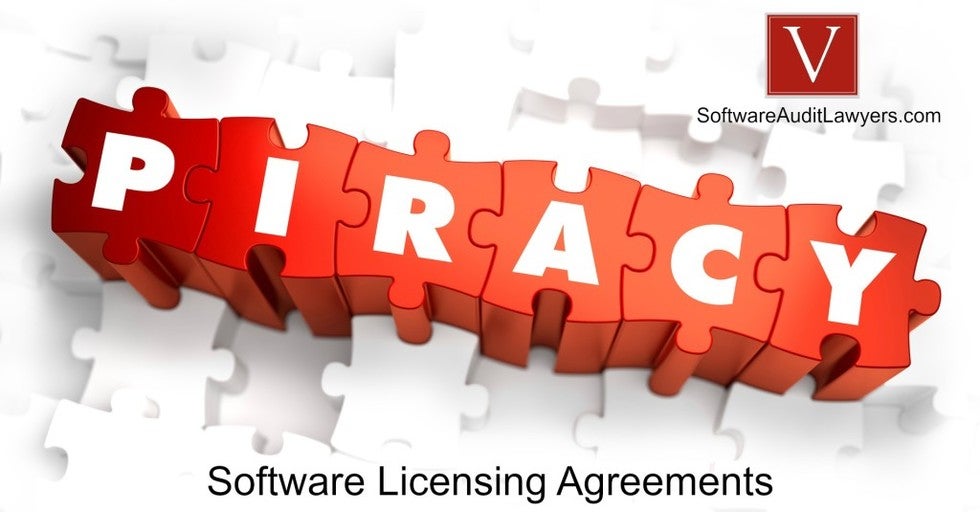 When you are in a software audit situation, the representative for the software company will usually get bullish and aggressive with you.  One think you will often hear them say is “you have to audit your entire network for all instances of software installs and report back.”  My first question is, do you have some legal grounds to force my Client to do this?  They might then say “its under the terms of the licensing agreement for the Microsoft, or AutoCad software for example.  I say “what if my Client never purchased a copy of your Client's software package, and thus there is no license binding on them?  Of what if the “clickwrap” license is not enforceable, how does this require that my Client stop his or her business and engage in a time-consuming audit?  These are some of the issues we look at when guiding our clients in a software audit.

What is “clickwap” software licensing and is it enforceable?

“The Court will begin by examining Recursion's first breach of contract claim. Fundamental to that claim is the question of whether the parties assented to be bound by the license agreement to Voyager 2.0.1. It is undisputed that Interactive used Voyager 2.0.1 and incorporated elements of it into Interaction Recorder. (Pl.App.199–200). Interactive also admits that the license agreement applicable to Voyager 2.0.1 is saved in Interactive's computer system. (Pl.App.202). Ganyo testified that it appears from various records that he personally downloaded Voyager 2.0.1 and saved it on Interactive's system, although he has no specific recollection of doing so. (Pl.App.151). To download the Voyager software, one had to go to Objectspace's website and follow certain protocol. (Pl.App.90, 100). The user would have to first provide certain information to get to the download/ license page. (Pl.App.90). That page provided the terms of the license agreement in a window. Because the entire agreement could not be viewed at once, the page allowed the user to scroll down the window to see the rest of the agreement. At the bottom of the page was a question asking whether the user accepts all of the terms of the license agreement. The user could only download the software by answering in the affirmative. A “no” answer would lead the user to a screen informing the user that the terms of the license agreement must be accepted to download the software.” This is how the typical piece of software for a web based application, or mobile app installation agreement might look.  Now, most users who want to use the software will just click the “yes” or “ok” button or check a box indicating “I agree.”  Once you do that, you are agreeing to the terms of the license (or are you as we discuss further below).  Let's see what the Court says in the case above about this software license: “These types of licenses are known as “ clickwrap” license agreements and are commonly used when software is distributed or sold via a website. See Am. Eyewear, Inc. v. Peeper's Sunglasses & Accessories, Inc., 106 F.Supp.2d 895, 905 n. 15 (N.D.Tex.2000) (“A ‘ clickwrap agreement' allows a consumer to assent to the terms of a contract by selecting an ‘accept' button on the web site.”); Mortgage Plus, Inc. v. DocMagic, Inc., 2004 WL 2331918, at *4 (D.Kan. Aug.23, 2004); Hotels.com, L.P. v. Canales, 2006 WL 228720, at *6 (Tex.App.—San Antonio Feb. 1, 2006, no pet h.) (not designated for publication). Clickwrap licenses are similar in nature to and derive their name from “ ‘shrinkwrap” licenses, which become effective once the cellophane shrinkwrap commonly found on computer software boxes is opened. See Specht v. Netscape Communications Corp., 306 F.3d 17, 22 n. 4 (2nd Cir.2002); Mortgage Plus, Inc., 2004 WL 2331918, at *4. Although the Court could find and has been referred to no Fifth Circuit authority directly speaking to the issue, other courts have found both types of licenses to be enforceable.   See e.g.  ProCD, Inc., 86 F.3d at 1450 (shrinkwrap); Mortgage Plus, Inc., 2004 WL 2331918, at * 5 ( clickwrap); i–Systems, Inc. v. Softwares, Inc., 2004 WL 742082, at *7 (D.Minn. March 29, 2004) ( clickwrap); I.Lan Sys., Inc. v. Netscout Serv. Level Corp., 183 F.Supp.2d 328, 338 (D.Mass.2002) ( clickwrap).  And at least one Texas appellate court has upheld the enforceability of a quickwrap agreement. See Barnett v. Network Solutions, 38 S.W.3d 200, 204 (Tex.App.—Eastland 2001, pet. denied).” As you can see, these “clickwrap” clauses can be held up in many cases.  As noted further in one California case from the Northern District (covering bay area, silicon valley, san fran, oakland, san jose)   Savetsky v. Pre-Paid Legal Servs., Inc., No. 14-03514 SC, 2015 WL 604767, at *3 (N.D. Cal. Feb. 12, 2015): “The first, a clickwrap agreement, is familiar to most internet users and requires a user or prospective customer to check a box or click an “I agree” button after being presented with terms and conditions (or more realistically after declining the opportunity to review the often voluminous terms and conditions). See Nguyen, 763 F.3d at 1175–76. “Essentially, under a clickwrap arrangement, potential licensees are presented with the proposed license terms and forced to expressly and unambiguously manifest either assent or rejection prior to being given access to the product.” Register.com, Inc. v. Verio, Inc., 356 F.3d 393, 429 (2d Cir.2004). Because “blanket assent to a form contract is still assent, albeit a more attenuated form than the assent that drives contract theory,” courts generally find that clickwrap agreements are enforceable.“

More caselaw on the enforceability of “Click Wrap” agreements

Here is some more case law from various federal courts across the United States:

What about “browse-wrap” software licensing agreements?

As the Court noted in the Savetsky v. Pre-Paid Legal Servs., Inc. case cited above, there is not only “clickwrap, but also “shrinkwrap, and browsewrap”:

“While the internet has changed the factual circumstances in which courts must apply these principles, the requirement of “ ‘mutual manifestation of assent, whether by written or spoken word or by conduct, [remains] the touchstone of contract.' ” Nguyen v. Barnes & Noble, Inc., 763 F.3d 1171, 1175 (9th Cir.2014) (quoting Specht, 306 F.3d at 29). Three paradigmatic contract formation situations arising on the internet, “clickwrap,” “shrinkwrap,” and “browsewrap” agreements, illustrate the application of the assent requirement in similar circumstances to those at issue here. See generally Mark A. Lemley, Terms of Use, 91 Minn. L.Rev. 459, 45960 (2006) (discussing each of these types).” Browse wrap agreements (i.e. that you are bound by terms when viewing a website for example that of a software company), again, the Savetsky case provides legal guidance: “Finally, there are “ browsewrap” agreements. In a pure-form browsewrap agreement, the website will contain a notice that—by using the services of, obtaining information from, or initiating applications within the website—the user is agreeing to and is bound by the site's terms of service. See  Nguyen, 763 F.3d at 1176 (quoting Fteja v. Facebook, Inc., 841 F.Supp.2d 829, 837 (S.D.N.Y.2012)) (quotation and internal quotation marks omitted). As several courts have noted, assent is even more attenuated in browsewrap agreements than in the clickwrap or shrinkwrap contexts because “users can continue to use the website or its services without visiting the page hosting the browsewrap agreement or even knowing that such a webpage exists.” Be In, Inc. v. Google Inc., No. 12–cv–03373–LHK, 2013 WL 5568706, at *6 (N.D.Cal. Oct. 9, 2013). As a result, courts generally require users have actual or constructive knowledge of a website's terms and conditions before enforcing browsewrap agreements. Nguyen, 763 F.3d at 1176; Van Tassell v. United Mktg. Grp., LLC, 795 F.Supp.2d 770, 790 (N.D.Ill.2011); Sw. Airlines Co. v. BoardFirst, LLC, No. 06–CV–0891–B, 2007 WL 4823761, at *4 (N.D.Tex. Sept. 12, 2007); see also Lemley, Terms, supra at 477.”

What is “shrinkwrap” agreement and are these enforceable as it may relate to software license terms?

“ Assent in the shrinkwrap context is more attenuated still, however courts generally enforce shrinkwrap agreements as well. Shrinkwrap agreements are common in the computer software or hardware context, and are related to unilateral contracts in that they involve the “ ‘ money now, terms later' approach to sales ….” O'Quin v. Verizon Wireless, 256 F.Supp.2d 512, 516 (M.D.La.2003). A classic shrinkwrap agreement generally involves: “(1) notice of a license agreement on product packaging (i.e., the shrinkwrap), (2) presentation of the full license on documents inside the package, and (3) prohibited access to the product without an express indication of acceptance.” Register.com, 356 F.3d at 428; see also ProCD, Inc. v. Zeidenberg, 86 F.3d 1447, 1449 (7th Cir.1996) (describing and enforcing a shrinkwrap license for software). Assent to a shrinkwrap agreement is not demonstrated at the time of purchase (like in the clickwrap context), and instead the customer's actions after receiving the product or service demonstrates his assent.”

What if end user license agreement does not prohibit copying on other computers?

In every case of alleged copyright infringement, the software agreements should be reviewed.  The BSA and SIIA and their law firms will not always hand this over.   The license may allow multiple copies, backup copies, and may not prohibit making unlimited copies.  For example, some newer software companies I have worked with, when I reviewed their software license I realized it did not even prohibit making multiple copies and did not prohibit making unlimited copies.  This was just a case of having a poor licensing agreement that was either purchased from RocketLawyer.com or LegalZoom.com or some other law firm that knew nothing about copyrights or intellectual property law.  If you need help drafting a software license agreement, fill out the contact form below.

We are the most affordable and tenacious BSA Defense firm and we handle cases with SIIA and Autodesk.  We provide intellectual property counsel, quality pre-litigation and litigation services in the area of software audit law. We help companies and individuals protect and defend their legal rights and save their companies from federal copyright litigation and the potential bankruptcy of your company due to mass amounts of willful copyright infringement and illegal downloads and installs of software from BSA and SIIA member companies including Microsoft, Adobe, Symantec, Rosetta Stone, and others.  Contact us to speak with one of our lawyers.  Call us at (877) 276-5084