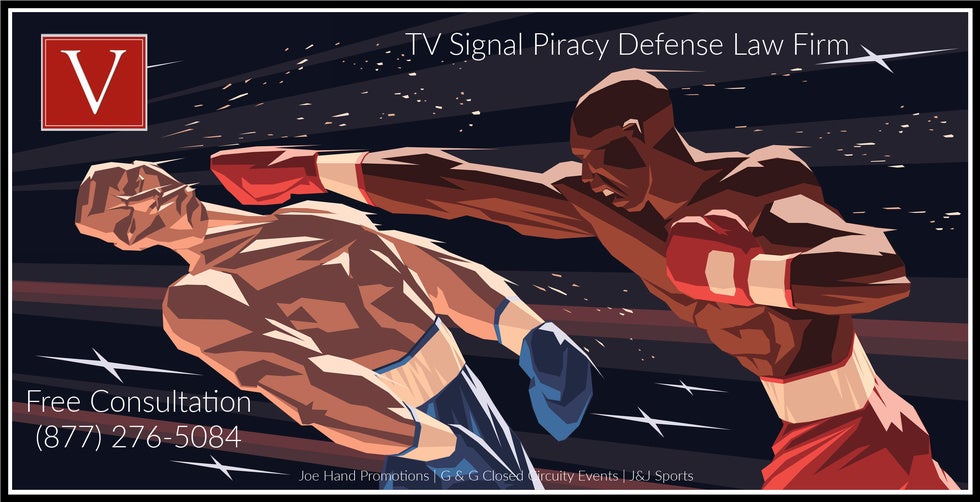 NOTE:  Case NOT for publication.

When the Restaurant advertised a May 11, 2019 exhibition of the Broadcast on its website, Plaintiff sent an auditor to the Restaurant to investigate. (Br. at 3-4; Br., Exs. B, G at 2 ("Closkey Aff").) The auditor confirmed that the Broadcast was playing in the Restaurant but noted there were no cover charges for entrance or other Broadcast advertisements in the vicinity. (Closkey Aff.) The auditor did not see a satellite, cable receiver, or laptop "streaming MMA programming." (Id.) Nonetheless, based on certain marks on the Broadcast itself, she concluded it was being streamed "from the Internet or ESPN+ online." (Id.) Although the auditor estimated the total Restaurant capacity at between 100-200 people, she did not count the actual number of guests watching the Broadcast and was unable to locate the official posted occupancy. (Id.)

Defendants opposed on March 1, 2021. Defendants admit that they did not purchase a commercial license for the Broadcast. However, Defendants assert that they "signed up for ESPN and ESPN+," which provided them "access to [the Broadcast]" and allowed them to stream the fight "[o]nline through broadband internet."  (this is the so-called "internet defense").

Defendants further aver that they "had no reason to believe" that they were required to reach out to Plaintiff to rent the Broadcast, as they "[were] sold the distribution through Disney and ESPN." Plaintiff did not file a reply.

Therefore, to prevail on a Section 605 claim, Plaintiff must demonstrate that: "the defendants:

(2) were not authorized to intercept the broadcast;

(3) showed the broadcast to others."

Here, Plaintiff has failed to clearly allege a statutorily sufficient manner of interception. Defendants have repeatedly averred in the record that they used an online ESPN+ subscription to stream the Broadcast, either through AT&T or Comcast internet services. (See Br., Ex. D; Br. at 10 (acknowledging that Plaintiff "streamed the event online").)

Instead, the Motion repeatedly reiterates the ways that the Broadcast "could" have been intercepted and misleadingly cites Second Circuit precedent without citing the Third Circuit's binding decision in TKR Cable Co. ("[r]egardless of their method of interception, whether by streaming, cable, or satellite ...").)

Additionally, Defendants assert that they were authorized to access their ESPN+ subscription, and Plaintiff has not provided terms of use dated in the appropriate year limiting Plaintiff's subscription to residential access.

Thus, it is not clear that "the evidence establishes the moving party's entitlement to judgment as a matter of law," Celotex Corp., 477 U.S. at 322-23, and summary judgment is inappropriate.

NOTE:  The Court did find copyright infringement as we have noted in other blogs, noting:

The Plaintiff sought enhanced damages.  The court did not rule one way or the other:

"Plaintiff also seeks enhanced statutory damages, arguing that Defendants acted willfully when exhibiting the Broadcast in violation of the copyright. (Br. at 16); 17 U.S.C. § 504(c). "A willful violation occurs when a defendant knows or should have known that his or her actions constitute copyright infringement." Joe Hand Promotions, Inc. v. Verzella, Civ. No. 18-2321, 2019 WL 5626260, at *2 (E.D. Pa. Oct. 31, 2019) (citation omitted); but see Perdomo, 2007 WL 923522, at *3-4 ("Plaintiff's attorney, Mr. Lonstein, has a history of filing complaints in this district seeking such enhanced statutory damages with no factual basis.").

Here, a genuine dispute remains as to Defendant's knowledge of the residential nature of the ESPN+ subscription. (Compare Br. with D.E. 26.) Although Plaintiff has proffered Terms of Use from Disney, they are dated over a year after the incident occurred.  Moreover, as Defendants have provided proof of a recurring ESPN+ subscription, paid for from a business checking account, the website advertisement alone does not eliminate the dispute regarding willful intent.

The record also demonstrates that the Restaurant did not collect a cover charge, create additional advertisements, or use an illegal "descrambling" satellite interception device.

Nor has Plaintiff provided the actual number of individuals present on the night of the exhibition, evidence of increased capacity due to the event, or proof of premiums placed on food or beverages that evening. (See Br.); compare McKnight Aff., ¶¶ 16, 21 (making allegations regarding "illegal and nefarious [piracy] methods") with Innovative Sports Mgmt., Inc. v. Cortez, Civ. No. 19-12048, 2020 WL 882131, at *5 (D.N.J. Feb. 24, 2020) (denying enhanced damages and noting that Plaintiff's counsel's "discussion of `nefarious' acts and `pirating' obscures [a] fairly humdrum reality").

Thus, given these disputed facts, granting summary judgment as to damages would be inappropriate.

We have helped many bar, restaurant and lounge owners settle cases (both in and out of court) in cases involving Joe Hand Promotions, G&G Closed Circuit Events, J&J Sports and other cases.  Call us at (877) 276-5084 for a free confidential discussion.  Or, you can leave an email through our contact form and we will contact you.  We have been in business since 2004 and were recently identified as the top copyright infringement defense law firm in the United States by Unicourt.com.