IPTV Legal Essentials - Alliance for Creativity and Entertainment ("ACE") Pursuing Piracy Cases.  CALL US if you are facing an infringement letter, investigation, or responding to a subpoena.  Free consultation at (877) 276-5084.  We have helped many IPTV companies and individuals survive these cases. 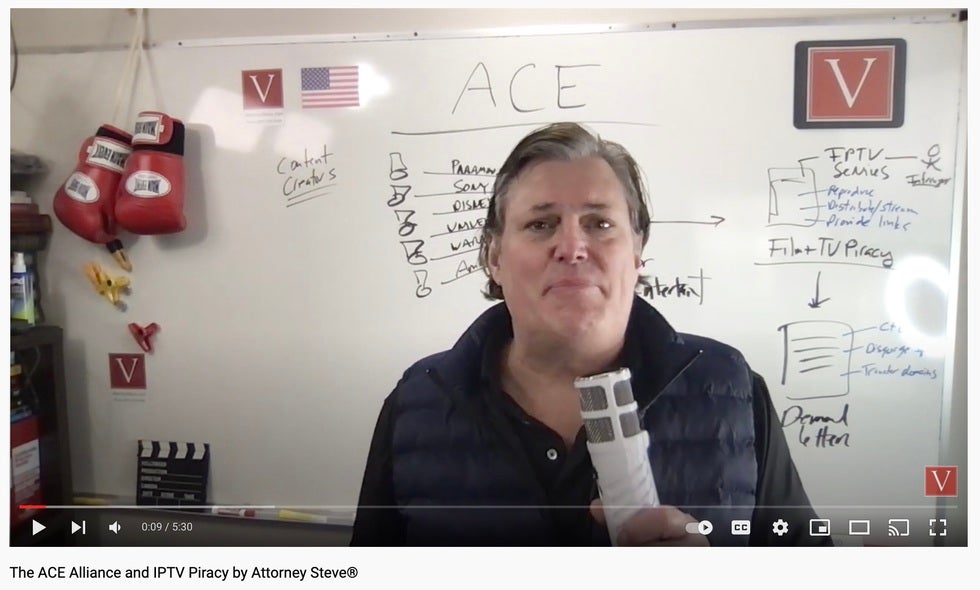 VIDEO:  Watch Attorney Steve® explain the ACE Alliance and how they pursue cases of IPTV infringement.  Make sure to SUBSCRIBE to our popular Legal YouTube Channel with over 36,000 subscribers and nearly 4 MILLION video views!  Support Free Legal Education and Equal Access to Justice!

ACE is a global coalition of content creators and on-demand entertainment services providers who seek to address the growing issue of online piracy.

"Alliance for Creativity and Entertainment (ACE) is a coalition launched on June 13, 2017 of over 30 major global entertainment companies and film studios aimed at protecting profits from copyrighted material. The stated mission of ACE is to protect profits, drawing on the anti-piracy resources of the Motion Picture Association of America (MPAA). The organization plans to conduct research into online pirating, lobby law enforcement to stop and sue pirate enterprises, file sweeping civil litigations, and to "pursue voluntary agreements with responsible parties across the internet ecosystem" — such as search engines and broadband providers. They shut down the streaming providers Openload and Streamango on the 31 October 2019. The organization promotes itself as marking a new level of coordination among multiple stakeholders."

ACE includes some of the world's largest and most respected motion picture and television rights owners including:

ACE seeks to identify and take action against digital piracy of copyrighted film and television content.  You may also receive a letter or a subpoena notice from the Motion Picture Association (see below) and Dish-Nagrastar aggressively enforces its rights in this area.  We have experience dealing with each of these entities.  Contact us below for more infrormation.

PODCAST:  Did you receive a letter from the Motion Picture Association ("MPA") here is some good general insight

A demand letter may be a simple warning notice or could be more serious - for example - a precursor to litigation. Do not make the mistake of picking up the phone and calling ACE Alliance or the MPA assuming or Dish Network and hoping that a "just being a nice guy" approach will take care of the issue. WAY TOO MANY PEOPLE DO THIS.  By the time you hang up the phone you have already admitted fault, which while it may be true, you may have some defenses and mitigating factors that should be considered as part of a properly submitted Defense.  In many instances, you are in a pre-litigation setting and anything you say may be documented, recorded, and potentially be used against you later in a court of law (usually a federal court).

If you are accused of engaging in illegal streaming or broadcast of movies, television shows, or other content without authorization or a proper license, you may receive a legal demand letter from ACE in Sherman Oaks, California.  When you get this letter, it is important to:

(1) NOT talk to anyone else

(3) Do not run to destroy evidence, for example by throwing your computers in the San Francisco Bay!! 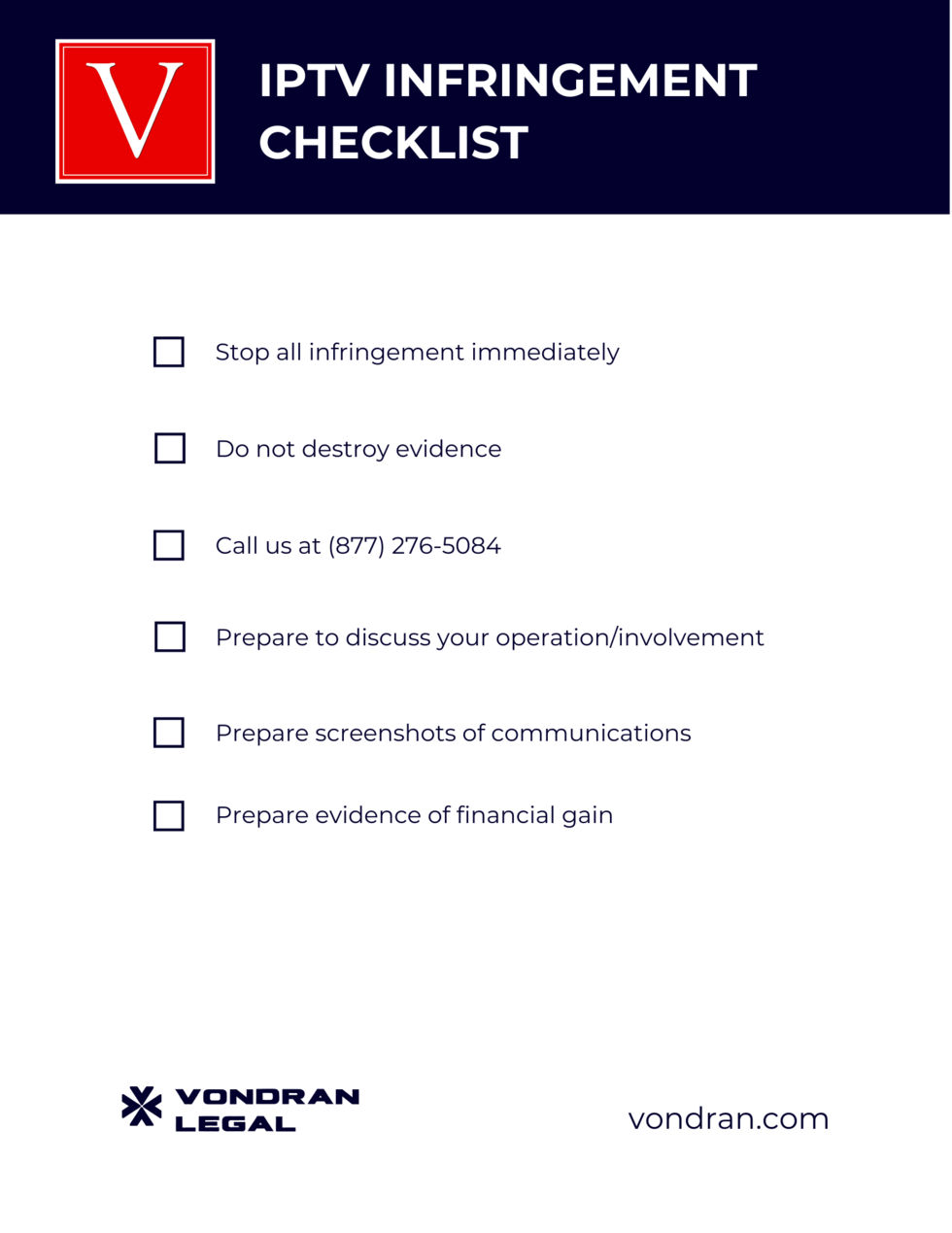