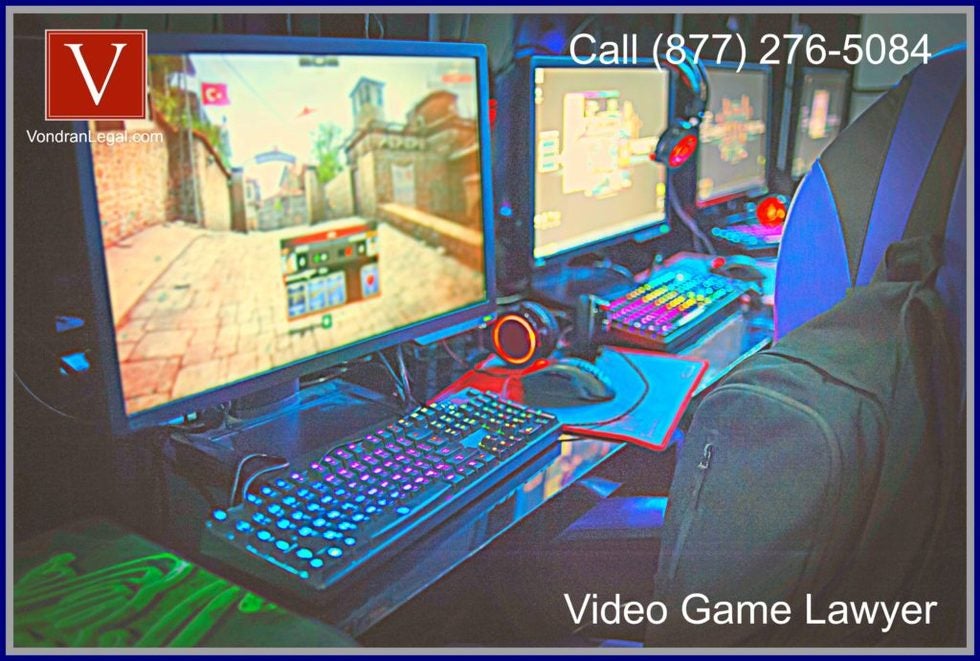 Defendant created a bot which allowed players of Plaintiff's World of Warcraft to automatically advance beyond the beginning levels. Plaintiff Blizzard Entertainment, Inc. sued for copyright infringement.  A good summary of the case comes from Wikipedia:

At the district court level, MDY had been found liable under theories of copyright and tort law for selling software that contributed to the breach of Blizzard's End User License Agreement (EULA) and Terms of Use (TOU) governing the World of Warcraft software.

The court's ruling was appealed to the United States Court of Appeals for the Ninth Circuit, which reversed the district court in part, upheld in part, and remanded for further proceedings. The Court of Appeals ruled that for a software licensee's violation of a contract to constitute copyright infringement, there must be a nexus between the license condition and the licensor's exclusive rights of copyright. However, the court also ruled, contrary to Chamberlain v. Skylink, that a finding of circumvention under the Digital Millennium Copyright Act does not require a nexus between circumvention and actual copyright infringement.”

Blizzard Entertainment, Inc. (“Blizzard”) created World of Warcraft (“WoW”), a popular multiplayer online role-playing game during which players interact in a virtual world while advancing through the game's 70 levels. MDY Industries, LLC and its sole member Michael Donnelly (“Donnelly”)(collectively “MDY”) developed Glider, a software program which automatically plays early levels of WoW for players. MDY brought an action for declaratory judgment to ensure that its Glider sales did not infringe Blizzard's copyright or other rights, and Blizzard asserted counterclaims under the Digital Millennium Copyright Act (“DMCA”) and for tortious interference with contract under Arizona law.

The Wow software has two components:

(1) the game software that is installed on a player's computer;

(2) the game server software, which the player accesses on subscription basis by connecting to Wow's online servers. Each Wow player reads and accepts Blizzard's End User License Agreement (“EULA”) and Terms of Use (“ToU”) on several occasions. Players agree to the ToU before installing the game and upon first running it. Players also agree to the ToU when creating an account and upon first connecting to the online service.

Glider did not alter or copy Wow's game client software, did not allow a player to avoid paying monthly subscription dues to Blizzard, and had no commercial use independent of WoW. Blizzard contends that Glider disrupts WoW's environment for non-Glider players by enabling Glider users to advance quickly and unfairly through the game and to amass additional game assets.

In the summer of 2005, Donnelly began selling Glider through MDY's website for fifteen to twenty-five dollars per license. In September 2005, Blizzard launched Warden, a technology that allowed it to detect Glider and block most Glider users. MDY responded by modifying Glider to avoid detection and promoting its new anti-detection features on its website's GAQ. It added a subscription service for five dollars a month that offered “additional protection from game detection software.”

Blizzard claimed that from December 2004 to March 2008, it received 465,000 complaints about WoW bots, several thousand of which named Glider. Blizzard introduced evidence that it may have lost monthly subscription fees from Glider users, who were able to reach WoW's highest levels in fewer weeks than players playing manually.

The district court found MDY liable for secondary copyright infringement, violations of the DMCA § 1201(a)(2) and (b)(1), and tortious interference with contract. The Court reversed the district court except as to MDY's liability for violation of DMCA and remanded for trial on Blizzard's claim for tortious interference with contract.

Is a derivative bot designed to circumvent a computer software's protections and intended to allow users to deviate from established gameplay a violation of the software company's copyright?

To recover for tortious interference under Arizona law, a plaintiff must prove:

(1) the existence of a valid contractual relationship;

(2) defendant's knowledge of the relationship;

(3) defendant's intentional interference in inducing or causing the breach;

(4) the impropriety of defendant's interference; and (5) resulting damages.

To determine whether a defendant's conduct was improper, Arizona employs the seven-factor test of Restatement (Second) of Torts § 767. The seven factors are

(1) the nature of defendant's conduct,

(3) plaintiff's interests with which defendant interfered,

(4) the interests defendant sought to advance,

(5) the social interests in protecting defendant's freedom of action and plaintiff's contractual interests,

(6) the proximity or remoteness of defendant's conduct to the interference,

(7) the relations between defendant and plaintiff.

A court should give greatest weight to the first two factors.

When playing Wow, a player's computer creates a copy of the game's software in the computer's random access memory (“RAM”). This copy potentially infringes unless the player (1) is a licensee whose use of the software is within the scope of the license or (2) owns the copy of the software. The ToU § 4(B) provided that users agree not to create or use cheats or bots.

However, if the player owns the copy of the software, then the “essential step” defense provides that such copying is not infringing.

To determine whether the essential step defense applied, the Court determined whether Wow users were owners or licensees of their copies of the WoW software. The Court applied Vernor v. Autodesk, Inc. to determine that the WoW players were licensees of Wow's game client software because Blizzard reserved title in the software, granted players a non-exclusive, limited license, and imposed transfer restrictions on players. Because the users were licensees, MDY was precluded from claiming the essential step defense.

To establish copyright infringement Blizzard had to demonstrate that the violated term—ToU § 4(B)—was a condition rather than a covenant. Blizzard's EULAs and ToUs provided that they were to be interpreted according to Delaware law.  The Court held that the ToU § 4(B)(ii) and (iii)'s prohibitions against bots and unauthorized third-party software were covenants rather than copyright-enforceable conditions. The Court notes that nothing in ToU § 4 conditions Blizzard's grant of a limited license on players' compliance with ToU § 4's restrictions.

The district court ruled for Blizzard following trial on its § 1201(a)(2) and (b)(1) claims with respect to Wow's dynamic non-literal elements, or the “real-time experience” of playing WoW. It reasoned that Warden effectively controlled access to these elements, which could not be accessed without connecting to Blizzard's servers. It also found that Glider allowed its users to circumvent Warden by avoiding or bypassing its detection features, and that MDY marketed Glider for use in circumventing Warden.

The Court here considered Warden in its totality because all components had the same purpose: to prevent players using detectable bots from continuing to access WoW software.

The Court considered whether certain provisions of § 1201 prohibit circumvention of access controls when access does not constitute copyright infringement. The Court held that § 1201 is best understood to create two distinct types of claims. First, § 1201(a) prohibits the circumvention of any technological measure that effectively controls access to a protected work and grants copyright owners the right to enforce that prohibition. Second, § 1201(b)(1) prohibits trafficking in technologies that circumvent technological measures that effectively protect “a right of a copyright owner.”

However, the Court concludes that MDY met each of the six textual elements for violating § 1201(a)(2) with respect to WoW's dynamic non-literal elements. That is, MDY (1) trafficked in (2) a technology or part thereof (3) that was primarily designed, produced, or marketed for, or had limited commercially significant use other than (4) circumventing a technological measure (5) that effectively controlled access (6) to a copyrighted work. The first two elements were met because MDY “trafficked in a technology or part thereof”—that is, it sold Glider. The third and fourth elements were met because Blizzard had established that MDY marketed Glider for use in circumventing Warden, thus satisfying the requirement of § 1201(a)(2)(C). The sixth element was met because, WoW's dynamic non-literal elements constituted a copyrighted work. The fifth element was met because Warden was an effective access control measure. Therefore, all six elements were met with respect to WoW's non-literal elements and the Court held that MDY was liable under § 1201(a)(2) with respect to these elements.

The Court affirmed the district court's entry of a permanent injunction against MDY to prevent future § 1201(a)(2) violations.

The Court held that Blizzard could only prevail under § 1201(b)(1) only if Warden “effectively protect[ed] a right” of Blizzard under the Copyright Act. Blizzard contended that Warden protected its reproduction right against unauthorized copying. The Court disagreed. The Court noted that Blizzard's EULA and ToU authorized all licensed WoW to copy the software code into RAM while playing the game. A Glider user who violated this covenant did not infringe by continuing to copy code into RAM. Accordingly, MDY did not violate § 1201(b)(1) by enabling Glider users to avoid Warden's interruption of their authorized copying into RAM. Additionally, although WoW players could theoretically record game play by taking screen shots, there was no evidence that Warden detected or prevented such allegedly infringing copying. Therefore, the Court concluded that Warden did not effectively protect any of Blizzard's rights under the Copyright Act, and thus MDY was not liable under § 1201(b)(1) for Glider's circumvention of Warden.

Blizzard satisfied four of the five elements of a tortious interference claim based on undisputed facts. First, a valid contractual relationship existed between Blizzard and its customers. Second, MDY was aware of this relationship. Third, MDY intentionally interfered with Blizzard's contracts. After Blizzard used Warden to ban a majority of Glider users in September 2005, MDY programmed Glider to be undetectable by Warden. Finally, Blizzard proffered evidence that it was damaged by MDY's conduct.

The Court held that summary judgment was not appropriate here because on the record before the Court, the first five factors do not clearly weigh in either side's favor, creating a genuine issue of material fact.

The district court found that Donnelly was personally liable for MDY's tortious interference with contract, secondary copyright infringement, and DMCA violations. The Court vacated the district court's decision because we determine that MDY is not liable for secondary copyright infringement and is liable under the DMCA only for violation of § 1201(a)(2) with respect to WoW's dynamic non-literal elements. In addition, the Court concluded that summary judgment was inappropriate as to Blizzard's claim for tortious interference with contract under Arizona law.

This case demonstrates the importance of careful contract drafting and delineates covenants from conditions.