Today's music industry, like many others, uses fragments of earlier works to create new interesting sounds and songs. Without this ability, many music producers would not be able to create what they see as their vision. Although through this process of nearly surgical level dissection and then replacement of certain sounds, copyright ownership challenges can arise. This blog post will describe two dominant cases that have shaken the system, answer prevalent questions, and discuss what may lie in the future for the legal system and music producers.

Analysis of the Split

What does this mean for the music industry? 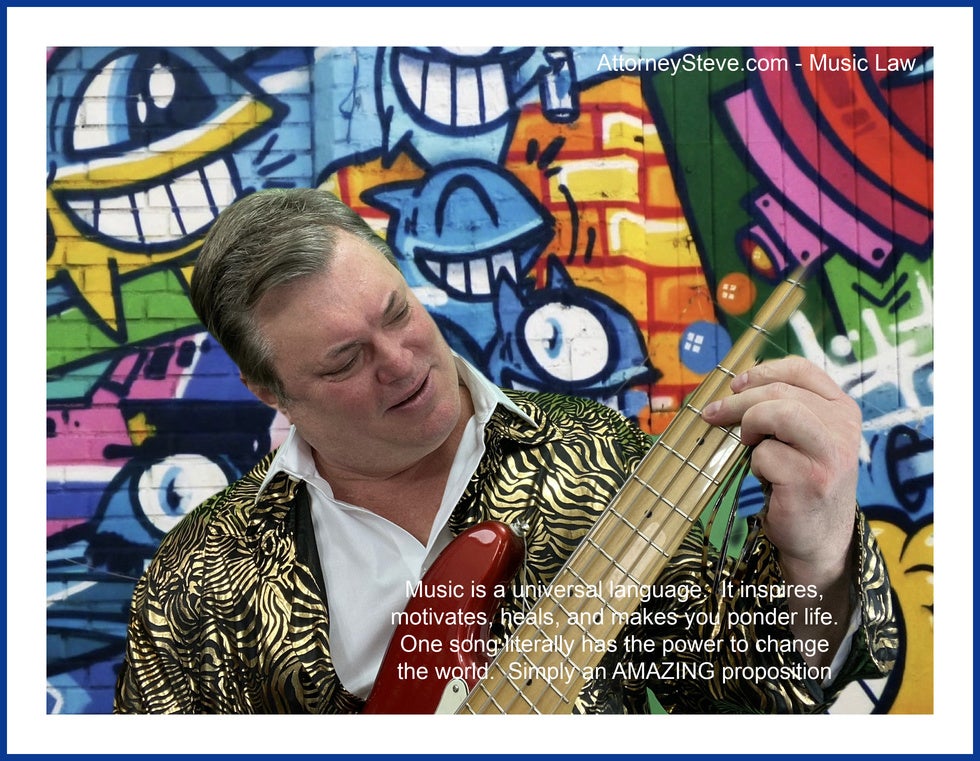 This is the case of the Indianapolis Skyline photo infringement on a website.  Plaintiff alleged copyright infringement and Defendant was not aware of it as he merely bought the rights to the website.  The Plaintiff had filed many other lawsuits over this photo, and Defendant argued any infringement was negated due to "De Minimis" use and fair use.  The lower court agreed and the Plaintiff appealed.  On appeal, the United States 9th Circuit court of appeals reversed basically holding that deminimis use was not a per se defense, but that on remand to the lower district court, this should be considered as part of assessing the appropriate statutory damages award.  Here are some key holdings from the case:

1.  Copyright law is "strict liability" offense - the lack of volitional act is not a defense - "Wilmott's conduct was plainly “volitional” in the proximate cause sense. Wilmott hosted the Indianapolis photo on its servers in a manner that was accessible to the public. Although Wilmott plausibly claims it did not know of the Indianapolis photo's presence on the server until Bell's first notice to the company, its negligence is nonetheless sufficient. Here, VisitUSA.com did not merely function as an online platform where third-party users independently upload and share materials, see Giganews, 847 F.3d at 666, but rather a website managed (and updated) by Wilmott itself, which included the data then stored on the website's servers, including the Indianapolis photo, cf. VHT, 918 F.3d at 734. As a result, Wilmott's actions assuming responsibility for and maintaining the server are clearly “the most important cause[s]” of the public display of the Indianapolis photo. Giganews, 847 F.3d at 666 (citation omitted). Wilmott's conduct is therefore plainly volitional for purposes of copyright infringement. Whether Wilmott intended to infringe Bell's copyright is ultimately immaterial—“the innocent intent of the defendant constitutes no defense to liability.” 4 Nimmer on Copyright § 13.08[B][1]; see also 3 Patry on Copyright § 9:5.

“[T]he word ‘volition' in [the copyright] context does not really mean an ‘act of willing or choosing' or ‘an act of deciding,'” but merely “the unremarkable proposition that proximate causation historically underlies copyright infringement liability no less than other torts.” Giganews, 847 F.3d at 666 (quoting 4 Nimmer on Copyright § 13.08[C][1]). Indeed, copyright infringement is a strict liability tort. See 3 Patry on Copyright § 9:5; 4 Nimmer on Copyright § 13.08[B][1] (explaining that “the innocent intent of the defendant constitutes no defense to liability”). Courts determine “who is close enough to the [infringing] event to be considered the most important cause.” Giganews, 847 F.3d at 666 (alteration in original) (citation omitted). We have held that a website or service that provides only a platform for third-party users to upload, download, and share content, i.e., merely using the platform as a vehicle, has not engaged in volitional conduct in this sense, because it is the users who cause infringement. See id. at 669 (holding that “passively storing material at the direction of users in order to make that material available to other users upon request” is not infringement (citation omitted)); see also Am. Broad. Cos. v. Aereo, Inc., 573 U.S. 431, 438–39 (2014) (distinguishing liability for those who transmit protected works and those who “merely suppl[y] equipment that allows others to do so”)

2.  No de minimis use exception to infringement:  We reject Wilmott's “technical violation” theory of a de minimis defense adopted by the district court. The district court found that Wilmott's infringement was “technical,” that Wilmott was unaware that it was violating Bell's exclusive copyright in the Indianapolis photo, and that it did not intentionally “use[]” the photo. But holding that a de minimis defense was sustainable to defeat Bell's claims is not the answer to these troubling facts. Rather, the statutory law of copyright itself supplies the answers to these questions. “Copyright ‘is a creature of statute, and the only rights that exist under copyright law are those granted by statute.'” Corbello v. DeVito, 777 F.3d 1058, 1064 (9th Cir. 2015) (quoting Silvers v. Sony Pictures Ent., Inc., 402 F.3d 881, 883–84 (9th Cir. 2005) (en banc));

Yet nowhere in the Act's numerous and detailed provisions is there any exception for the de minimis use of a concededly infringing work, i.e., for a “technical violation.” The Act defines a copyright infringer as “[a]nyone who violates any of the exclusive rights of the copyright owner.” Id. § 501(a) (emphasis added).  “[W]here an unauthorized material use of a copyrighted work does fall within one of those [exclusive] rights, infringement occurs, unless the use is excused by one of the privileges, exemptions, or compulsory licenses found in sections 107 through 122.”10 William F. Patry, 3 Patry on Copyright § 9:2 (2020 ed.).

Thus, the de minimis analysis is best thought of in terms of the substantiality of the copying, to delineate the boundary between actionable and non-actionable copying. Our long line of precedent and that of the majority of our sister circuits supports the application of the de minimis principle in copyright only to questions of substantial similarity (and potentially fair use), i.e., whether there was de minimis copying of the protected work so as to be non-recognizable as a copy. Wholesale copying or reproduction of another's protected work, like the Indianapolis photo, by definition cannot be de minimis copying

3. Court (suggests) innocent infringement damages is possible on remand - "However, our holding does not mean that an infringer's innocent intent and technical use of the infringing work are irrelevant. The Act also accounts for the culpability of the infringer, distinguishing willful from innocent infringement by limiting the statutory damages that can be imposed against the latter. See Id. § 504(c)(2); Unicolors, Inc. v. Urban Outfitters, Inc., 853 F.3d 980, 991 (9th Cir. 2017).13 Thus, any concern that the de minimis doctrine is needed to protect “accidental” or unwitting infringement, a concern that appears to be shared by the district court, is also addressed by the Act, which provides that where an “infringer was not aware and had no reason to believe that his or her acts constituted an infringement of copyright,” the court may reduce statutory damages to as little as $200." 17 U.S.C. § 504(c)(2).

New copyright small claims court discussed - This conclusion is further strengthened by the recent enactment of the Copyright Alternative in Small-Claims Enforcement (“CASE”) Act, which establishes a Copyright Claims Board within the Copyright Office to create a cost-effective administrative venue for litigating “small claims” of copyright infringement as an alternative to federal courts. See 17 U.S.C. §§ 1501–11.

Sampling of songs and other forms of sound recordings has become incredibly prominent within the music industry with no end in sight. As a music producer, it may seem like this is a massive setback for their vision but it is not if the sampling is done within certain parameters. Laws just like music will continue to evolve and change over time as new ideas are brought forth, changes in taste occur, and technology advances.