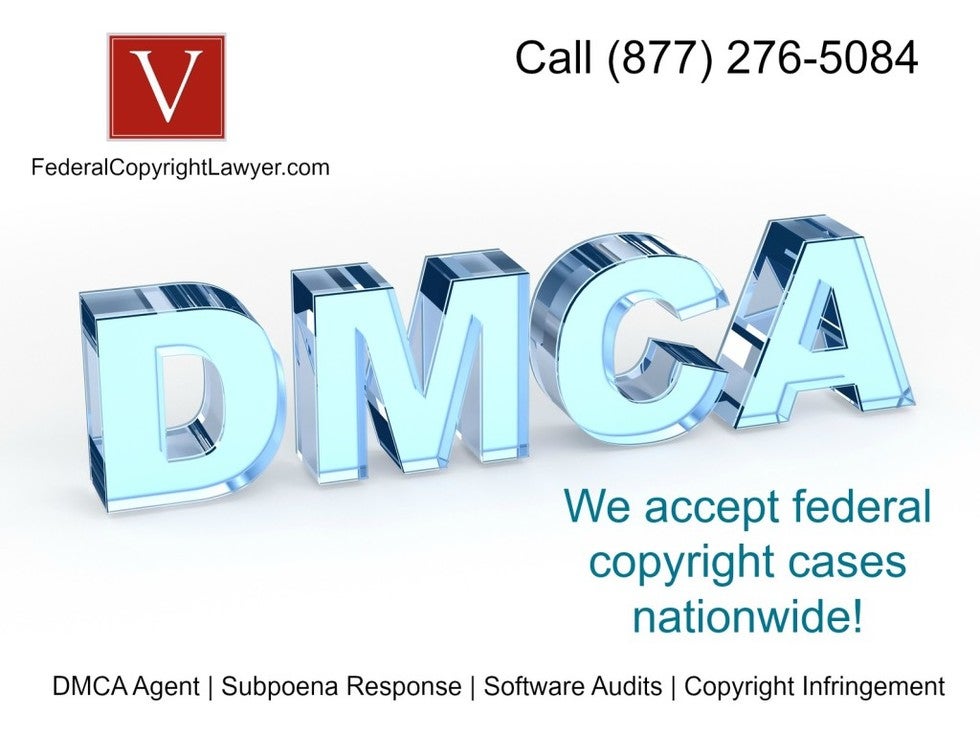 If you received a subpoena notice from your ISP (internet service provider) this is an important blog.  Sometimes when you receive a notice of subpoena its because you are involved in a federal court lawsuit (ex. “John Doe” torrent file sharing lawsuit).  However, there may be times when a subpoena is served WITHOUT there being a lawsuit filed.  Such could be the case in the situation involving a subpoena served under section 512(h) of the DMCA.  This blog discusses this in general terms.

What is a subpoena?

In Federal Courts, subpoenas are covered under F.R.C.P Rule 45.  Basically, a subpoena is a command from a court ordering a person to appear and possibly testify or bring documents with them.  Sometimes it just requires the delivery of documents.   A person who is served a subpoena must comply with it (or file a motion to quash or seek a motion for a protective order), or risk facing a contempt of court charge.  Subpoenas are normally served during the “discovery” process of a lawsuit.  However, as this blog notes, there are times, under the DMCA, when a subpoena may be served on an ISP for example, even if no lawsuit has ever been filed.  The purpose would be to obtain personal information about an alleged infringer such as their name, address, and to allow a potential Plaintiff (such as a movie, music, or software company) to run an asset search and to check to see where the uploader or file sharer lives in order to ascertain which federal court would have personal jurisdiction over the alleged copyright infringer.  If the Plaintiff sues in the wrong court, they might be required to re-file in the proper jurisdiction. This can waste time and money.  The DMCA has a provision which allows this type of service of subpoena.

(1) Request — A copyright owner or a person authorized to act on the owner's behalf may request the clerk of any United States district court to issue a subpoena to a service provider for identification of an alleged infringer in accordance with this subsection.

(B) a proposed subpoena;

(C) a sworn declaration to the effect that the purpose for which the subpoena is sought is to obtain the identity of an alleged infringer and that such information will only be used for the purpose of protecting rights under this title.

These are the elements needed under the DMCA to seek a federal court subpoena WITHOUT filing a lawsuit.  In normal cases, a lawsuit is filed THEN the Plaintiff (copyright holder) seeks to engage in the “discovery process” which normally involves serving subpoenas.   In these types of cases, the rights holder seeking to prove copyright infringement must convince the federal judge that early discovery is warranted.  Here is one case that discussed this concept:

In Columbia Ins. Co. v. Seescandy.com, 185 F.R.D. 573 (N.D.Cal.1999) the court stated a motion for expedited discovery should be granted to identify anonymous Internet users if the following were shown: 1. the plaintiff can “identify the missing party with sufficient specificity such that the Court can determine that defendant is a real person or entity who could be sued in federal court; 2. the plaintiff has identified “all previous steps taken to locate the elusive defendant;” and 3. the “plaintiff's suit against defendant could withstand a motion to dismiss.  Subsequently, the courts in UMG Recordings, Inc. v. Doe, 2008 (N.D.Cal.)  Arista Records LLC v. Does 1–43 (S.D.Cal.), and Capitol Records, Inc. v. Doe, (S.D.Cal.) looked at whether a plaintiff's complaint alleged a prima facie case for infringement, whether there was any other way to identify the Doe defendant, and whether there was a risk the ISP would destroy its logs prior to the conference. See Raw Films, Ltd. v. John Does 1-11, No. 12CV368-WQH NLS, (S.D. Cal. Mar. 2, 2012).  In many cases these motions are granted, but some Courts have not been so willing to allow early discovery.

This was a case where the Recording Industry sought to subpoena Verizon to learn the name of a potential illegal file sharing Defendant.  Verizon refused to respond to the DMCA 512(h) subpoena.  The Court framed the issue:

The issue is whether § 512(h) applies to an ISP acting only as a conduit for data transferred between two internet users, such as persons sending and receiving e-mail or, as in this case, sharing P2P files. Verizon contends § 512(h) does not authorize the issuance of a subpoena to an ISP that transmits infringing material but does not store any such material on its servers. The RIAA argues § 512(h) on its face authorizes the issuance of a subpoena to an “[internet] service provider” without regard to whether the ISP is acting as a conduit for user-directed communications. We conclude from both the terms of § 512(h) and the overall structure of § 512 that, as Verizon contends, a subpoena may be issued only to an ISP engaged in storing on its servers material that is infringing or the subject of infringing activity.”  See Recording Indus. Ass'n of Am., Inc. v. Verizon Internet Servs., Inc., 351 F.3d 1229, 1233 (D.C. Cir. 2003).

Having determined that the DMCA subpoena provision did not apply, the court held:

This argument borders upon the silly. The details of this argument need not burden the Federal Reporter, for the specific provisions of § 512(h), which we have just rehearsed, make clear that however broadly “[internet] service provider” is defined in § 512(k)(1)(B), a subpoena may issue to an ISP only under the prescribed conditions regarding notification. Define all the world as an ISP if you like, the validity of a § 512(h) subpoena still depends upon the copyright holder having given the ISP, however defined, a notification effective under § 512(c)(3)(A). And as we have seen, any notice to an ISP concerning its activity as a mere conduit does not satisfy the condition of § 512(c)(3)(A)(iii) and is therefore ineffective.  In sum, we agree with Verizon that § 512(h) does not by its terms authorize the subpoenas issued here. A § 512(h) subpoena simply cannot meet the notice requirement of § 512(c)(3)(A)(iii).

512(h) DMCA subpoenas will likely be used only in limited circumstances such as when a copyright rights holder seeks to obtain the name and address of a file sharing torrent user, or a person illegally selling pirated software online.  The subpoena, which is an alternative to filing a federal court lawsuit and seeking “early discovery” which would allow a rights holder to send a subpoena to a ISP, could be useful to (1) see if a potential defendant is “judgement proof” (has assets or not) or (2) to see what the proper court to file a lawsuit would be (ex. to ascertain the proper court with jurisdiction over the potential defendant).  There may be other circumstances were a 512(h) subpoena might be used as well.

If you receive a notice of subpoena from your ISP, or a third party copyright holder (such as Autodesk, Microsoft, the Business Software Alliance, SIIA or others, contact us to discuss your case.  We offer a free initial no-cost consultation with a copyright attorney.  Call (877) 276-5084.  In many non-litigation cases we can structure a low flat rate fee to help you respond.  We accept federal copyright cases nationwide.