Extrinsic test for considering whether two objects/toys are substantially similar 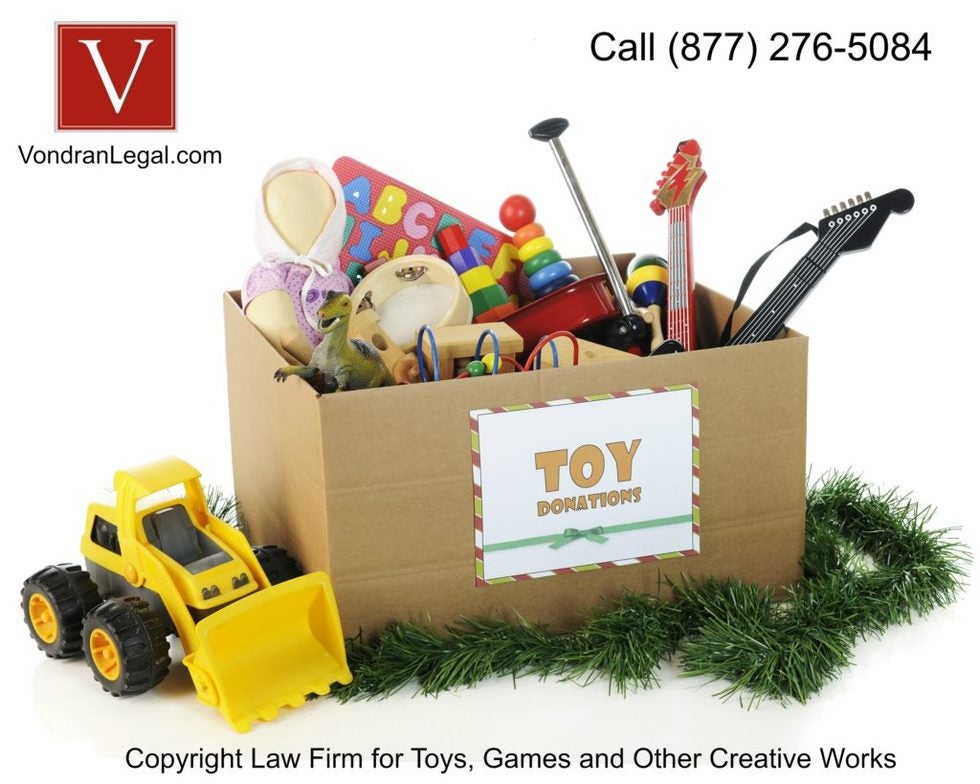 This case questions the copyrightability of geometric plastic toys that expand and contract through a series of joints and trusses.  This case comes from the California Central District Court (covering Orange County and Los Angeles area).

Charles Hoberman was a well-known designer and engineer who made expanding structures and spheres. His company, HDI, was co-founded with Carolyn Hoberman. HDI licensed and mass-marketed toy versions of his designs.  This case revolves around the Hoberman Mini Sphere and the Twist-o which are colorful plastic spheres with joints and trusses that allow them to expand into larger sphere-like shapes. Gloworks imports and sells similar toys as the NF–EXPBALL, the Flashing Skull Expand Ball (Flashing Skull), and FL–EXPANDBALL, which all expand.

The parties' toys are different colors, different sizes, and have other variations.  For example, “the Mini Sphere has joints or ‘hubs' that are squares or triangles. The joints on the NF–EXPBALL are round with six or eight holes.  The Flashing Skull also has small black skulls at some joints.  When closed, the Mini Sphere nests tighter than the NF–EXPBALL and the Flashing Skull. For the Twist-o and FL–EXPANDBALL, gears are used as joints on both, but the Twist-o has clear gear covers, while the FL–EXPANDBALL has orange and yellow covers with etched patterns. The cross pieces between the gears are also different on the two toys. The FL–EXPANDBALL has raised patterns on its cross pieces.”

Both of Hoberman's toys were registered with the U.S. Copyright Office, and those copyrights are the basis of this litigation. The U.S. Copyright Office designated the Mini Sphere as a “sculptural work” but only in its open and closed positions. The registration did not include any intermediate positions and the Copyright Office also specifically limited the registration “to these [opened and closed] fixed modes to the extent that the functional or mechanical designs of the toys do not predetermine their resulting three-dimensional form.” The “Twist O Transforming Sphere” was registered as VA 1–255–002 on August 4, 2003, without explicit restrictions or apparently any follow-up correspondence.

The first Mini Sphere sold in 1997 and has been featured in written articles, television broadcasts, and movies. The first Twist-o sold around 2003 and was also successful in the market. Defendants do not have a license to use the Mini Sphere or Twist-o designs, but have been aware of their existence since at least 2012.

Is a toy copyrightable given that it is comprised of geometric shapes and its component parts may have useful functions?

Copyright protects “original works of authorship fixed in any tangible medium of expression” including “sculptural works.” 17 U.S.C. § 102(a)(5). To establish copyright infringement, a plaintiff must show that a valid copyright existed and that the defendant infringed that copyright. A certificate of copyright registration made before or within five years of initial publication of the work is prima facie evidence of the validity of the copyright and the facts in the certificate. 17 U.S.C. § 410(c). Evidence of a copyright certificate shifts the burden of proof and requires the defendant to bring forward evidence demonstrating that the work is not entitled to protection.

“Useful articles”–meaning ones with intrinsic utilitarian functions–are not protectable. 17 U.S.C. § 101. The design of a “useful article” is only eligible for the protection of copyright “to the extent that, such design incorporates pictorial, graphic, or sculptural features that can be identified separately from, and are capable of existing independently of, the utilitarian aspects of the article.” If an original sculptural work has aspects that are mechanical or utilitarian, those aspects cannot be protected by copyright. 17 U.S.C. § 101.

The Extrinsic Test analyzes: the type of artwork involved, the materials, the subject matter, the setting for the subject, the shapes, colors, arrangement, and aggregation of many generic similarities. A Court examines the objective criteria to determine whether they appear similar but a plaintiff cannot rely on similarity between un-protectable elements.

Gloworks argues that the Mini Sphere and Twist-o do not qualify as original works because “they are unprotectable geometric shapes and because they are mechanical or utilitarian in nature.”

Defendants argue that Plaintiff's designs were just shapes and should be barred from copyright protection as similar shapes were in Kitchens of Sara Lee, Inc. v. Nifty Foods Corp., 266 F.2d 541, 545 (2d. Cir.1959). The Court's replied that the use of basic shapes is not dispositive, because copyright protects original compilations of unoriginal components. When fully opened, the Mini Sphere and Twist-o are geometric shapes known as trapezoidal icositetrahedrons. The Court held that the toys' use of other geometric shapes like squares, triangles, and trapezoids did not preclude copyright protection.

Plaintiff claimed the choice and arrangement of those elements were original, citing a wide range of choices that could have been used to achieve the form. The Court found that Defendants had not demonstrated that the combination of shapes “lack[ed] originality or was inevitable.”

Plaintiff argued that toys cannot be “useful articles” and so are not subject to the Copyright Act's restrictions on functionality based on the content of a letter from the U.S. Copyright Office. The Court disagreed, noting that toys are not a special category exempted from the rules applicable to other works and that the question of whether a toy is a “useful article” is a fact-based inquiry.

Plaintiff acknowledges the “collapsing function” is not protected by copyright. But argued that the Mini Sphere is made up primarily–if not entirely–of previously patented trusses that “collapse and expand in a controlled, smooth and synchronized manner,” permitting “the overall geometry of the overall structure to remain constant.” The Court held that while Plaintiff claimed that the design choices were innumerable, it failed to expressly identify parts of the design that were not involved in the toy's changing function.

The Court did not find many elements of the toys that were non-mechanical or non-utilitarian and proceeded to list uses for each element. The Court held that none of these functional elements are copyrightable regardless of whether the toys as a whole were “useful” articles or sculptures with mechanical parts.

For both toys, Plaintiff claimed the “overall look and feel” is original and therefore, copyrightable. But copyright only extends to protectable elements, even where the copyright holder claims the “look and feel” is copyrightable. The Court found that several elements identified by Plaintiff did not merit protection as a matter of law. The first was the “relative size” of the toys because the difference between the contracted and expanded versions of the toys is a functional aspect. The Court rejected Plaintiff's claim that the proportions between the hubs and the trusses are copyrightable for the same reason. The Court also rejected Plaintiff's claim that the “aesthetic web” is original because the “aesthetic web” is the outline of a trapezoidal icositetrahedron and a single geometric shape cannot be copyrighted.

While there were few original elements left after the above pieces were rejected, the Court did accept the plastic joints and trusses of the Mini Sphere, and the plastic cross pieces connected to the gears and textures of the Twist-o as copyrightable for the purpose of the summary judgment motion.

Plaintiff demonstrated widespread dissemination of the Mini Sphere and Twist-o. The first Mini Sphere sold in 1997 and has been featured in written articles, television broadcasts, and movies. It was awarded at least one Parents Choice award and two U.S. presidents have been photographed with the Mini Sphere. While perhaps not as widely known, the first Twist-o sold around 2003 and has also performed well in the market. It was sold at toy trade shows, and Defendants have had direct access to the Twist-o since at least 2012. Defendants had access to Plaintiff's originals.

As a result, the Court held as a matter of law that the Defendants' toys do not infringe on the Mini Sphere and Twist-o copyrights.

This case was important in that it clearly laid out the extrinsic test for considering whether two objects are substantially similar.  This blog was written by U.S.C. law student Claudia Lin.  If you need help with a copyright legal issue involving a toy or sculpture, call us at (877) 276-5084.