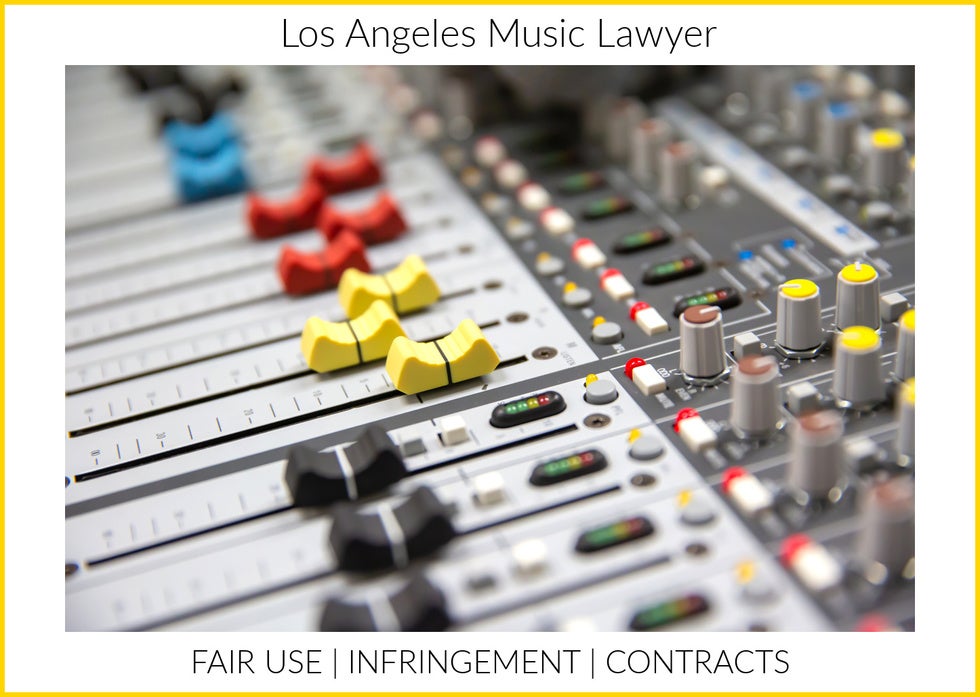 When attempting to create a song using a sample from another's work, it can be difficult to obtain permission from the original artist. Some artists, like Tracy Chapman, famously never give anyone permission to sample their work because they don't want the art being changed in any way. This requires a lot of artists to rely on fair use in their sampling of others' tracks to incorporate those samples into their own music. Courts apply the following four factors in a fair use analysis:

Courts apply these four factors on a case-by-case basis. No single factor is determinative, but courts have historically put more weight into Factors 1 and 4 than in the other two. Here are five famous examples of copyright infringement cases involving mixing or sampling and how those cases were resolved.

One of the most famous fair use parody cases is Campbell v. Acuff-Rose Music, Inc., 510 U.S. 569 (1994). This Supreme Court case established that a commercial parody can be fair use.

2 Live Crew created a song called “Pretty Woman,” which was a parody on Roy Orbison's famous “Oh, Pretty Woman.” The parody song contained most of the melodies of the original, but replaced many of the lyrics with crude references. Before its release, 2 Live Crew requested a license from Acuff-Rose Music but were denied. The group released the parody song anyway.

After the parody song gained in popularity, Acuff-Rose sued 2 Live Crew for copyright infringement. The Court of Appeals held that the commercial nature of the parody song meant that it could not be fair use, regardless of how the other fair use factors come out. However, the Supreme Court eventually held that while commercial nature of the song is a factor to be considered, it is not enough on its own to render a use to be per se unfair.

The Supreme Court remanded the case to be decided in accordance with this sentiment. The parties eventually settled out of court, with 2 Live Crew agreeing to license the sale of its parody song.

The Verve initially received permission for use of a few notes from the string melody of this version of The Last Time from the record label that released it, but the Stones quickly sued for plagiarism as they believed the Verve used more of the song than was agreed upon. The band settled with the Rolling Stones and its manager in 1997, giving Mick Jagger and Keith Richards songwriter credits.

In 1999, the Verve were also sued by Andrew Oldham, the composer of the orchestral instrumental, for royalty payments. Due to these lawsuits, Oldham, Mick Jagger, and Richards collected all royalties on “Bitter Sweet Symphony” for many years.

In November 2018, the Verve revealed that Mick Jagger and Keith Richards had signed over all of their publishing rights for “Bitter Sweet Symphony” as a gesture of good will. This, of course, comes after collecting royalty checks for more than two decades, but the Verve finally have their song back.

Vanilla Ice's hit song “Ice Ice Baby” uses the famous bass line popularized in the song “Under Pressure” by Queen and David Bowie. “Ice Ice Baby” became the first rap single to hit the number 1 spot on the Billboard Hot 100 and made Vanilla Ice into the well-known hip-hop star he became.

However, Ice did not obtain permission to use the sample taken from “Under Pressure” from Queen and David Bowie, who naturally threatened to sue for copyright infringement to protect their rights in the material. Ice originally claimed that he added a note to the bass line, but later said he was just joking about that after that theory was quickly disproved. The matter was settled out of court and Queen and David Bowie were paid an undisclosed sum and also credited as co-writers of “Ice Ice Baby.”

Ice later paid $4 million to re-acquire the publishing rights, because he believed that was a better option than continuing to pay Bowie and Queen royalty checks in perpetuity.

“Big Pimpin'” was a very popular rap song released in 1999 by Jay-Z and Timbaland. The song featured a sample from “Khosara Khosara,” a song written by Baligh Hamdy in 1960 for an Egyptian film titled Fata Ahlami. Hamdy was not initially credited on “Big Pimpin'.”

Producer Timbaland claims that he thought the Egyptian tune was in the public domain, but it was not. Music Publisher EMI had acquired the rights to the song from Hamdy's heirs and immediately asserted its rights upon the release of “Big Pimpin'.” Timbaland settled out of court and paid EMI $100,000 for a license to use the sample.

However, in 2007, Hamdy's nephew, Fahmy, filed a copyright infringement case attempting to assert his uncle's moral rights in the work, alleging that Jay-Z had mutilated the song. Fahmy was permitted to pursue damages for distribution of “Big Pimpin'” from three years prior to the filing of the suit in 2007 up to the present (2015).

In May 2018, the 9th Circuit Court of Appeals in Pasadena, California ruled that the nephew of Hamdy did not have legal standing to proceed with his copyright claims over his uncle's song. The suit was based upon the Egyptian moral rights law that allows authors to object to improper use of their copyrighted works. The case turned on the fact that, in the United States, all rights are transferable, and Fahmy did not retain any moral rights in the copyrighted work after all copyright rights were transferred to EMI. Additionally, the right that Fahmy was claiming he retained under Egyptian law only entitles him to injunctive relief in Egypt, not damages.

In August 2018, Nicki Minaj released a song called “Sorry” with rapper Nas. A few months after the release, Tracy Chapman sued, claiming that “Sorry” uses both the lyrics and the vocal melody from her 1988 song “Baby Can I Hold You.” Minaj's team had sent a formal request to use parts of Chapman's song in July 2018, but that request was denied.

After the request was denied, Minaj decided to leave the song off her album Queen, but the track was still leaked a short time after that, prompting the lawsuit from Chapman.

To avoid trial in this lawsuit, Chapman and Minaj recently reached a settlement agreement where Minaj will pay $450,000 to Chapman. Minaj states that she ultimately believes that a court would have found her sampling to be a fair use of Chapman's song, but that litigating the case would have cost her more than what she had to pay in the settlement agreement.

It is very difficult to obtain permission from artists to sample their works. This makes it important for all creators to be aware of the four fair use factors and how courts apply them to ensure that they are using other artists' material in a way that does not infringe upon the original artists' copyright rights.  If you need any legal help with copyright fair use, licensing, or music contracts assistance, call us at (877) 276-5084.  We have been helping clients succeed since 2004!

This blog was written by Justin DeLuca, musician and law clerk for Vondran Legal® and Arizona State University law student.

VIDEO:  Make sure to SUBSCRIBE to our popular legal YouTube channel and join over 36,000 folks who love our videos!!!