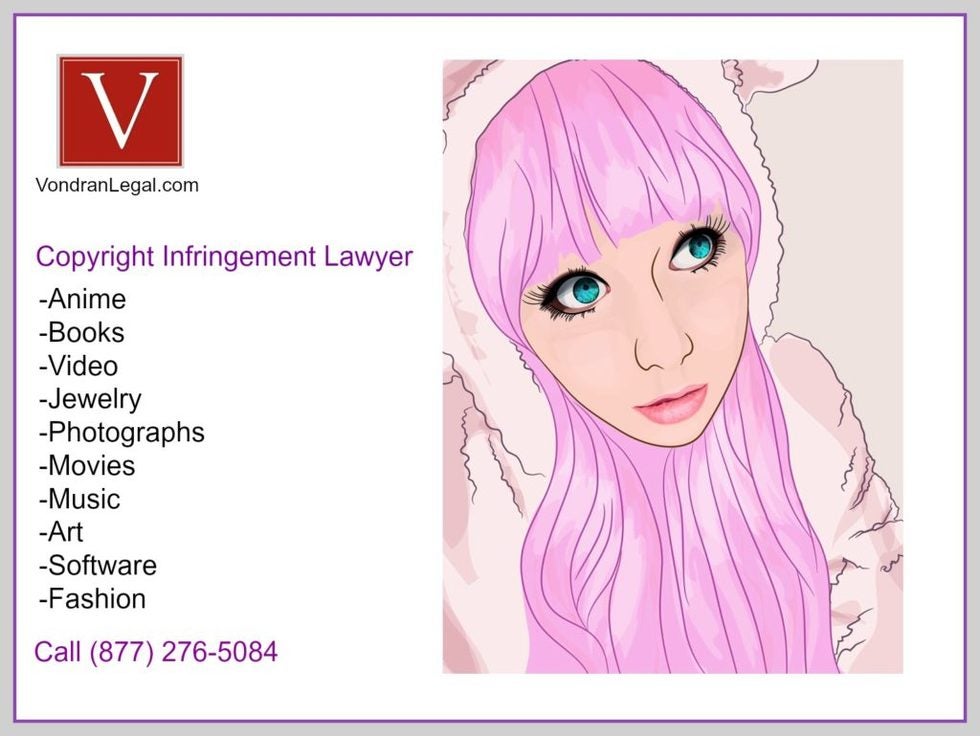 All types of digital content can be subject to claims of copyright infringement.  In this blog, we discuss “Anime” infringement from one of the larger companies, FUNIMATION!  If you received an infringement notice, or notice of subpoena from your ISP, call us at the number below, or email us at the address on the right side of this page.

“Anime…also called Japanimation, is hand-drawn or computer animation associated with Japan. The word anime is the Japanese term for animation, which means all forms of animated media.  Outside Japan, anime refers specifically to animation from Japan or as a Japanese-disseminated animation style often characterized by colorful graphics, vibrant characters and fantastical themes. Arguably, the culturally abstract approach to the word's meaning may open up the possibility of anime produced in countries other than Japan.  For simplicity, many Westerners strictly view anime as a Japanese animation product.  Some scholars suggest defining anime as specifically or quintessentially Japanese may be related to a new form of orientalism.”

“Funimation Productions, LLC (commonly known as Funimation) is a Flower Mound, Texas-based entertainment, anime, and foreign content distributor owned by Sony Pictures Entertainment, a division of the Japanese conglomerate Sony. The studio is one of the leading distributors of anime and other foreign entertainment properties in North America alongside Viz Media, Sentai Filmworks and Aniplex of America. Their most popular property is Toei Animation's action-adventure series Dragon Ball Z, which had a successful run on Cartoon Network's Toonami block from 1998 to 2003, and has been re-released on DVD and Blu-ray several times since.”

Plaintiff is an entertainment company, which produces, markets and distributes animated motion pictures and other media in the United States and numerous other territories. Plaintiff brings this action to stop Defendants from copying and distributing unauthorized copies of the animated motion picture, “The Legend Is Born: IP Man” over the internet.

Plaintiff is both the exclusive U.S. distributor and copyright owner of the motion picture in question, the copyright registration for which has been duly submitted to the U.S. Copyright Office.

The true names of Defendants are unknown to Plaintiff at this time. What is known to Plaintiff are the Internet Protocol (“IP”) addresses of the internet accounts by which Defendants conducted their unlawful activities. These IP addresses are assigned to account holders by their internet service provider, such as Comcast, Verizon and Time Warner Cable. The IP addresses, along with the date and time the infringement occurred, can be used by the service provider to identify the persons responsible for the internet accounts in question.

The IP addresses of the internet accounts that were witnessed as being involved in the infringing activity, together with the date and time of the infringing activity, are included on Exhibit A hereto. The information obtained during discovery will lead to the identification of the account holders, who may themselves be liable for the infringement, or who, at a minimum, can give Plaintiff its only opportunity to obtain the identities of the true infringers thus enabling Plaintiff to amend this Complaint, replacing John Does with named Defendants. Plaintiff further believes that the information obtained in discovery may lead to the identification of additional infringing parties to be added to this Complaint as Defendants, since monitoring of this infringement is ongoing.

Using computers equipped with , each Defendant sought out a swarm named for Plaintiff's motion picture. Upon finding the swarm, Defendants downloaded a special file called a “.torrent” file, which contains a unique key, known as a hash, that identifies the swarm in question. With this key and other information in the .torrent file, each defendant then connected to this specific swarm that was “sharing” Plaintiff's motion picture and each then began downloading Plaintiff's film, piece by piece, from the other members in the group simultaneously. Every piece of the film that Defendants successfully downloaded would then be made instantly available to new members joining the group and those pieces would be uploaded to new members in a matter of seconds per piece.

Exhibit A lists the IP addresses of the internet accounts by which Defendants collectively participated to reproduce and distribute the copyrighted work in question. In doing so, Defendants have violated Plaintiff's exclusive rights of reproduction and distribution. The foregoing acts of infringement have been willful, intentional, and in disregard of and with indifference to the rights of Plaintiff.

As a result of each Defendant's infringement of Plaintiff's exclusive rights under copyright, Plaintiff is entitled to relief from Defendants, jointly and severally pursuant, to 17 U.S.C. § 504 and to its reasonable attorney's fees and full costs pursuant to 17 U.S.C. § 505.

The conduct of each Defendant is causing and, unless enjoined and restrained by this Court, will continue to cause Plaintiff great and irreparable injury. Pursuant to 17 U.S.C. §§ 502 and 503, Plaintiff is entitled to injunctive relief prohibiting each Defendant from further infringing Plaintiff's copyright and ordering that each Defendant destroy all copies of the copyrighted motion picture “The Legend Is Born: IP Man,” made in violation of Plaintiff's exclusive rights to the copyright.

WHEREFORE, Plaintiff prays for judgment against each Defendant as follows:

b. For actual damages or statutory damages pursuant to 17 U.S.C. § 504, at the election of the Plaintiff.

e. For such other and further relief as the Court deems proper