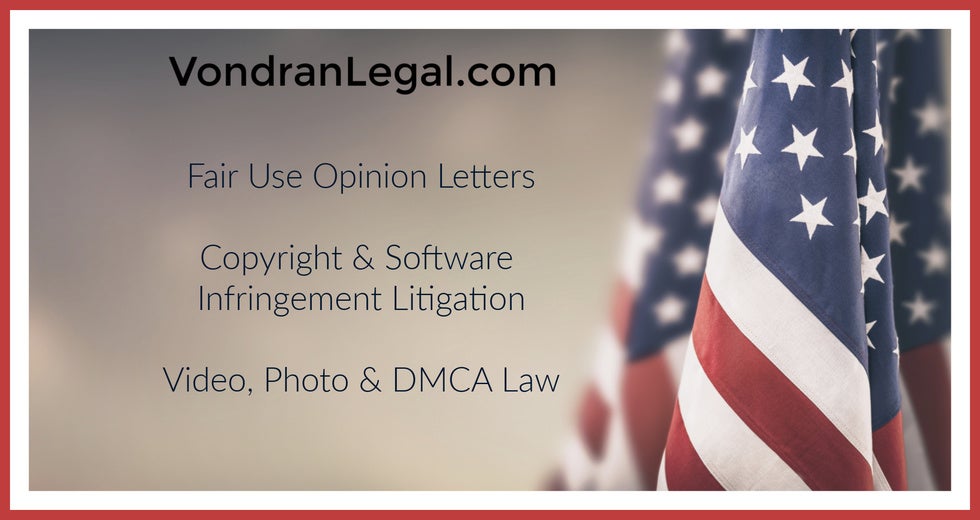 Here are some of the important fair use cases to know.  Some FIND a fair use and some DO NOT.  Call us if you need a fair use opinion letter.  We offer low flat rate legal fees for most non-litigation assignment.

Summary: Boris Shirman recorded interviews with and took photographs of young voters voting in the 2016 presidential election. Shirman compiled these into a video montage. WHEC, a TV news broadcaster, aired a story about first-time voters in the upcoming election and used portions of the audio and video of Shirman's video. Fair use WAS NOT FOUND.

Important Factors: WHEC simply repackaged/republished Shirman's video for commercial purposes (not in favor of fair use). Shirman often licenses his work, so its use by WHEC in a non-transformative matter impacted his ability to profit (not in favor of fair use). The court considered WHEC's claim that the amount used was unsubstantial, however, this was dismissed after consideration of the previous two factors.

Summary: BWP Media owns copyrights to photos of celebrities and writes gossip articles. Gossip Cop used three photos from one of BWP Media's articles without authorization in a piece that critiqued the article for whether it was real or rumors. Fair use WAS NOT FOUND.

Summary: LANS filmed segments of the 1992 LA riots. Reuters recorded their broadcast and transmitted it to overseas subscribers. Fair use WAS NOT FOUND.

Summary: LANS filmed segments of the 1992 LA riots. LANS refused to grant a license to KCAL-TV to use the footage, but KCAL-TV used it multiple times on commercially sponsored news programs anyway. Fair use WAS NOT FOUND.

Summary: USTA paid for one subscription of Television Digest's newsletter. They photocopied the one copy they had paid for and distributed it to their employees. Fair use WAS NOT FOUND.

Important Factors: USTA argued that its use of the newsletter was for educating and news reporting purposes, but this was dismissed when its use was deemed commercial because the copying saved USTA the costs of paying for multiple subscriptions (not in favor of fair use). The argument that the use was for time-shifting (i.e. recording a TV show on your DVR) purposes was dismissed because the newsletter could be “put aside and read at any time” (not in favor of fair use).

Summary: Iowa State University-owned copyright for a student film that documented a student-athlete preparing for the 1972 Olympics. ABC broadcasted portions of the film without authorization. Fair use WAS NOT FOUND.

Summary: Steven Ferdman, a photographer, took photos of actor Tom Holland at the filming of Spider-Man: Homecoming. He uploaded the photographs to a licensing service. GameSpot (online publication of CBS) used Ferdman's photos in two articles about the movie without authorization. Fair use WAS NOT FOUND.

Are there other copyright infringement defenses? 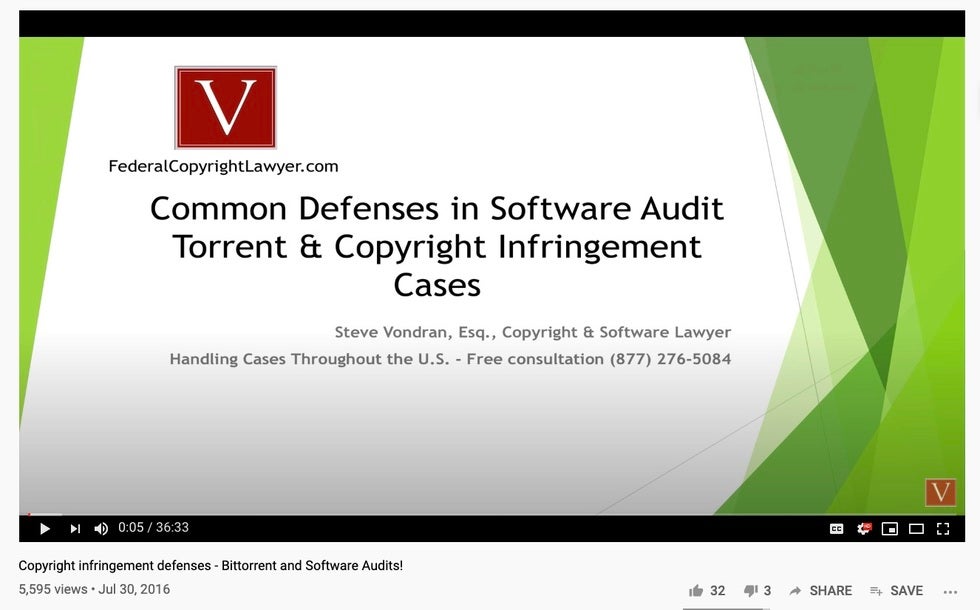 VIDEO:  Watch Attorney Steve® explain common copyright infringement defenses in this video.  Make sure to SUBSCRIBE to our great channel to join over 21,000 others who love our legal videos.

There are many different times you may need to retain an intellectual property lawyer.  We can help your company with copyright clearance, fair use opinions, and analysis, copyright infringement cases (for both Plaintiff and Defendants), DMCA takedown notices and counter-notifications, photo infringement, software audits and litigation, Torrent Defense (ex. Strike 3 Holdings, LLC cases in California), and other technology-related cases.