Streaming Movies can lead to claims of federal copyright infringement 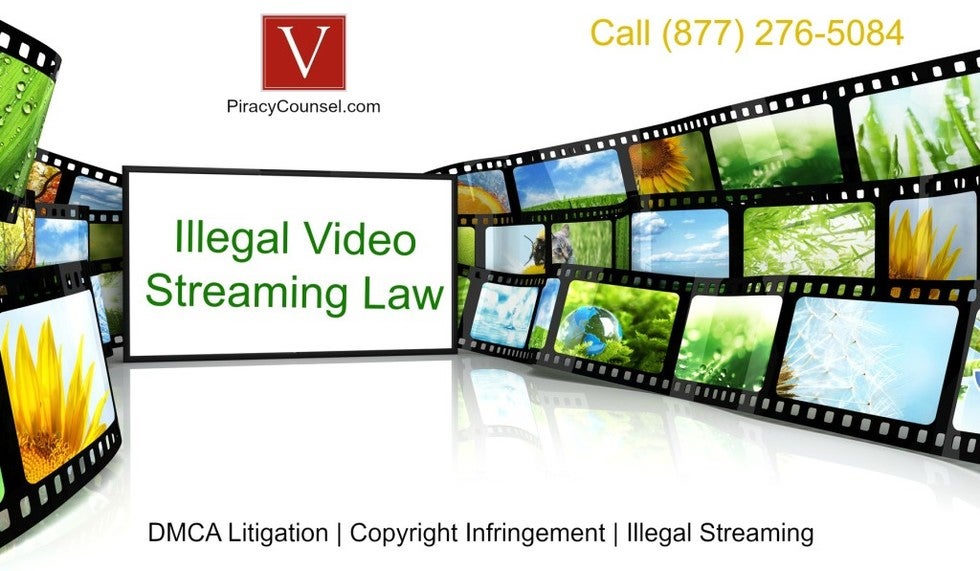 What is this Kodi box application (formerly XBox Media Centra – “XBMC”)?  It's like a killer media organization platform that allows you to gain access to all kinds of TV shows, sports pay per view, and movies but is it legal?  This blog discusses the technology in general (which can be installed on smartphones like Android, and computers) and gives readers a couple of things to think about including making sure your “piracy” add ons are not violating the law.  Call us if you are involved in any cutting edge legal issues involving streaming media technology.

Here is one case that discusses a legal challenge to the “fully loaded Kodi application” as the article notes:

“Middlesbrough trader Brian Thompson appeared in court, accused of selling equipment that “facilitated the circumvention” of copyright protection measures. He pleaded not guilty to three charges. The trial has been described as a landmark case by industry watchers.”

What is Foxfire stick?

According to ConsumerReports.org the Firestick

“Like other stick-style players, Fire TV plugs into an HDMI input on the back of your TV. The player seems surprisingly robust for its size, according to the specs, with a dual-core processor, 1GB of RAM, 8GB of built-in storage, and dual-band, dual-antenna Wi-Fi. It shouldn't be quite as fast as Fire TV, which has a quad-core processor, but faster than other stick-style players we've tested. Like its larger sibling, Fire TV Stick has access to a several streaming video services, including Amazon (Prime and Instant), Hulu Plus, Netflix, Showtime Anytime, and YouTube, plus WatchESPN for sports, and PBS Kids and Watch Disney Channel for kids. Music fans can get streaming songs from Amazon Prime, Pandora, and Spotify.”

What is Kodi streaming platform?

“Kodi (formerly XBMC) is a free and open-source media player software application developed by the XBMC Foundation, a non-profit technology consortium Kodi is available for multiple operating systems and hardware platforms, with a software 10-foot user interface for use with televisions and remote controls. It allows users to play and view most streaming media, such as videos, music, podcasts, and videos from the internet, as well as all common digital media files from local and network storage media. It is a multi-platform alternative to Windows Media Center for home-theater PC (HTPC) use Kodi is highly customizable: a variety of skins can change its appearance, and various plug-ins allow users to access streaming media content via online services such as Amazon Prime Instant Video, Crackle, Pandora Internet Radio, Rhapsody, Spotify, and YouTube.

The later versions also have a personal, video-recorder (PVR) graphical front end for receiving live television with electronic program guide (EPG) and high-definition digital video recorder (DVR) support.[ The software was created as an independently developed homebrew media player application named Xbox Media Center (abbreviated as XBMC) for the first-generation Xbox game console, and was later made available under the name XBMC as a native application for Android, Linux, BSD, macOS, iOS, and Microsoft Windows-based operating systems.  It is also available as a standalone version referred to as Kodibuntu. Because of its open source and cross-platform nature, with its core code written in C++ (ANSI standard), modified versions of Kodi/XBMC together with a JeOS have been used as a software appliance suite or software framework in a variety of devices including smart TVs, set-top boxes, digital signage, hotel television systems, network connected media players and embedded systems based on armhf platform like Raspberry Pi. Derivative applications such as MediaPortal, Plex, ToFu, Voddler, and Horizon TV have been spun off from XBMC or Kodi. On 1 August 2014, it was announced that starting with version 14, XBMC would be renamed Kodi. On 10 November 2015 the KODI trademark was registered by the XBMC Foundation.”

Can Kodi be used illegally?

“One of the most compelling features of Kodi is that it can fill the role of a media streaming device. Users can stream TV shows and movies onto a TV using Kodi—which is perfectly fine provided one has a subscription if the service is paid (like Netflix or access to cable channels). In fact, it wasn't so long ago the Amazon Appstore included a Kodi app to make it easy for customers to install Kodi on Amazon Fire TV and Fire Stick. But Amazon pulled that app last year, saying Kodi can be “used to facilitate the piracy or illegal download of content”. And it certainly can. Kodi's open-source development platform means anyone with the know-how can create add-ons and plugins for Kodi. And there are a lot of them that run toward a legal gray area.In fact, many of the most popular Kodi add-ons — like Phoenix, Genesis, Channel 1, Ice Films, and others that let you watch paid TV without paying — are of highly questionable legality. So much so that, if you use these add-ons without also using a VPN with Kodi to stream safely and privately, you're taking a big risk. (NordVPN is one of the best-rated VPNs for Kodi, by both users and security experts.”

As the article notes, Kodi is not illegal even though it can be used illegally.  However, the post also discussed some of the arguments against Kodi:

At any rate, you can watch a lot of videos on youtube and people are using Kodi legally in some cases and people are watching Live TV, pay-per-view and more by simply installing the stick into the HDMI port on their television.  Sometimes this is advertised as allowing users to avoid paying for Sky sport channels, BT sports and Netflix.

With the popularity of the Kodi device for Android, peoplease are programming and loading firesticks to be able to receive pirated content and selling these on Amazon.com, eBay, local newspapers and even facebook.  Here is a sample of some products being sold on the internet.

As one article from Alphr.com noted:

“Kodi is one of the most powerful pieces of entertainment software around and lets users stream a range of content – whether it's from the web or local devices. But with so much on offer – including movies and games – it's understandable to ask: “Is Kodi legal?” The simple answer is yes. In its most basic form, Kodi is a piece of streaming software designed to display content on a range of devices, and that means it's perfectly legal. However, just like a browser, torrent client, or any other computing tool, it's possible to use Kodi for less cut and dry purposes.”

Federal laws regarding streaming video on the internet

While the kodi application (which is “open source”) seems to suggest that streaming to the end user (with no download or copyright occurring) is  thought to be legal, one operator in the United Kingdom (UK) was recently ordered to cease and desist by Sky.  Here is press coverage on the case dealing with Ooberstick:

“The director said people did receive the Ooberstick hardware but they were annoyed because they could not watch some streams on it which were illegal. He said people were “moaning because they now can't watch Sky Sports”. A Norfolk Police spokesperson confirmed they were investigating allegations of conspiracy to defraud and money laundering linked to the selling of illegal IPTV devices.”

The point is this, if you are watching things that people normally pay for, you can expect the content or other companies to get upset.  Its a dangerous place to play ball right now, so the best advice is to think through all the potential legal issues before manufacturing these devices, distributing them, or enjoying the products as an end-user.

In one article by the San Diego Tribune:

“The problem is, this Kodi user is now an accidental online pirate — or, at the very least, operating in the gray area of digital copyright law, as established by The Digital Millennium Copyright Act, signed into law in 1998. In 2015, the value added by the core copyright industries — books, newspapers, movies, music, video games — to the U.S. gross domestic product surpassed $1.2 trillion dollars, accounting for 6.9 percent of the U.S. economy, according to a recent report prepared for the International Intellectual Property Alliance. Yet those who view copyrighted content without payment or permission, aren't contributing to this financial system. They're also unquestionably engaging in an illegal activity, said Rahul Telang, professor of information systems and management at Carnegie Mellon University. “It's copyright infringement,” Telang said. “By law, you're breaking the law.”

Makes sure to scroll down and view their chart on how the streaming is done.

We can help business owners, product creators and end users involving in streaming law over the internet.  We have experience in federal copyright cases, DMCA law, and technology in general.  Call us at (877) 276-5084 for a no cost initial discussion.  In many non-litigation cases we can offer low flat rate (predictable) legal fees.  We accept copyright and trademark cases nationwide subject to local rules.