What is Judicial notice? 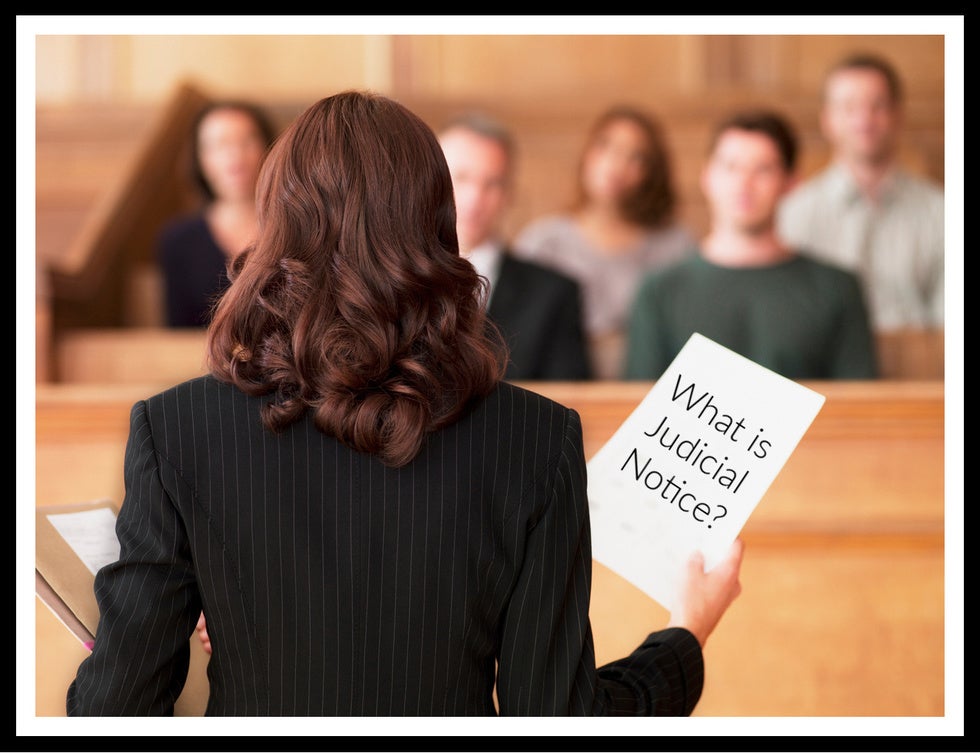 In court, you have to PROVE your allegations and that is usually done through the presentation and authentication of EVIDENCE such as:

But there is another form of evidence known as Judicial notice.

Asking the Court to "Take Judicial Notice" of a Fact

Some things are so obvious the Court should not waste the jury's time establishing certain facts, this is where you can ask a court to take judicial notice:

“A court shall take judicial notice if requested by a party and supplied with the necessary information.” An adjudicative fact may be judicially noticed if it is “not subject to reasonable dispute in that it is either:

(1) generally known within the territorial jurisdiction of the trial court,

(2) capable of accurate and ready determination by resort to sources whose accuracy cannot reasonably be questioned.”

California state evidence law explains some things that can be subject to judicial notice:

Judicial notice shall be taken of the following:

(a) The decisional, constitutional, and public statutory law of this state and of the United States and the provisions of any charter described in Section 3, 4, or 5 of Article XI of the California Constitution.

(c) Rules of professional conduct for members of the bar adopted pursuant to Section 6076 of the Business and Professions Code and rules of practice and procedure for the courts of this state adopted by the Judicial Council.

(e) The true signification of all English words and phrases and of all legal expressions.

(f) Facts and propositions of generalized knowledge that are so universally known that they cannot reasonably be the subject of dispute.

452. Judicial notice may be taken of the following matters to the extent that they are not embraced within Section 451:

(g) Facts and propositions that are of such common knowledge within the territorial jurisdiction of the court that they cannot reasonably be the subject of dispute.

(h) Facts and propositions that are not reasonably subject to dispute and are capable of immediate and accurate determination by resort to sources of reasonably indisputable accuracy.

We can be reached at (877) 276-5084 or by filling out the contact form below.  We handle federal copyright infringement lawsuits in California and Arizona.  We have offices in San Francisco, Newport Beach, Santa Monica, Phoenix, and San. Diego.