What is the Communications Decency Act? 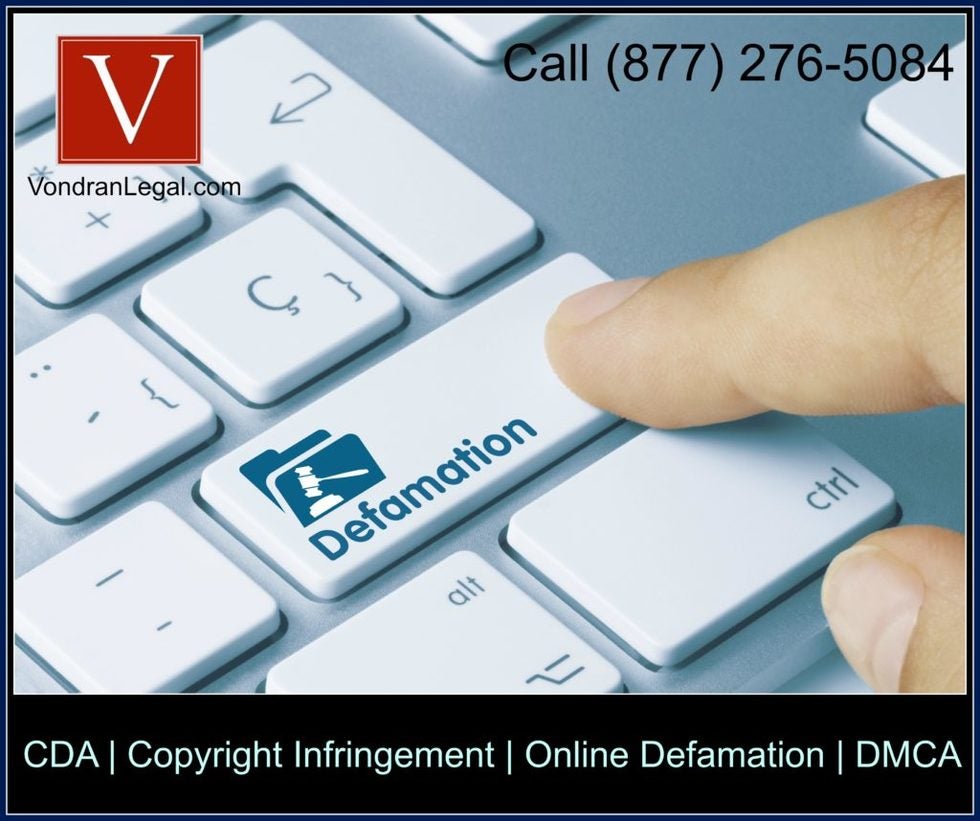 A website like Youtube, Twitter and Facebook are bound to wind up with defamatory comments posted on its websites.  But does that make the interactive service provider liable for defamation simply because the comments are posted on their websites?  In general, no as the Communications Decency Act (“CDA”) provides certain immunities under section 230 that can be raised as an affirmative defense.

The AOL case was a good case that explained the purpose of the CDA:

“Because § 230 was successfully advanced by AOL in the district court as a defense to Zeran's claims, we shall briefly examine its operation here.  Zeran seeks to hold AOL liable for defamatory speech initiated by a third party. He argued to the district court that once he notified AOL of the unidentified third party's hoax, AOL had a duty to remove the defamatory posting promptly, to notify its subscribers of the message's false nature, and to effectively screen future defamatory material. Section 230 entered this litigation as an affirmative defense pled by AOL. The company claimed that Congress immunized interactive computer service providers from claims based on information posted by a third party. The case further noted: “The relevant portion of § 230 states: “No provider or user of an interactive computer service shall be treated as the publisher or speaker of any information provided by another information content provider.” 47 U.S.C. § 230(c)(1). By its plain language, § 230 creates a federal immunity to any cause of action that would make service providers liable for information originating with a third-party user of the service. Specifically, § 230 precludes courts from entertaining claims that would place a computer service provider in a publisher's role. Thus, lawsuits seeking to hold a service provider liable for its exercise of a publisher's traditional editorial functions—such as deciding whether to publish, withdraw, postpone or alter content—are barred. The Court explained the purpose for the immunity: “The purpose of this statutory immunity is not difficult to discern. Congress recognized the threat that tort-based lawsuits pose to freedom of speech in the new and burgeoning Internet medium. The imposition of tort liability on service providers for the communications of others represented, for Congress, simply another form of intrusive government regulation of speech. Section 230 was enacted, in part, to maintain the robust nature of Internet communication and, accordingly, to keep government interference in the medium to a minimum. In specific statutory findings, Congress recognized the Internet and interactive computer services as offering “a forum for a true diversity of political discourse, unique opportunities for cultural development, and myriad avenues for intellectual activity.”  Id. § 230(a)(3). It also found that the Internet and interactive computer services “have flourished, to the benefit of all Americans,  with a minimum of government regulation.”  Id. § 230(a)(4) (emphasis added). Congress further stated that it is “the policy of the United States … to preserve the vibrant and competitive free market that presently exists for the Internet and other interactive computer services,  unfettered by Federal or State regulation.” The original defamer can still be held liable as the Court recognized: “None of this means, of course, that the original culpable party who posts defamatory messages would escape accountability. While Congress acted to keep government regulation of the Internet to a minimum, it also found it to be the policy of the United States “to ensure vigorous enforcement of Federal criminal laws to deter and punish trafficking in obscenity, stalking, and harassment by means of computer.”  Id. § 230(b)(5). Congress made a policy choice, however, not to deter harmful online speech through the separate route of imposing tort liability on companies that serve as intermediaries for other parties' potentially injurious messages. Congress' purpose in providing the § 230 immunity was thus evident. Interactive computer services have millions of users.  See  Reno v. ACLU (noting that at time of district court trial, “commercial online services had almost 12 million individual subscribers”). The amount of information communicated via interactive computer services is therefore staggering. The specter of tort liability in an area of such prolific speech would have an obvious chilling effect. It would be impossible for service providers to screen each of their millions of postings for possible problems. Faced with potential liability for each message republished by their services, interactive computer service providers might choose to severely restrict the number and type of messages posted. Congress considered the weight of the speech interests implicated and chose to immunize service providers to avoid any such restrictive effect. The Court discussed other important considerations: “Another important purpose of § 230 was to encourage service providers to self-regulate the dissemination of offensive material over their services. In this respect, § 230 responded to a New York state court decision,  Stratton Oakmont, Inc. v. Prodigy Servs. Co., (N.Y.Sup.Ct. May 24, 1995). There, the plaintiffs sued Prodigy—an interactive computer service like AOL—for defamatory comments made by an unidentified party on one of Prodigy's bulletin boards. The court held Prodigy to the strict liability standard normally applied to original publishers of defamatory statements, rejecting Prodigy's claims that it should be held only to the lower “knowledge” standard usually reserved for distributors. The court reasoned that Prodigy acted more like an original publisher than a distributor both because it advertised its practice of controlling content on its service and because it actively screened and edited messages posted on its bulletin boards. “Congress enacted § 230 to remove the disincentives to self-regulation created by the  Stratton Oakmont decision. Under that court's holding, computer service providers who regulated the dissemination of offensive material on their services risked subjecting themselves to liability, because such regulation cast the service provider in the role of a publisher. Fearing that the specter of liability would therefore deter service providers from blocking and screening offensive material, Congress enacted § 230's broad immunity “to remove disincentives for the development and utilization of blocking and filtering technologies that empower parents to restrict their children's access to objectionable or inappropriate online material.” 47 U.S.C. § 230(b)(4). In line with this purpose, § 230 forbids the imposition of publisher liability on a service provider for the exercise of its editorial and self-regulatory functions.” See Zeran v. Am. Online, Inc., 129 F.3d 327, 330–31 (4th Cir. 1997)

Here is what the law says: (c)Protection for “Good Samaritan” blocking and screening of offensive material

(1) Treatment of publisher or speaker

No provider or user of an interactive computer service shall be treated as the publisher or speaker of any information provided by another information content provider.

(A) any action voluntarily taken in good faith to restrict access to or availability of material that the provider or user considers to be  obscene, lewd, lascivious, filthy, excessively violent, harassing, or otherwise objectionable, whether or not such material is constitutionally protected; or (B) any action taken to enable or make available to  information content providers or others the technical means to restrict access to material described in paragraph (1).

We can represent both Plaintiff and Defendant (service providers) with cases of online infringement, account shutdown, defamation and copyright or trademark infringement on the internet.  We can also help with intermediary liability issues and laws including the Copyright takedown and DMCA anti-circumvention.  Call us at (877) 276-5084.