Where you “SNATCHED” by a copyright infringement notice?

Torrent Defense Lawyer – Did you get snatched up by an infringement notice?

VIDEO:  Click on the picture above to hear me explain this legal concept.  Make sure to SUBSCRIBE to our legal channel, and join over 4,200 other people who get free updates when we launch new videos.  As we like to say “Be Smarter Than Your Friends.”

This blog deals with yet another movie, the downloading of which may trigger a copyright infringement notice.  You may have received a letter from your ISP (ex. AT&T, Time Warner Cable, Charter, Verizon, Cox, etc.) telling you that you have illegally downloaded a movie that is copyrighted by a third party.  The letter may be a mere WARNING or it could be an infringement letter that could lead to either a lawsuit, or a demand for compensation.  If you are not sure (or think it may be SPAM), before you shred the document and ignore it, call us for a free legal review.  Our contact information is on the right side of this page. 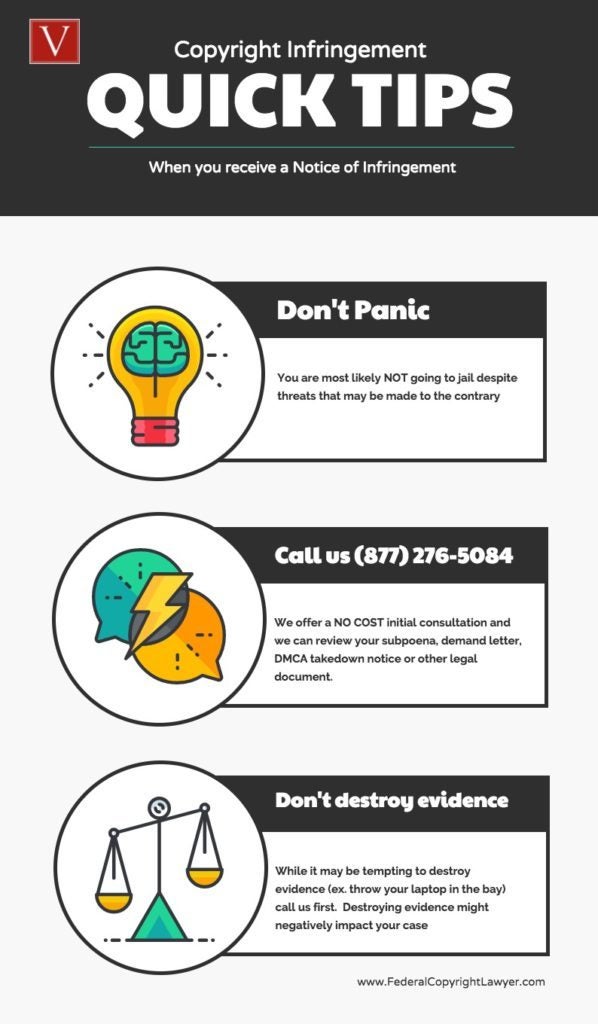 What is the Snatched Movie?

“Snatched is a 2017 American comedy film directed by Jonathan Levine and written by Katie Dippold. The film stars Amy Schumer and Goldie Hawn (in her first film since 2002's The Banger Sisters), with Joan Cusack, Ike Barinholtz, Wanda Sykes and Christopher Meloni in supporting roles, and depicts a mother and daughter who are abducted while on vacation in South America. Snatched was premiered in New York City on May 2, 2017, was theatrically released on May 12, 2017 by 20th Century Fox. The film received mixed reviews and grossed $60 million worldwide on a $42 million budget.”

What are my options when dealing with a copyright movie holder?

A typical question I get when someone receives a cease and desist letter or subpoena (giving them notice they are involved in a “Doe Lawsuit”) is “what are my options?”  Generally speaking, here are some of the key points.  Keep in mind, every case is different and governed by its own facts:

1. You can ignore the letter

2.  You can address the letter (admit downloading) and seek to settle the case with a confidential settlement agreement.

3.  You can address the letter, (deny liability) and fight the case

If you are not sure what to do, call us for a free consultation.

Watch this video – “Should I ignore the Demand Letter”

VIDEO:  Click on the picture above to watch our legal information video.  Make sure to SUBSCRIBE as 4,000 other people have done!!

We have experience helping Defendants around the United States who are facing allegations involving infringement of federal copyright laws.  Call us at (877) 276-5084 for a free initial talk with Attorney Steve, the Copyright Lawyer.